Hands On With Assassin’s Creed Syndicate 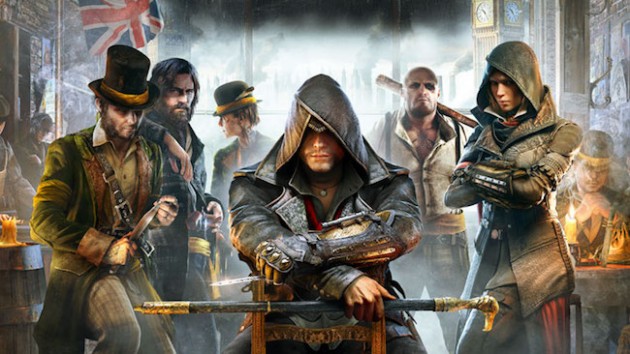 Control the underground, and rid London of the Templar threat. That is the core of Ubisoft’s newest entry in the Assassin’s franchise, Assassin’s Creed Syndicate. Set during the Industrial Revolution, the game follows the story of Jacob Frye – with help from his twin sister Evie – and his journey to lead the street gang The Rooks and wipe out the corruption that engulfs the city.

Enough About the Setup, Get to the Hands On Stuff

I woke up early on E3 Day 2 unable to go back to sleep with one thing on my mind, playing AC:Syndicate. I moved other appointments around to ensure I had the time to wait in what was one of the longest lines at E3 I’ve stood in a couple of years. After being treated to a brief guided introduction video, I was brought to a station to play the game.

I jumped into a section of the game where my mission was to take control of a gang stronghold by defeating some of it’s key members. As I moved around the city, I found that the free run controls were much improved from the previous game, Assassin’s Creed Unity. In Unity, many times where I wanted the Arno – the protagonist of the game – to go/ascend he did not. Sometimes it was slightly off to the left, or to the right of where I was aiming him. This lead to a crazy amount of being discovered by enemies when I really didn’t want to, and the abandonment of hope of completing the game.

Syndicate is not like that all.
Jacob Frye moves differently than Arno – when not in stealth mode – there’s a swagger to his walk. Jacob is a brawler out to fight for what is right. Armed with the all-new Rope Launcher – an instant zip-line tool that allows for quick transitions from the ground to the top of high buildings, and buildings that are too far apart to free run and jump across – to brass knuckles, poison darts, and of course the requisite Assassin Hidden Blade. Because it’s not Assassin’s Creed without a kick-ass hidden blade.

I jumped right into battle as there are no changes to the navigation HUD from the previous game I was easily able to figure out where I needed to go, and what we – Jacob and I – needed to do. As I came across my first group of gang members to take out, I learned there were multiple ways I could go about it. In the area there were several things I could interact with and cause them to fall onto the bad guys to inflict harm, from a safe distance. I could poison some of the enemies with a berserk dart which would drive them temporarily crazy and make them attack each other, or I could go all-in Leroy Jenkins style. For my first encounter, I chose the stealth route.

I lured one enemy over by hiding behind a fence and whistling to attract them to me where I then initiated an assassinate take down. Cool. Calm. Quietly deadly. Then I moved on to the next area, perched upon a roof out of enemy line-of-sight, where I shot a berserk dart into a flaming trash can that spread the poison to 2 of the 3 enemies I needed to take down. With a smirk on my face I watched the brute of the group take out the two underlings before performing a “death from above” assassinate kill. This left me with only 2 other members to kill that came quickly and easily. And I think that’s what I loved most about my hands on time with the game.

All the new additions and gameplay came easily to me. 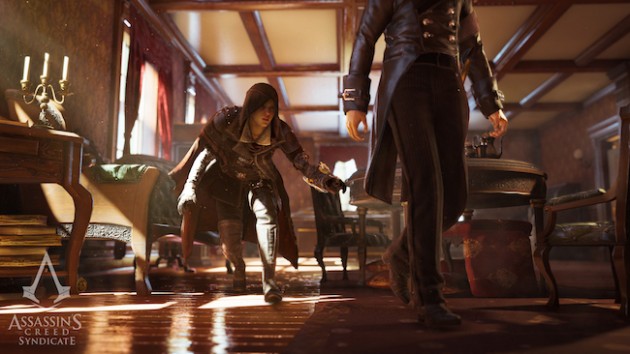 And they will feel like second-nature to veteran players of the franchise. For new players, there was no difficulty in learning how to use the rope launcher, or adjusting to Jacobs brawler-type attack style. Identifying good areas to go stealth in versus ones to make a direct assault came naturally just by quickly surveying the area. Switching between ranged weapons seemed a bit tighter, and Jacob always moves where you expect him to as you are fighting. In the state it’s in right now, Syndicate feels really good when you play it – like Revelations good – which is great for the franchise, and even better for fans of the franchise. And while I did not get the chance to play as Evie, knowing that her style is the direct counter to Jacob’s – where he’s a brawler with some stealth skills, she’s more of a stealth-er with some brawling skills – if she moves anything like Jacob, we’re all in for a good time this October.