Survival is a genre that has seen a huge push in the last few years. From zombie-filled wastelands to just the wilderness, these games create living and breathing worlds for players to experience in whatever way they choose. To that end, it was only a matter of time before someone took up the mantle to create a world where I can ride freaking dinosaurs. In addition, with the power of VR, you can visit this world in a more real way than ever before. Ladies and gentlemen, let’s have a chat about a little game called ARK: Survival Evolved. 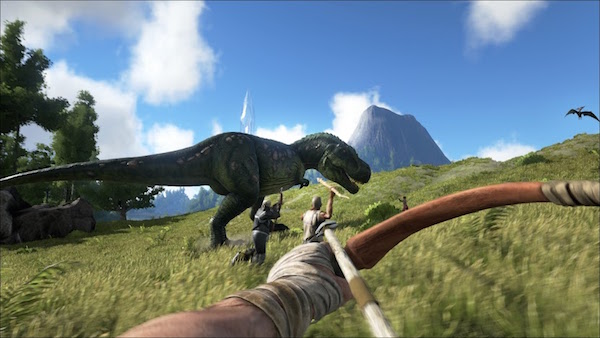 The mark of a good survival game is the flexibility it allows. In ARK: Survival Evolved, you earn experience doing nearly every action in the game. That way, instead of the game nudging you towards playing the way it wants you to play, you get to choose how to live in the world. Having a chat with the developer as I played, he mentioned that his wife plays the game without killing anything at all. Simply building a house and exploring the world, surviving you might say, is enough for the game if that’s the way you want to play it.

The game is currently still in early access on Steam, but I still got to spend lots of time with a wide variety of dinos during my play time. From huge to roughly human-sized, there are a bunch of prehistoric pals to tame already in there. You can even name your prehistoric pals and in the demo I was playing they had thrown in some well-appreciated The Land Before Time references in there by naming the appropriate dinosaurs after their movie counterparts. 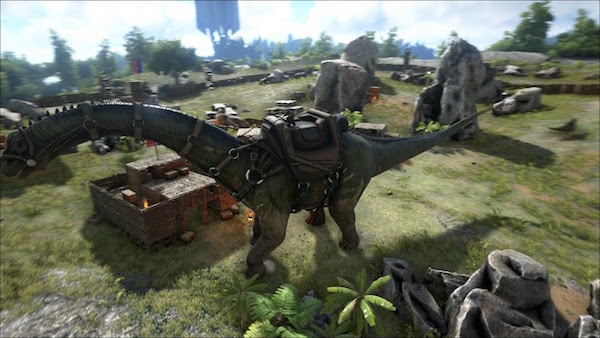 In the world of ARK: Survival Evolved, there are lots of things to do: building a house, crafting supplies, trying out berries and training dinos to name a few. To tame a dinosaur so that you can ride it, there are several things you need to do first. You’ll need a saddle to attach to the creature and you’ll need some kind of weapon to knock the beast out. Once sleepy-time has been achieved, simply feed it the type of berries that make it happy and it will forgive you for knocking it out and be your best friend. Once tamed, you can issue a number of commands to your dinosaur, including following you and pooping.

Keeping in mind that this game is still in development, I did have a few issues trying it out. Dinosaurs got caught on each other a few times and I got hung up on the geometry while walking around. That being said, it was still a ton of fun riding the dinos around the world and just exploring around. At one moment, I turned around and there was a t-rex practically on top of me and I wasn’t expecting just how terrifying that would be for me. I’m pretty sure I wouldn’t needed a new pair of pants had I been wearing an Oculus when that happened as well. 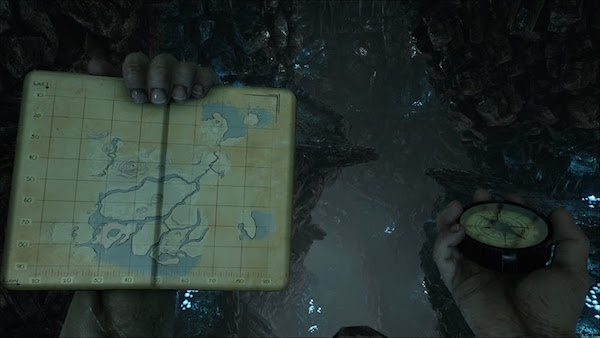 If you’ve ever dreamed of going back in time and exploring a world filled with dinosaurs, ARK: Survival Evolved has already, even in early access, come a long way to realizing just that. With the immersion of VR and the flexibility to play your own way, the game is well on its way to being a standout survival experience. ARK: Survival Evolved is currently available on PC via Steam Early Access and will be coming to Xbox One and PS4 in June of 2016. Check it out and try not to soil yourself when you get attacked by a T-rex!

Day 0: And The Winners Are…

Love is in the rumor mill for...