Trading card games were kind of my thing when I was growing up. I dabbled in Magic: The Gathering and even managed to get creamed in a few Pokémon tournaments. It wasn’t until I tried out the Yu-Gi-Oh!
card game that I really hit my stride. I’ve long since been out of it,
but in my day I won a few tournaments and even got verified as a judge.
As such, I was excited to try out the new Yu-Gi-Oh! Legacy of the Duelist
game from Konami. Making the lore of the TV series the focus, the game
has some great ideas, but is being held back by a few issues.

Love it or hate it, you can’t deny the original series of Yu-Gi-Oh! was crazy and often lots of fun. In Yu-Gi-Oh! Legacy of the Duelist,
they’ve made the various TV series the focus of the game in a very
interesting way. The game has a single-player mode where you can play
various key duels across each series. In each of them, both player’s
decks are very smartly crafted to make sure similar, if not the same,
combos get played as the ones from the show. After you complete these
duels, you can then switch it up and play as the other duelist from that
same fight.

The original series, especially towards the beginning, played hard
and fast with the rules of the actual game. This leads to several of the
early duels being extremely tough because of the horrid decks those
characters possessed at the time. Often they would win because of some
variance on a rule that doesn’t exist. I actually enjoyed having to deal
with this however and the fun of seeing those familiar cards come up
hit the nail on the head. The added challenge of getting through those
duels added a great challenge to the game and then going back around and
trouncing the computer in the reverse duel was satisfying. 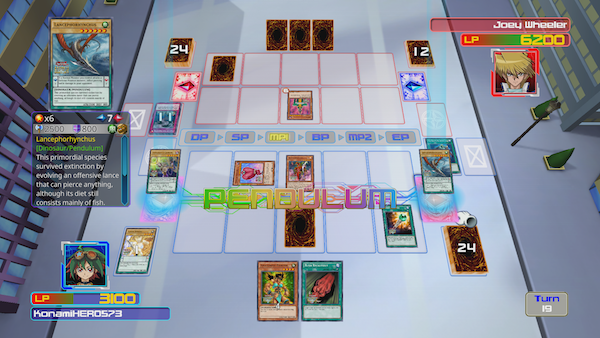 If you’ve ever played a trading-card game, you know that often there
are many different phases in which a card can be activated. In Yu-Gi-Oh!
specifically, there are some cards that could be activated in any of
them if the conditions are right. Herein lies my main issue with this
game: If a card can be activated, the game will ask you if you’d like to
at every instance in which it could. This means, if you have a trap
card you’re saving for a specific moment, you need to tell the game “no”
what feels like ten times every turn. This was a big enough problem
that there were instances where I made an nonstrategic move just so that
the game would stop asking me.

In a first for me, I had to go back to an older version of the game
so I could understand where it went wrong. In this instance, the last
version I had was Yu-Gi-Oh! World Championship 2007. The
difference I found was in the checks that were performed. In both games,
you are able to choose any available phase to move into at any time. In
the older game, if you chose to end your turn, assuming that you
consciously made this decision, it moves to the end of your turn without
any activation notifications. By contrast, in Yu-Gi-Oh! Legacy of the Duelist
it will notify you of every opportunity to activate a card regardless
of whether it makes sense. This badly breaks up the action and can make
playing way more tedious than it needs to be. 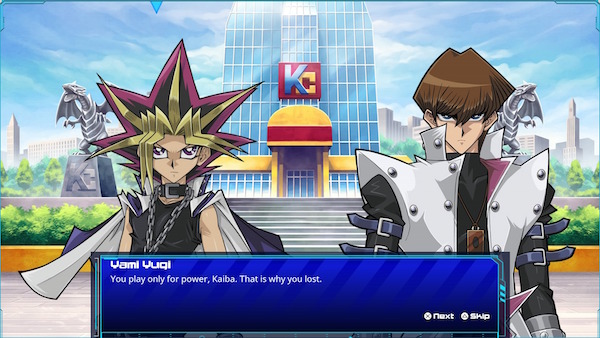 For me, I love to play with a randomly made deck in these kinds of games. Legacy of the Duelist
offers a mode where, upon spending a small amount of in-game currency,
it opens a selection of random booster packs and builds you a deck out
of what comes out. You can then battle against others who have done the
same which makes for quite a fun duel. Online duels have their own set
of issues, but largely they’ve existed for a while. Occasionally, when
you’ve set up a combo that will win the game, you’ll see your opponent
pause for a while as they deduce that they’ve lost and then disconnect.
This occurrence is not very avoidable, but it does still happen and
takes a bit of the fun out of winning.

This would be the Yu-Gi-Oh! game I’ve been waiting for since
the card game launched, if not for the constant interruptions caused by
the activation checks. There is a well thought-out game underneath this
issue and I still largely enjoyed my time with it. If you’re a fan of
any of the cartoon series, you’ll enjoy going through the campaign and
dueling with the decks of all your favorite characters. Right now you
can play Yu-Gi-Oh! Legacy of the Duelist on the PS4 and Xbox One.