How do you make a horror game that isn't about the jump scare, that isn't out to frighten you every few minutes. I guess you have to be Albino Lullaby. Albino Lullaby is the digital child of developer Ape Law. This is the company's gaming debut.

The hook of Albino Lullaby is that it doesn't rely on spewing blood and guts, or jump scares. Instead, Albino Lullaby goes for the gross, creepy, bizarre, and repulsive. It's also a bit funny. The game goes big in its very first minutes. There is a cataclysmic event, like cosmic bombs went off. You don't know who your character is, or why he is standing outside this exploding mansion. Somehow, someway, you end up inside the mansion. For a good stretch, you  are in this area alone, but the presence of those who live in the mansion are felt. You see it in every strange portrait, disgusting letter, and unsettling room.

Lullaby  looks like the scratchy sketchbook of a comic book artist. Those portraits I mentioned? They are cartoony, but that does not make them any less unsettling. In less than an hour, you'll have your first encounter with the Grandchildren. These...people are not happy to see you walking around. Maybe they're jealous, because they, don't walk on two feet anymore; they sort of slither along the ground, leaving a green trail of ooze everywhere they go. Maybe they don't like that an outsider is among them. They've created a society underground, far from the "worms," only to have you ruin their peace.

So what do these Grandchildren look like? I saw no images of them before playing, so I was surprised. I don't know what I expected the Grandchildren to look like, but I did expect to be more horrified by what they look like. Even though it's no secret, I'll leave the reveal of these transformed beings to your eyes. They are to be feared, but not for their appearance. If they catch a glimpse of you, they'll chase you down, and the screen darkens until it's game over, and you're sent back to your last checkpoint.

Oh boy, let's talk about checkpoints. The game is in first person, and the keyboard bindings cannot be customized- at least not at this point in development. So I'll end up falling off a cliff, being caught as I fumble with WASD, or, early on, walking into flames for no good reason. For me, the checkpointing in Lullaby  can be frustrating. Rather than giving you saves after each difficult obstacle you get past, Albino Lullaby seems to put checkpoints right before you've come to a  significant moment in the story. With each death, you also get a "try harder next time" message, which wouldn't irritate me if I wasn't taken so far back from my goal.

It's not like Lullaby is unbearably tough. When playing, though, the challenge is in getting past patrols, hopefully without angering the Grandchildren, getting them hot on your tail. So when the checkpoints can be far apart, and without indication, you just hope that you have advanced enough to breathe easy.

I forgive Albino Lullaby's small faults, because it is so entertaining. The dialogue oozes with cheese and madness. The word of the Grandchildren is awe-inspiring and bizarre. Even down to the sounds, I have had, and will continue to have. a great time with this crazed horror tale.

Albino Lullaby: Episode 1 is available on Steam, the Humble store, or Indie Game Stand. Additional episodes of Albino Lullaby are set to debut in early 2016. For more of my screenshots (I will give a tepid spoiler warning) from episode 1, go to EGMnow.

‘Dancing All Night’ Puts On a Good... 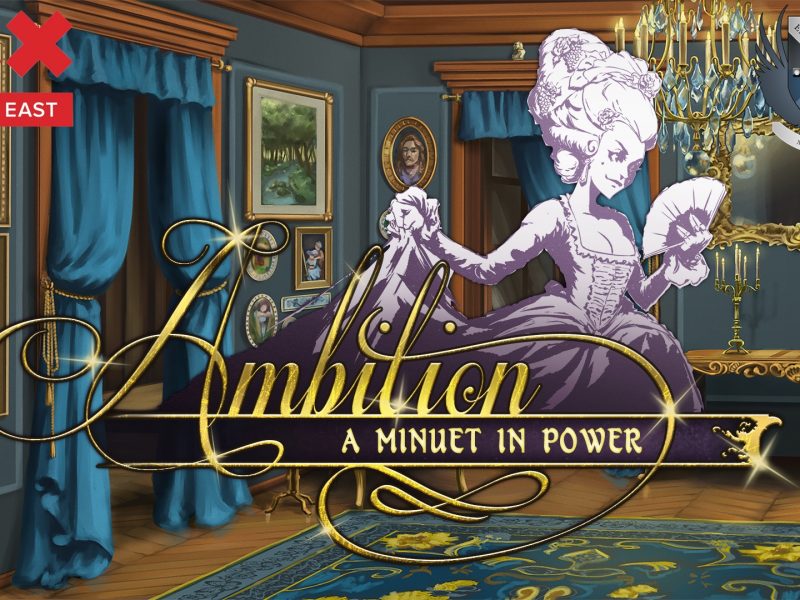