HomeComicsBatman vs. Superman vs. EVERYONE ELSE!
Comics / Film

Batman vs. Superman vs. EVERYONE ELSE!

Yes, we've probably all seen or heard about it at this point. The newest Batman vs Superman: Dawn of Justice trailer. Initial reactions are excitement with the villain reveal, and that oh-so silky smooth Batman voice. This comic book fan is incredibly skeptical, though.

There's still some speculation on who the villain is that's revealed. Some think it might be Parasite. Others are thinking it could be Wraith. There are even some who think it might be an odd hybrid of multiple enemies thrown together (sort of like what they did with Mickey Rourke and Whiplash in Iron Man 2). It's totally Doomsday, though. Not that this is a good sign, but Doomsday is a pretty big deal. Seeing him thrown into this raises a lot of questions. 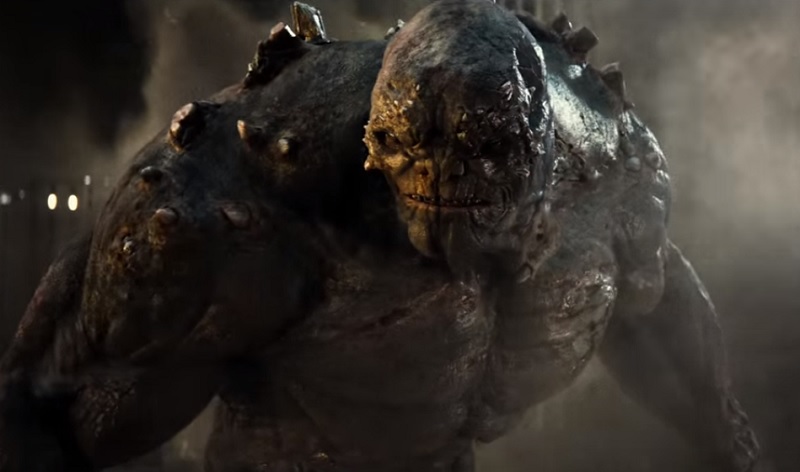 I'm no doctor... but Zod didn't become Doomsday at any point, did he?

This movie is supposed to be Batman vs Superman.... Not Superman versus everyone that's ever kicked his ass. Three of some of Superman's toughest opponents make appearances in this trailer. Not only do we get a look at Doomsday, we also see Wonder Woman. She also fought Superman in the comics (Wonder Woman #219). We all knew that she was going to be making an appearance but for what purpose? It'll either be a brief cameo, OR it's just too much Wonder Woman.  I love Wonder Woman... I always have, but I feel like adding her in is too much fan service for one movie.

The title of this movie isn't Justice League. Some sources are stating that Aquaman and Flash are set to appear at some point. Again, let's consult the title of the film and stop trying to add everyone in the DC Universe to the cast.

*POTENTIAL SPOILER ALERT*
If you're not familiar with comic book lore, Doomsday is actually one of the only characters in DC History that's responsible for defeating Superman. He's not the only one, but he's on a list of few.

Superman has fought against Batman, Doomsday, and Wonder Woman in the comics. Should we expect to see the same in Dawn of Justice? When the movie announcement was first made, I was really hoping for Kryptonite gloves but now I'm not so sure it will happen. I'm not expecting a lot of comic-book appropriate reference in this film anymore, and the gloves aren't the only reason.

At one point in the trailer we see Lex Luthor ushering in a large case. When the case is opened we see General Zod - the villain from Man of Steel. After that quick little peek, Doomsday is introduced. This leads me to believe that General Zod is going to be used to create Doomsday.

Doomsday's story is much more in depth and sinister. To take a lesser known villain, and to turn him into what is easily one of the best Superman villains ever is a little disappointing. You're tying two completely separate characters into one story arch. Anyone remember when Ang Lee tried this with The Hulk? I do... and the Absorbing Man was lame.

We're just getting too many aspects. This story line already looks cumbersome and now that these extra characters have been introduced there's no telling what could be expected. With this character count, there are definitely too many heroes and villains in the proverbial kitchen.

Fans were excited enough to see the two big wigs of DC battle it out on the big screen, it's been a long time coming. With all these additions this movie really is starting to become reminiscent of Spiderman 3. We all remember how horribly that went right? Well let's hope I'm wrong. You should check out the trailer and share your thoughts! Let's all hope that this movie is going to turn out much better than I'm anticipating. Thanks for reading!