People these days don't understand that Dennis the Menace was an absolute panic in the 1950s and 1960s. It took off like a rocket, even moreso than Charles Schulz's Peanuts. Peanuts didn't become a big hit until the TV specials started in the mid-1960s.

But Dennis the Menace was what would today be called a social media hit. It was talked about everywhere. Ketcham, who had previously worked for Disney on films such as Pinocchio, was desperate to come up with a daily one-panel comic strip. He was investigating an idea for a strip about a little kid when his wife Alice started complaining of their own son Dennis, "He's such a menace." The name stuck.

And thus, the blond-haired six-year-old with a cowlick was born. And, in the ensuing 65 years since he was "born," Dennis remains that wide-eyed six-year-old who forever torments his neighbor Mr. Wilson. 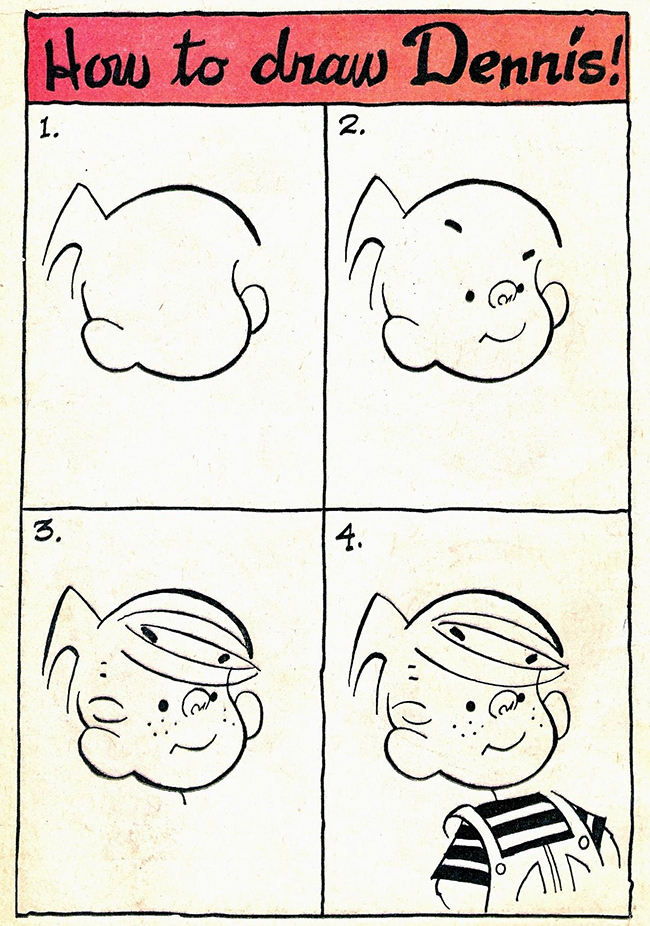 As I say, the strip was a panic. The closest thing that comes to it was the attention paid to the Peanuts characters in the 1960s or Calvin and Hobbes in the 1990s. It was a cultural phenomenon. Art Linkletter's best-selling "Kids Say the Darndest Things" book was illustrated with Dennis the Menace cartoons. There was a half-hour TV show starring Jay North back in the days when there were only three networks. There were Sunday multi-panel strips, comic books and books of compilations of the daily panels.

Unfortunately, life did not turn out that way for anyone else in the story. In real life, Dennis's mother Alice was an alcoholic and died of an accidental drug overdose in 1959. Dennis's dad packed the family off to Switzerland and remarried. Dennis was shipped off to boarding school in Connecticut. He later served in Vietnam, and when he returned, he was diagnosed with PTSD. The ordeal left him estranged from his father, who continued accruing wealth from his name.

Think of the difficulty going through life that Dennis Ketcham had having to put up with the tag "Dennis the Menace" everywhere he went. When asked about his son, Hank would say only that Dennis would contact him once a year and ask for money. 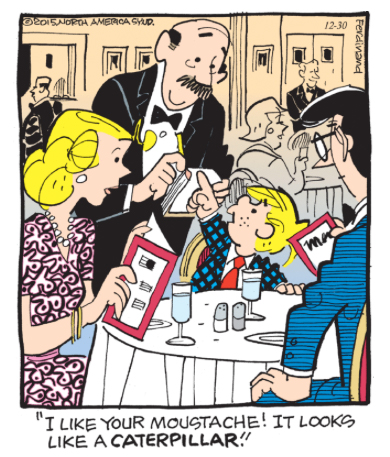 Dennis the Menace, as he appears these days

It's a heartbreaking story. It would be like Andy Taylor complaining about an adult Opie or Howard Cunningham complaining about adult Richie. Yet, Hank Ketcham, after being widowed and divorced from his second wife and remarried for a third time, was still pushing on, drawing about a terror in junior-sized clothes.

And it didn't help that Dennis, the cartoon character, was no longer portrayed as a "Menace." He became an "everykid." He became benevolent. As I said in the beginning, I have had difficulty with the thought of Dennis -- whether real or in cartoons -- since I became an adult.

Is Dennis Ketcham still alive? I don't know. He would be almost 70 if he were. I hope he at least has found some peace within himself. None of us should have to live all these years with the reminder of the menace we were when we were four.