It's the 75th anniversary for the comics character Archie Andrews and, as far as I'm concerned, it's been almost that long since the character has been funny. Apparently, the strip was funny back before I was alive -- and it hasn't been very relevant since then.

Most comic strips on contemporary topics tried to stay relevant to those times. After all, Clark Kent went from being a mild-mannered reporter for a newspaper to a mild-mannered TV news anchor and now he's a mild-mannered blogger. Captain America and Wonder Woman didn't stay stuck in World War II. Blondie started out as a flapper in the 1920s, but she has remained a respectable mother all these years.

That didn't apply to Archie. He continued to wear a black sweater with a giant "R" for years. Even after he finally gave up the letter sweater, he continued driving his junky Model T long after the car became prized -- and priced -- as a classic. For years, high school principal Mr. Weatherbee was made fun of for his picture as a lowly World War I doughboy. Heck, simply being an adult during World War I would make Weatherbee about 120 years old now.

The comic book series finally got an update a couple of years ago. Archie got married -- to both Betty and Veronica. The comic was split into two pieces: one half showed what would happen if Archie married Betty and the other half showed what would happen if he married Veronica. It didn't end well. Archie got killed trying to save someone else's life.

Now the whole thing has been rebooted. I can't bring myself to read one of the things. I invested too much time and effort reading all the Archie-related comic books back in the 1960s. 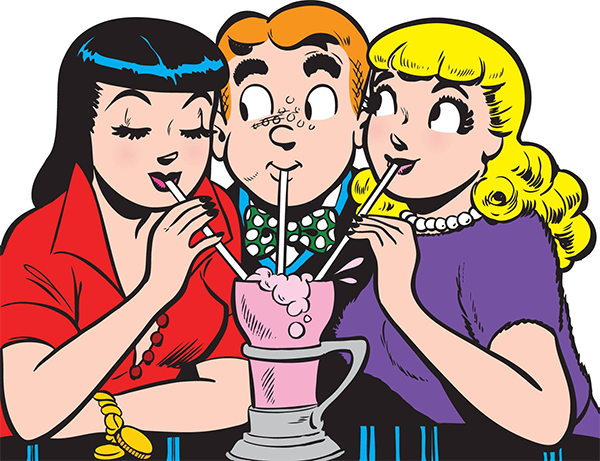 Although I don't mind saying what I didn't like about the Archie comics of my youth, there were things I liked just fine: Betty, Veronica and Jughead, in particular. They were pure, unchanging, intelligent characters. My attraction to Betty and Veronica had mostly to do with hormones, of course. As Jessica Rabbit says in the "Roger Rabbit" movie, "I'm not bad, I'm just drawn that way."

As for Jughead, he wasn't egotistical like Reggie or stupid like Moose or a brainy show-off like Dexter. And that trademark thorny cap? Need I say more?

To celebrate the 75th anniversary, the company that prints Archie comics is bringing out a special issue of Archie and Me, repeating several of the series' stories. You can read all about it here. Archie and Me was not the oldest title in the series, in fact it didn't start until 1964. 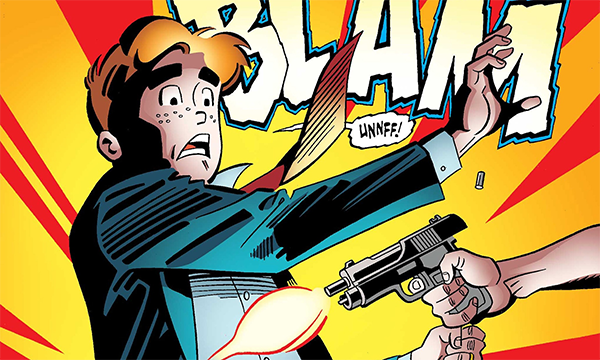 That particular comic was always a little strange to me because it centered on Archie's relationship with Weatherbee, who was often likened to Alfred Hitchcock in the series because of his resemblance to the famous director. But I suppose they sold plenty of copies because the series lasted until the late 1990s.

But the Archie title I never understood was the serious one: Life With Archie. This title started out as an action-adventure, telling longer stories which were often suspenseful or involved Archie's gang in dangerous or exotic locales, sort of a mix of Archie with Jonny Quest and Scooby-Doo. Later on, it showed Archie and the gang as karate experts and spies. They occasionally went into outer space and traveled to foreign lands. (And don't get me started on The Archies or the comic Little Archie, which was the equivalent of Muppet Babies.) Above all, it wasn't funny.

Life With Archie had everything I didn't want in a comic book. It wasn't like the other titles the company put out. It tried to spin a MESSAGE. And that message was obviously a heavy-handed message being spun by adults and directed at ME, a 10-year-old comic book reader.

I called comics "funny books" because that's what I looked for in a comic book. I didn't need somebody to preach to me for 32 pages in a package that I paid a whole 12 cents for. If I wanted someone to preach to me, I could endure that for free on any Sunday morning in any of the half-dozen protestant churches within a couple of miles of my house in Tulsa, Okla. 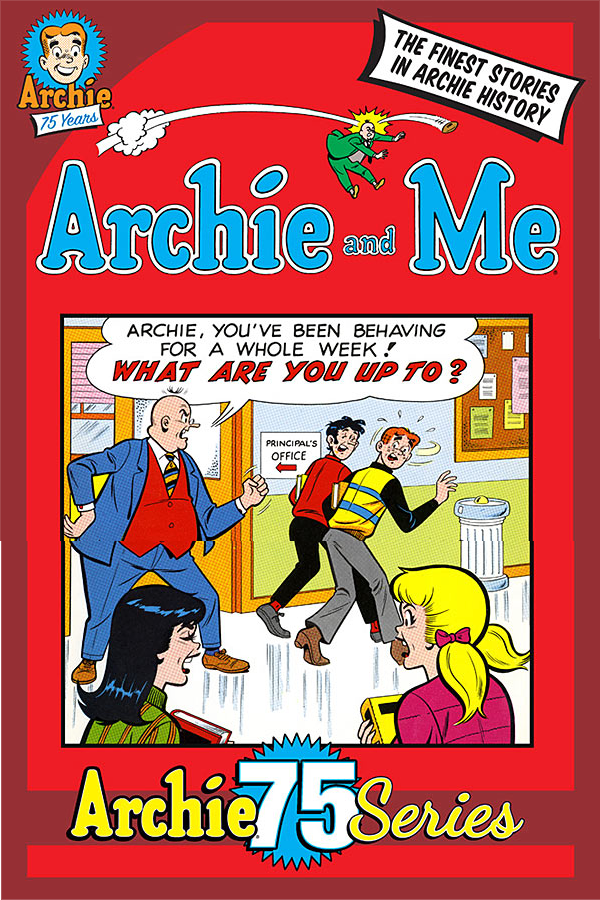 But that's what Life With Archie did. It preached to me. It told me how to be a good this and a good that. I got enough of that from all the adults around me. I was reading comics because I wanted a break from that. I wanted to read about high school hi-jinks, you know, what they're talking about at Pop's Chock-lit Shoppe. I wanted to see Betty and Veronica at the beach in their bikinis.

Finally, the writers of Life With Archie crossed the line. In one story, they delved into Christian dogma, writing about Romans crucifying Jesus and, as a result, the story said we give human babies names like James and John and call our dogs Nero. You know, I've got nothing against Jesus Christ, but that's not how intelligent people try to proselytize their religion. I stopped reading Life With Archie altogether that day.

When they killed Archie two years ago, they did it in Life With Archie. It's as if they had killed a major Star Wars character in that 1977 Christmas special. If you're gonna kill Archie, it had ought to be in a book called "Archie."

For anyone wanting to wish Archie Andrews a happy 75th birthday, I suggest you try to dig up a copy of the Mad Magazine parody published in the early 1950s called "Starchie." That's a really funny take on Archie and the teenage angst of the 1940s. But avoid anything having to do with Life With Archie.

From a Nazi stooge

What if James Joyce wrote comi...