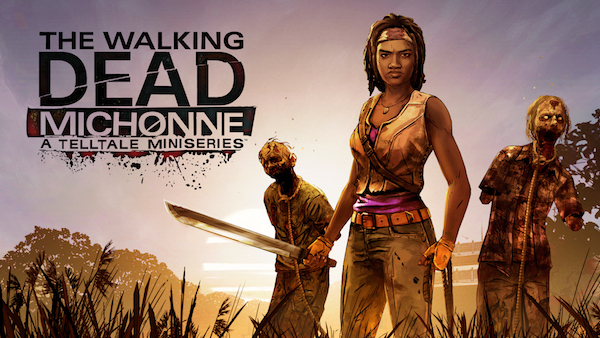 GAME REVIEW | Michonne Slices Into Her Own Miniseries

Telltale games have always been set in familiar universes and often featured appearance by familiar characters. The Walking Dead: Michonne - A Telltale Miniseries however, creates a new kind of landmark by being the first to cast the player in an already-established role. Easily the most badass character on the titular TV show, sorry Daryl, Michonne is one of the most mysterious and interesting roles it has to offer. The issue becomes whether her already-established personality clashes with the morality-steering mechanics paramount to the Telltale games series.

Full disclosure: I have not read very far into the comics series and have only made to it mid-season 5 in The Walking Dead TV show. That being said, since her introduction on the show, Michonne has always been a character with just enough mysteriousness about her past and motivations to keep her interesting. This makes her a great choice to fill in some back story and explore what helped make her the badass we see on the show. The flaw in this idea is that a lot of the excitement in these games are shaping the personality of the lead character with the moral choices littered throughout each episode and Michonne already has a pretty well-established personality. 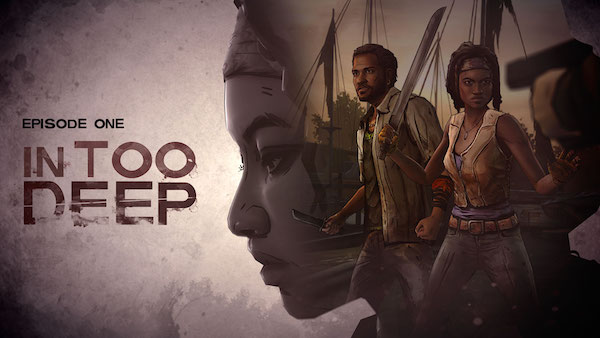 I started off this first episode, entitled In Too Deep, following my Telltale instincts and picking the dialogue options I would be more likely to choose. This immediately felt wrong, so I made a switch that really clicked for me in a way I wasn't expecting. Instead of molding Michonne in my own image, I decided to role play as Michonne and try to make the decisions I thought she would in each situation. This took that initial rub out of the equation and left me feeling much better about the first episode.

Amongst a decent amount of firsts this Telltale series accomplishes, The Walking Dead: Michonne is the only miniseries they have done. The entire season will only be three episodes spread out month to month. That being said, I was a little surprised by how quickly this first episode wrapped up. Don't get me wrong, plenty happens in the episode, but it only took me about 90 minutes to finish. This seems fairly consistent with some of the middle episodes of other seasons, but I'm used to the openers being a tad more robust. 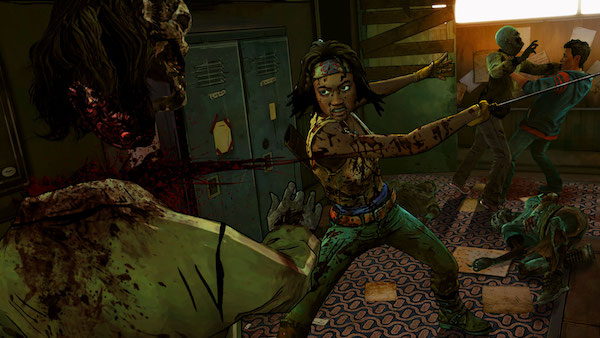 As per usual, Telltale sought out some great talent to do the voice work for this game. The entire cast does a great job and I was delighted to learn that Samira Wiley, probably best known as Poussey on Orange is the New Black, is playing the titular role. Cissy Jones, who played Delilah in recent release Firewatch, also had a stellar performance as Norma in this first episode. So much of the enjoyment in these narrative-driven adventure games comes from the dialogue and performances and this first episode managed to meet the high expectations set by Telltale's previous releases.

Graphically, there's nothing hugely distinctive about this spinoff except for one thing: the title credits. The intro is a stylish bomb they drop on you right after the tense opening moments. Taking scenes from the comics as the backdrop, this clearly Bond-inspired intro pairs amazing music with colorful visuals to really draw you in and get you excited for what's to come. If you're familiar with the fighting mechanics from the other games, you'll be right at home here. Nothing ever gets too crazy and the checkpoints are very forgiving to accommodate the occasional slip up. The game also brings with it Telltale's patented occasional frame rate hitches, but it's never bad enough to effect gameplay negatively. 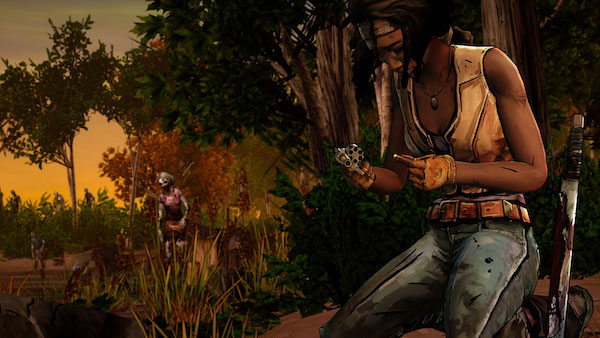 Coming into this first episode, I had some concerns about how their tested formula might apply to an already-existing character. After getting started, these fears have been easily put aside by a simple change in the way I played. If you are a fan of any of the multitudinous The Walking Dead series available to you, The Walking Dead: Michonne - A Telltale Miniseries Episode 1: In Too Deep is an easy recommendation and I look forward to seeing what the rest of this mini-series will bring. Check it out now on PC, Mac, PS4, PS3, Xbox One, Xbox 360, iOS and Android.

New frESHlook |A Tourist Guide to...