I like movies. I guess I love movies. But I've always tried to put movies in proper context with everything else around me.

But I'm not one of those people who thinks Star Wars -- any episode of it -- was The Greatest Movie of All Time.

Marvel fans are a different sort of people. It has taken me awhile to develop this theory, but the recent opening of the movie Deadpool has crystallized it.

You see, the attitude of true Marvel fans toward the movies made about Marvel characters is always the same. And this goes all the way back to the Howard the Duck film (produced by George Lucas!) and continues through the various Spider-Man films, Hulk films, X-Men films, Avengers films, Iron Man films and Fantastic Four films. Like the archaeolgical periods of mankind, there are Ages of Marvel Fans when it comes to Marvel movies:

Six months before a Marvel movie comes out, there begins a rumble, which turns into a roar. Marvel fans gather their voices to express their pleasure that a certain movie about a Marvel character is about to be released. They're excited. They're enthused. Their imaginations explode with the possibility that the movie will retell their favorite story line -- and it will be retold exactly, without wavering from that story line.

The fever grows. As the release date gets closer, they become convinced that it's all true. They can see the movie as it plays out in their heads. It will be exactly as they imagine it. They proclaim for the entire world to hear: It Will Be the Greatest Movie of All Time.

The movie is released. It's not what they imagined, but it is good enough just to have Marvel characters on the big screen. They have convinced all their friends to come with them, even the non-Marvel fans, and the movie itself has a giant first weekend at the box office.

Big numbers at the box office must mean their initial observation was correct: It is The Greatest Movie of All Time.

Marvel fans try not to notice that the critical reviews of the film are not that great. No critic joins in on their assertion that it is The Greatest Movie of All Time. Some critics may like some small facets of the film, but tend to give it a mediocre or even bad score.

(For those of you who disagree with this assertion, tell me something. Tell me how many Academy Awards has been won by any Marvel film. Like it or not, that's the gold standard. Heck, even Rocky won for Best Picture.)

But that doesn't matter to the Marvel fan. He or she sees the film a couple of times more, drinking in the fact that those are Marvel characters up there on the screen. They don't notice that they are increasingly alone in the theater. 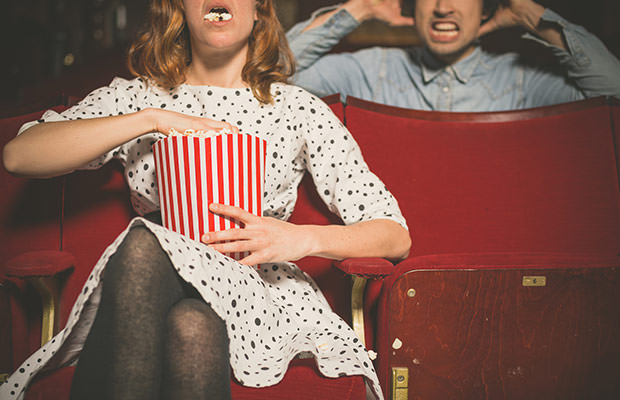 The movie comes out on video. Since they preordered it weeks earlier, it arrives on their doorstep on Day One. They open it and pop it in the machine to watch all the extras.

They don't pay that much attention to the movie itself because they've already seen it three or four times, so there's no longer much urgency. When they invite their friends to come watch, their friends come up with excuses why they can't make it.

When they eventually rewatch the movie, they pay attention to the small things. One thing the Marvel fan pays extra attention to is that scene at the end of the credits -- the scene where they give hints about the next film coming up.

Then it hits the Marvel fan. That next film in the series, why that's liable to be The Greatest Movie of All Time.

It's six months after the release of the movie. The movie that the Marvel fan loved so much is now the butt of jokes by that comedians. Sometimes the name of the movie is all that's needed to be the punch line of a derisive joke.

The Marvel fan has distanced himself or herself from the film. When asked about it, the Marvel fan admits that there were things he or she didn't like about it. The Marvel fan complains that the movie should have had this scene or that scene -- and they should have never killed that character. It ruins the continuity.

But, they'll always say, just wait until the next movie. That movie will be The Greatest Movie of All Time.

And the cycle repeats itself.