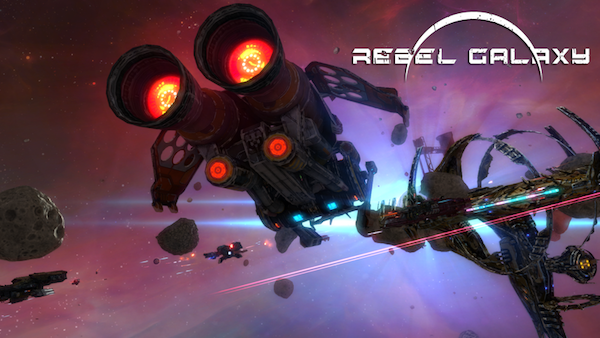 REVIEW | Conquer the 'Rebel Galaxy' Your Own Way

Trucking simulators have never really appealed to me. The concept of taking goods from one place to another in a video game doesn't exactly scream excitement and sounds more like work than play. Little did I know, all that was required was setting it in space and including blowing up other ships to hurtle me over to the opposite side of the fence. Rebel Galaxy brings the style and action necessary to make transporting goods as exciting as it is cathartic and relaxing.

Throwing you into the mix as an ordinary space citizen, Rebel Galaxy starts off by letting you know that you've received a small ship and a mysterious device from your Aunt Juno. It is then up to you to track down your missing Aunt by talking to some of the seedier types in the galaxy. You quickly discover that the artifact Juno sent you is more valuable than it seemed and tracking her down might prove more difficult than you had imagined. Without going much further into the relatively sparse narrative from the main campaign, I can safely say that if you've come for the story, it might end up disappointing you. Where Rebel Galaxy truly shines lies in the time-inhaling gameplay loop that they have cleverly created. 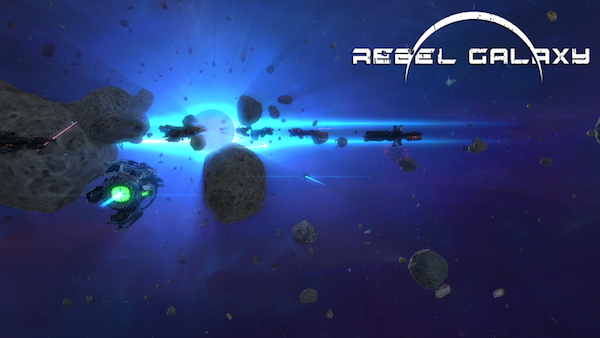 If you're familiar with the naval combat from Assassin's Creed IV: Black Flag, you'll be right at home playing Rebel Galaxy. As you travel the vast ocean of the cosmos, other space vessels will fire their canons at you. You must either blow them up harder and faster, or turn tail and run like the lily-livered coward you arrr. Too much? At any rate, the flow of combat feels very similar to the aforementioned Ubisoft title. Fly alongside other large ships and fire your broadside canons into them until their shields drop and they go boom. The bigger your ship, the more weapons you can attach, vastly upping the amount of damage you can do. Unlike many of your foes, your ship can only travel on a flat plane, so it still ends up feeling like an ocean even though you're flying through the galaxy. The game even provides some awesome tunes that fit the action perfectly as you blast your way through the universe.

Once you get started with Rebel Galaxy, there are many different ways you can proceed to play. Everything from: blowing up other ships, mining for resources, completing haul jobs, buying resources low and selling high in another area, collecting bounties on dangerous pirates, and even more are all valid ways of progressing the game. In fact, to make headway through the game, really the only thing you need to worry about is earning money. As you save up more, you can upgrade your ship with new parts that will allow you to better do the thing you prefer doing in increasingly more dangerous scenarios. It's this flexibility that makes Rebel Galaxy such an approachable game. One way of earning money starting to feel tedious? No problem, switch to something else. 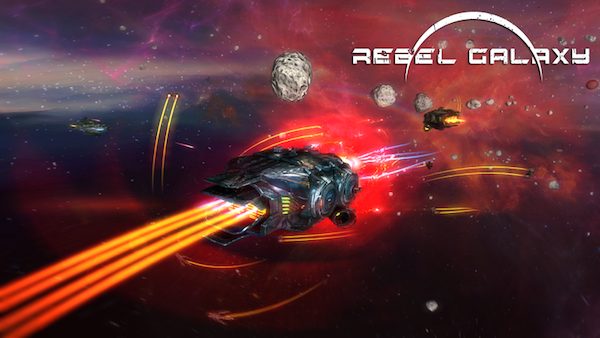 Starting off my journey, I was a cold-blooded mercenary who would go out and blow anyone into dust for a few galactic credits. Having gotten myself into a few scrapes, I liked being able to escape in a pinch, so I put some money into beefing up my engines. Midway through the campaign, I hit a bit of a slump. The weapons parts I wanted were very expensive and I was getting tired of the danger of having to redo a mission when I got blown away. To shake things up, I decided to try out one of the simple missions where all you have to do is transport cargo. It was worth decent credits and less risk involved. In what seemed like an hour later, it was already 1am and I had been hauling cargo for about 5 hours. Not only did this finally help me realize where people might find enjoyment in those trucking simulators, but it successfully pushed me past the slump and into the latter portion of the game.

The main problems with Rebel Galaxy, for me at least, ended up being transparency and the pacing of the main campaign. I could easily tell you everything that happens in the main story in a paragraph or two, but I probably put closer to 20-30 hours into the game. About half way through, the slump I had previously mentioned, it felt as though progress had grind to a halt. Jobs weren't paying out nearly as much as I needed to make progress and I was having a hard time figuring out why the missions were continuing to be difficult. The problem, as it turned out was that I was upgrading my ship unwisely and making it much harder on myself. 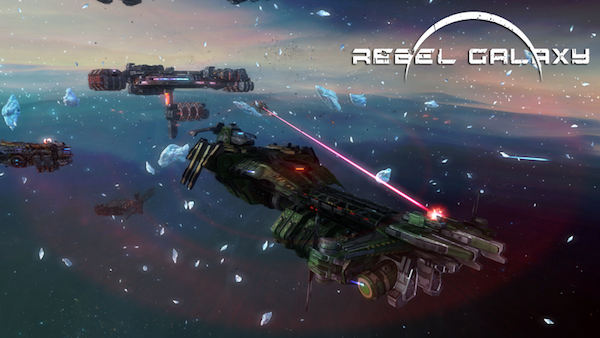 In many ways, I really loved the open-ended nature of Rebel Galaxy. Allowing you to approach progression in many ways by making the means for advancing through the story tied to one simple number is a wonderful idea. Keeping that in mind, I would have preferred if they had offered some assistance when it comes down to upgrading your ship. Every mission has a difficulty attached to it and I found that, once I had mastered the controls, I could usually complete missions with a high danger level or lower. Tempted by the payouts of the very high danger missions, I took on a few and got immediately obliterated. It seemed that no matter how many upgrades to my main guns and shields I purchased, the danger rating was barely budging. That was when I suddenly noticed that my missiles hadn't been upgraded since they were initially purchased. Upon installing newer ones, all of the danger levels immediately jumped down two levels. This was a clear failure to surface important information about how I should be upgrading my ship and, had it been handled better, could have prevented my big slump.

Some games are so intense that it's hard to handle more than a few hours of game time. Rebel Galaxy is the exact opposite of those games. Hours of my life disappeared into this game and I very much enjoyed it while it was happening. It's certainly not a perfect game. In fact, there were occasions continually failing missions where it was quite frustrating. It speaks to the quality of the full product however, that I was eager to push past any issues to continue my space escapades until the game was done. If you enjoy both Assassin's Creed IV: Black Flag and space-based games, then Rebel Galaxy was made for you. So, engage your warp drive and grab it now for PC, PS4 and Xbox One.

RETROspective | The Game that Made...