The King of Fighters coming soon, shows off screens

The fighters in the upcoming game The King Of Fighters XIV will be making their U.S. debut later this year, because of a partnership between SNK Playmore and Atlus U.S.A. The fighting game series, which made its debut in 1994, is now in 3D graphics for the PS4.

Like its predecessors, the traditional 3-vs.-3 battle system is still in place, with an expansive roster of 50 characters, all of whom are available in-game at launch. The game's fighting engine has been streamlined for newcomers. There are also notable improvements made to the "Combo" and "MAX Mode" game mechanics, and the "RUSH" feature, which adds simplified combo inputs for novices. 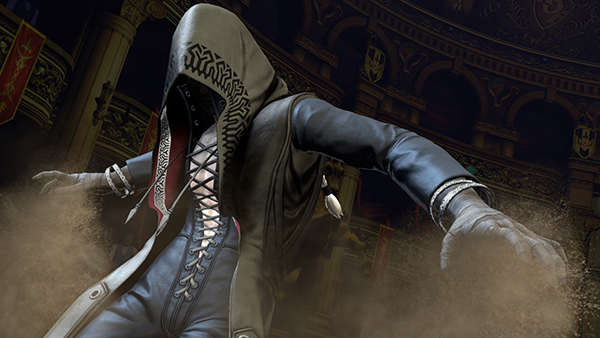 A new "Party Battle" feature pits two teams of three human players against each other in a cooperative team fight in online play. There's also a new online training mode that will connect beginners and experienced players for tutoring on how to play together.

For single players, there's a robust storyline where several years have passed since the previous KOF tournament. Now a worldwide business, the global KOF will decide who is the strongest as both individuals and companies with their own ambitions have come to compete. Players compete against CPU-controlled opponents to unlock the storyline.Of the 50 fighters, there are 19 brand new characters.

Here are some additional screen shots from the game: 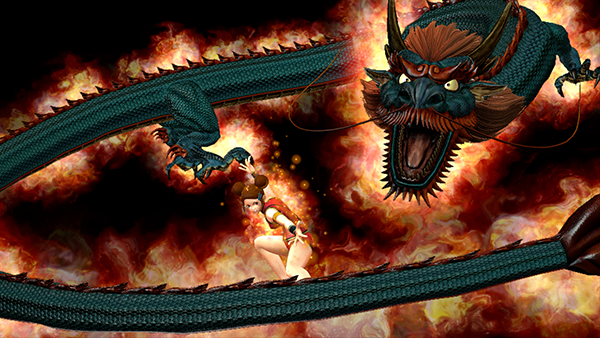 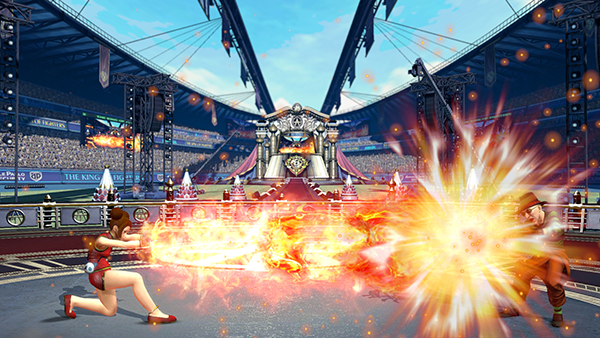 Rewards coming to those who protec...