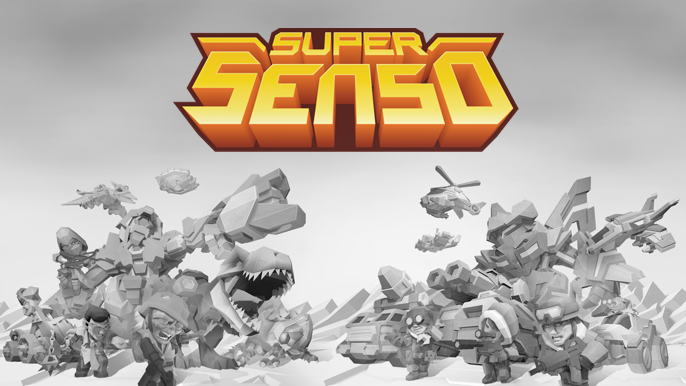 War can be crazy, but when's the last time you've seen one featuring giant mechs, zombies, and copter cats all in one setting? If your answer was "probably never," then you are in for a battle-filled treat in this year's Super Senso.

Inspired by the likes of Advance Wars and Panzer Tactics, Super Senso is a mobile turn-based strategy game that has players battle against one another via online gameplay. Filled with the looniest of militarily-trained soldiers at your disposal -- ranging from your average joes to brave warriors in the forms of dinosaurs and ninjas -- your task is to protect your base while destroying the other side's. The more you play and win, the more you can upgrade your arsenal to create that perfect army. 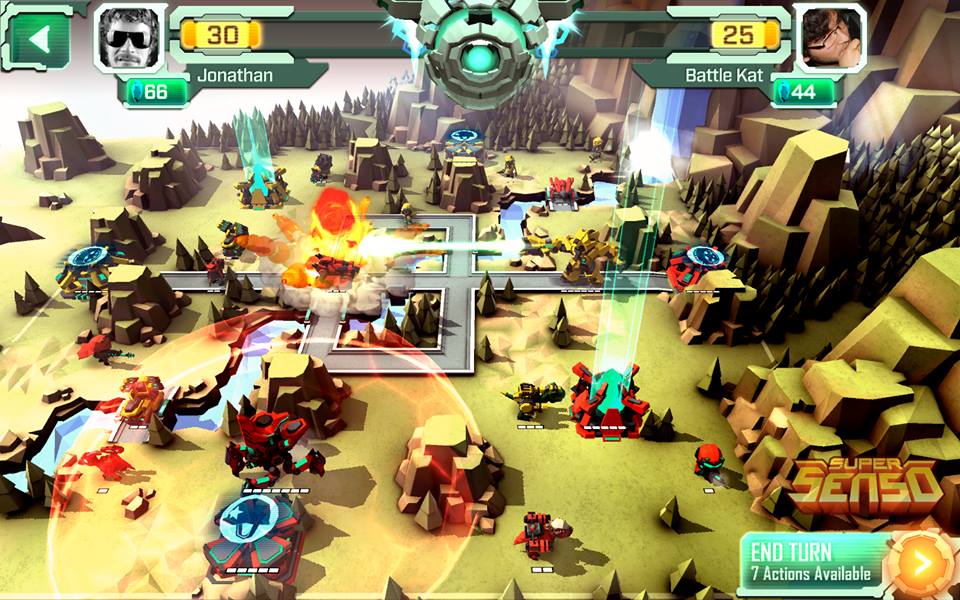 Using the touchscreen players will be able to plot out their maneuvers and attacks with the greatest of ease. During my demo I was able to test out various aspects of combat in the game, with soldiers taking on enemy fighters in a way similar to a more free-form version of chess. While soldiers can pack a good punch against other soldiers it doesn't always guarantee an instant kill. In some cases you can shoot and get a near-kill, and then -- depending on the strength they contain -- the enemy soldier could fire back and take you out.

The key to victory in Super Senso lies within the what you equip yourself in the beginning, especially when it comes to choosing which mecha you choose to have on your side. For my demo I chose the Reaper, who has the advantage of being able to do multiple kills in a single turn. This came in handy for gaining more power to both send out scouts & mortars and gain enough stamina to fire a laser cannon from the sky. In the end victory was handed to me by the other side.

I was surprised by how much fun I had with Super Senso. The means of battle and the way you can plan out your attacks came off very easy in the game, and with the online mechanics of the game you can expect to have a lot of fun with players across the globe when this officially launches. (A single-player mode will be there to act as a tutorial, although it does come in handy in regards to helping to level up your stats.)

Super Senso will be out later this year on iOS and Android.