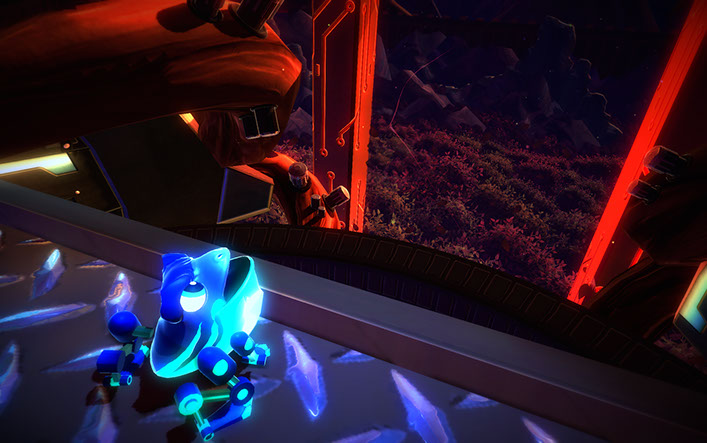 Mekazoo is a mecha-warrior-animals in a 2-D platform that reminds me so much of Sonic the Hedgehog I’m still humming the theme from Scene 1-1.

While roaming around the indieCade here at PAX East I came across a game that I had heard about from a friend called Mekazoo from the team at Good Mood Creators. In the game you use pairs of robot animals – Mekanimals – to traverse each level. Each Mekanimal has a different movement and attack that can allow you to bounce, swing, boost, or fly through the world. Impeding your progress are insect like creatures that can do damage to your Mekanimal, as well as harmful pieces of the environment.

The World of Mekazoo

As you play the game the pairs of Mekanimals will change, I played a level where the armadillo was paired with the frog. The armadillo is the boost expert. He folds up into a ball and can boost around curves and logs in the levels. The frog can bounce very high and can use his tongue to latch on to special areas on the map and swing to new parts of the map. This is where the gameplay in Mekazoo gets interesting, because you have to assess the environment before you move forward into it to figure out when you will need to armadillo rush into a frog leap and tongue swing. 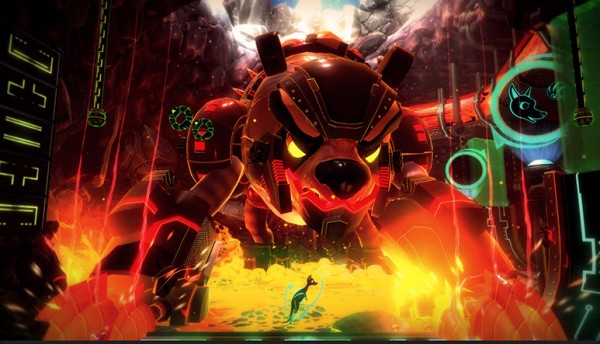 I like the idea of the mechanic, but I found myself more times than not switching my Mechanimals when I meant to use my special ability/attack, which lead to my death or having to re-start a section. At first this didn’t bother me, but the longer I played the game, the more it weighed on me. Not enough to make me put down the controller, but enough to make me cuss at myself.

I think the thing that sold it for me was the soundtrack. The music in the game is absolutely awesome. It suits the environments seamlessly, and keeps you pumped.

Mekazoo will be available this summer on Xbox One, PS4, PC/STEAM