So a new Suicide Squad trailer was released last night and no one really seems all too excited about it. After the first few trailers, and Batman v Superman's release many fans are incredibly skeptical. The mish-mosh of characters, and in some cases - the character designs have left an uneasiness with fans despite efforts to make this movie more promising.

In the newest trailer we get a better idea of what to expect in this movie. We get glimpses of backstory for Enchantress (played by Cara Delevingnie), and Harley Quinn (Margot Robbie). The origins of these characters are pretty well known and it shouldn't be anything all too new. Then again, as with most comic book movies these well known backstories get doctored quite a bit in the cinematic universe. 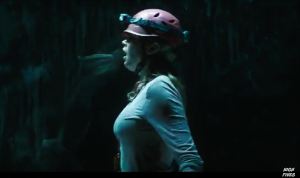 We also get that same shot of Katana holding the Soultaker. From the looks of the shot, it's not a flashback. If that's the case I'm wondering if it's stealing a soul in the shot we see, and if so who's? The questions make this movie tentatively more interesting.

Despite the lack of screen time in the trailer, I'm sure Killer Croc, Captain Boomerang, Deadshot, and El Diablo will all get their respective 10 minute explanations of where they came from. Considering not all the characters being used in this movie have been part of the Suicide Squad, we'll probably want to know how they got grouped together.

We also see a lot more of Batman in this trailer. He's cast as Ben Affleck, so I'm curious to see how much involvement he'll actually have in the movie. I'm imagining most of his appearances will be flashbacks to random character's story lines. 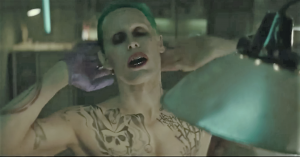 Herbal Essence has a new line for Super Villains...

There's also questions of Jason Todd making an appearance due to Killer Croc's casting. In the comics Croc is responsible for the deaths of Jason Todd's adoptive parents, but we're not seeing a lot of Jason Todd mentions yet. Maybe Jason Todd is actually the Joker like some speculate?

Speaking of the Joker, Jared Leto is proving to be more and more promising. Is he Mark Hamill's animated Joker? No. He hasn't been too disappointing thus far, though. The knee-jerk reaction most fans had when they saw the platinum grill was one of pure confusion and discord. Since that first glimpse though, reactions have seem to mellowed out to intrigue. I'm still guessing this is just another re-imaging of an iconic character, but reasoning behind fans thinking it is actually Jason Todd aren't too far from feasible. We got a little glimpse at the Jason Todd tale in Batman v Superman when Affleck was seen reflecting on the damaged costume in the case with "HAHAHA Joke's on you Batman!" painted on it.

I highly doubt that the shot was just fan-service, and am really hoping it might blossom into more as DC starts to develop their cinematic universe. Only time will tell. For now we'll just have to keep watching trailers, and making guesses. Take a look at the trailer above if you haven't already, and thanks again for reading!