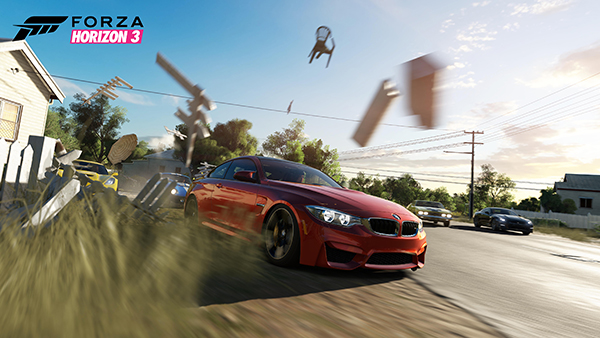 I was walking around the E3 show floor at the Microsoft booth and had the opportunity to jump on and play Forza Horizon 3.

Forza Horizon 3 allows you to explore Australia - from the desert to the canyons of the Outback; the lush rainforests to the sandy beaches to the skyscrapers of Australia’s Gold Coast. There are over 350 cars to choose from that include full cockpit views recreated with ForzaVista complete with working lights and windshield wipers; as well as new vehicle types that will bring new driving experiences never before seen in Forza. Just about everything is customizable - from the driver character, custom paint jobs, and even your car horn sound. There are 8 diverse radio stations in the game or can create a custom station using Groove Music. The game supports online 4 player co-op. 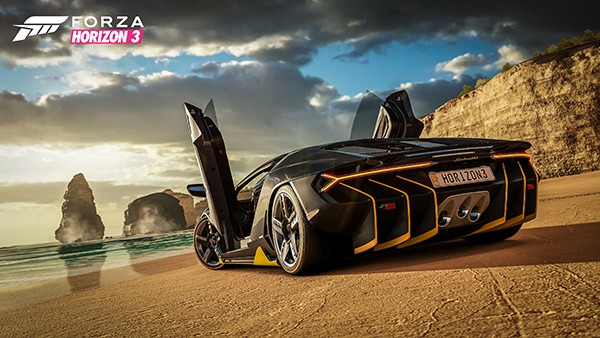 The demo takes you through three races in three different cars on different terrain. For the first race, I chose the Lamborghini to race through the streets of Australia. There are guidelines on the road to follow - the blue, yellow, and red coloring helps to indicate when a good time to break and drift might be.  The driving was smooth and intuitive.  The scenery was lush with detail. 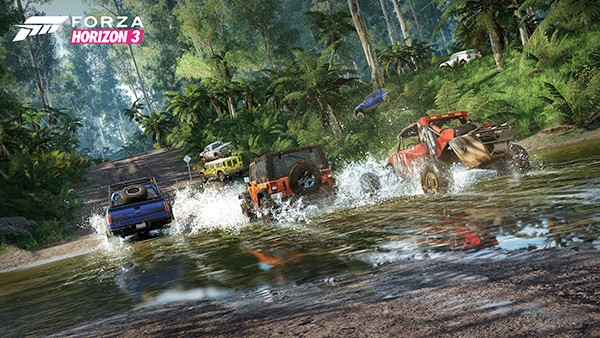 Next you jump into a 4x4 truck and race on an off road track in the Outback. Did I mention there were kangaroos? You race on dirt roads, through caverns, and beaches where you the race on the shore while enjoying the beautiful view around you. 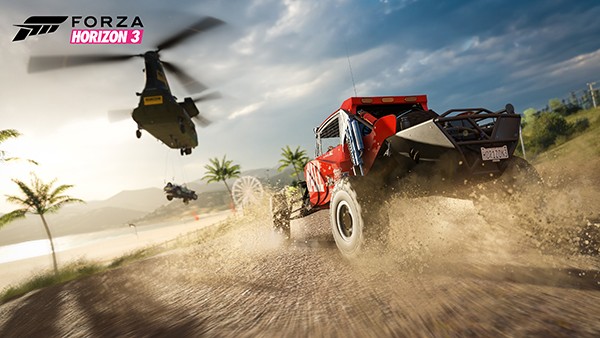 Now you are ready for the main event called Off The Chain. You hop into a dune buggy and race another driver in a jeep. The catch is that the jeep is attached to a helicopter! Again, you race through dirt roads, paved streets, and sandy beach. You will go through water and grass, hit some jumps and catch some air. You score points by drifting, catching air, and passing opponents. As you approach the finish line, the jeep sets down on the ground to finish the race. If you are an accomplished driver, like I am, you whip his ass and cross the finish line in first place. 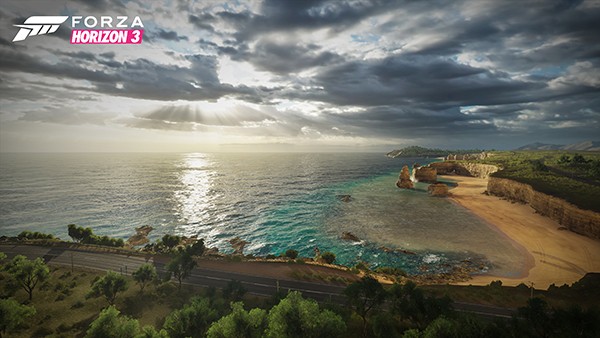 I played the demo on a PC using an Xbox One controller. The game looks gorgeous.  The lighting and water effects were spot on.  The cars all handled very well regardless of the terrain and car type. I think that racing fans and fans of the Forza franchise will be pleased with the game. The visuals are breathtaking and there is over 100 hours of gameplay content in the game. I did not get to play around with any of the customization screens during the demo. 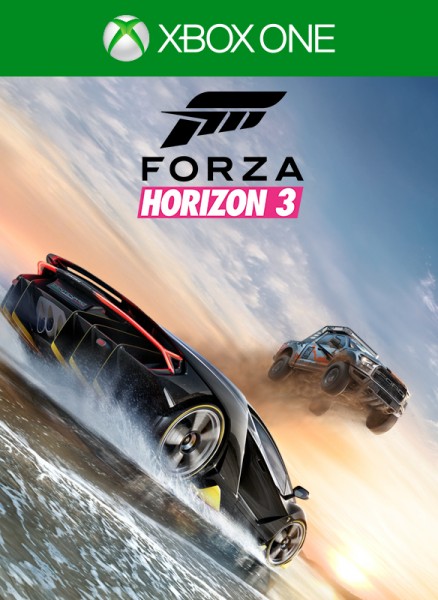 Forza Horizon 3 is due out on September 27, 2016 and is available exclusively for Microsoft Windows and Xbox One. This title supports Xbox Play Anywhere and includes both the Xbox One and Windows 10 versions with the single digital purchase at no additional cost.