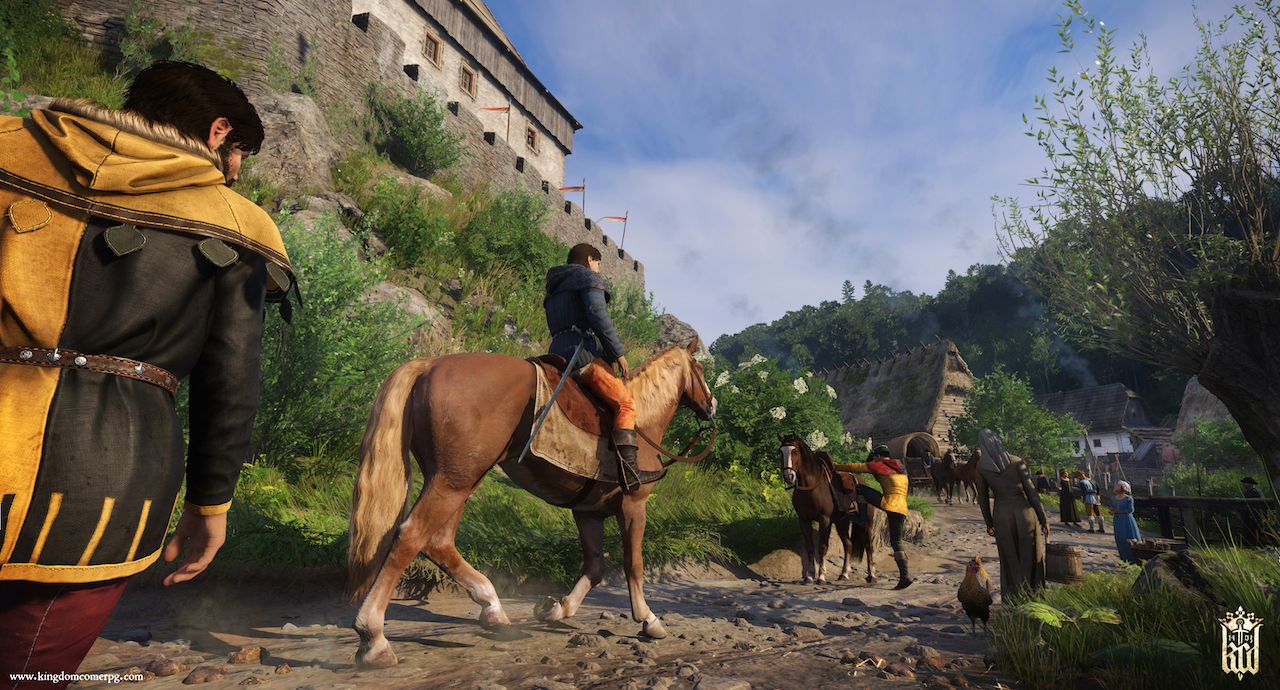 Dungeons and no dragons. These words were written underneath the display of Warhorse Studios' upcoming RPG Kingdom Come: Deliverance. Unlike most of the Middle/Dark Ages video games that have come out for the past few decades, the Prague-based developers wanted to bring something different to the table: historical accuracy. While that may sound worrisome and a tad bit on the edutainment side of things, rest assured that it's not. Rather, this is one sort of medieval adventure that many may find themselves craving to dive into.

During their E3 presentation I chatted with Warhorse's PR manager Tobias Stolz-Zwilling and their adaptive music designer Adam J. Spoka, as they played through a couple of quests that showcased the deep historical accuracies that are featured throughout Kingdom Come: Deliverance. One mission required our main character to find and kill a suspect hiding in a convent. There are three ways one can take on this task: either sneak in and try to find him, run in and kill all the monks in hopes that one of them is the target you are looking for, or actually become a monk and find him through that manner. 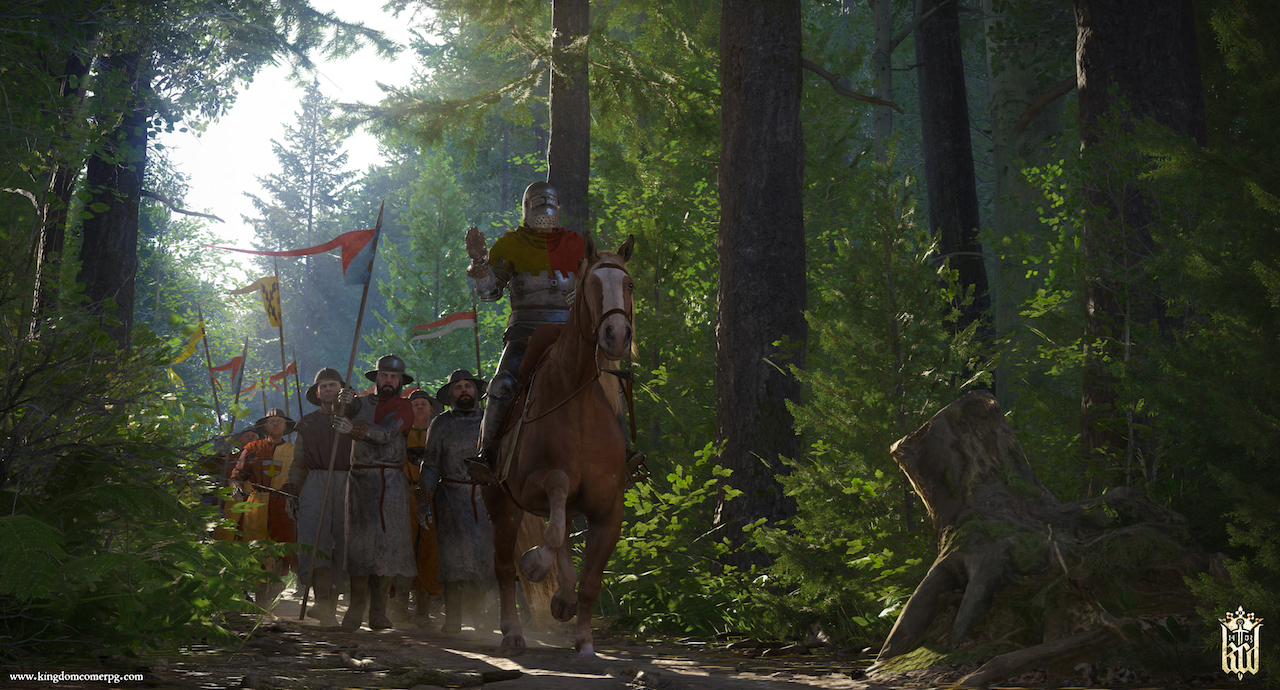 The last choice is a rather interesting one. Players will not just become a monk and do whatever they'd like in order to find this target. Nay, when you are welcomed as a new monk, you'll have to take on the duties of the monastery. Pray, eat, do chores, and practically blend in with the rest of the monks whilst you try to find the person you're trying to kill. However once you do accomplish your task you're free to leave and move onto the next part of the game.

As the game takes place in Bohemia in the year 1403, a lot of research was done in order to bring the Prague of early-15th century to digital life. These are not the magical realms that the likes of Disney or J.R.R. Tolkien have showcased in their lands of old; rather these are the actual castles and villages that once graced the Czech landscape. "A castle was lucky to have just one tower back then," said Tobias. A great example of the attention to detail is the monastery from the quest mentioned earlier, which wasn't finished during that year; hence why you still see some construction work being done on the place of worship. 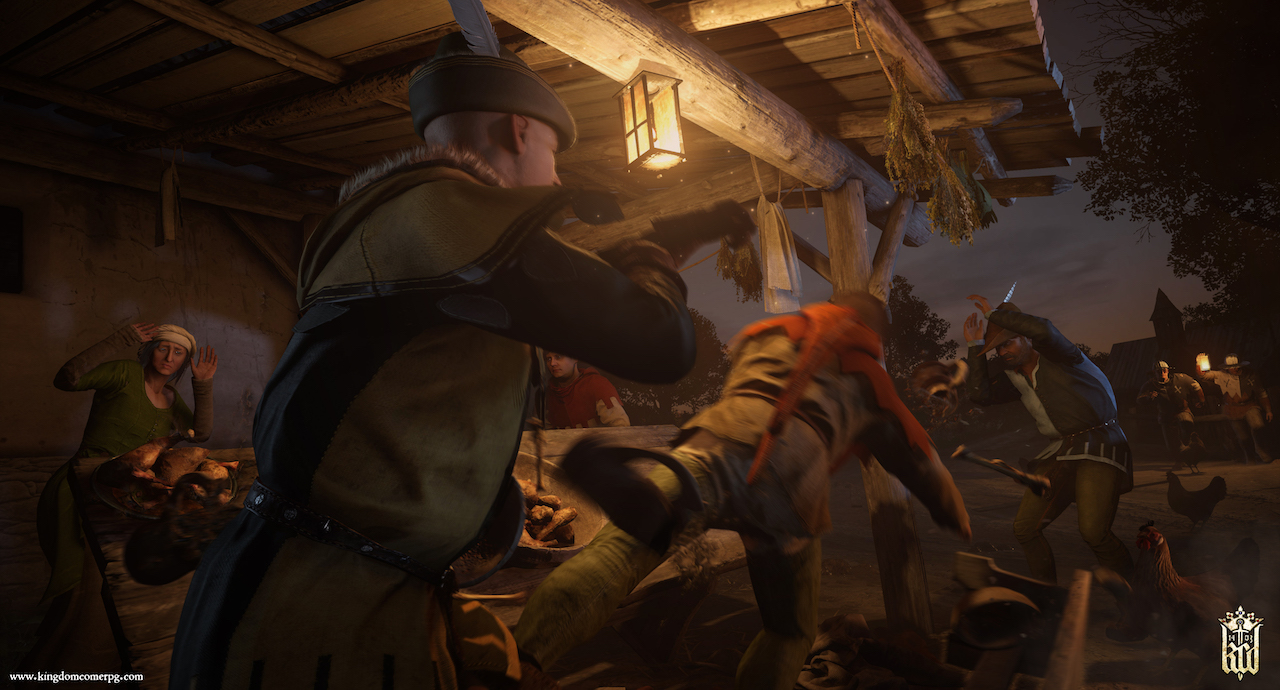 Like most of the medieval games out there is the emphasis on keeping your weapons in good condition, but unlike them Kingdom Come: Deliverance also put an emphasis on what you and your enemies are wearing. Depending on where you are located you may have to change your outfits, as it can affect how the NPCs react around you. Wear enemy outfits, and you'll blend in with them in their vicinity; wear them in your village and you may strike fear -- and sometimes bloodlust -- in your allies. The condition of your clothing also plays a key factor, with those covered in blood causing those around you to start treating you with hostility.

What your enemies wear plays an important role in the means of how you should be able to take them down. Wherever they have the least amount of protection and/or clothing is usually the best way to kill them in one or two blows. If they lack a good chest protector, stab them in the belly; no helmet, slice them in the head; no pants, cut them down a few more inches. How you defeat an enemy depends on your ability to take note of what kind of strike will work and where you aim for it. 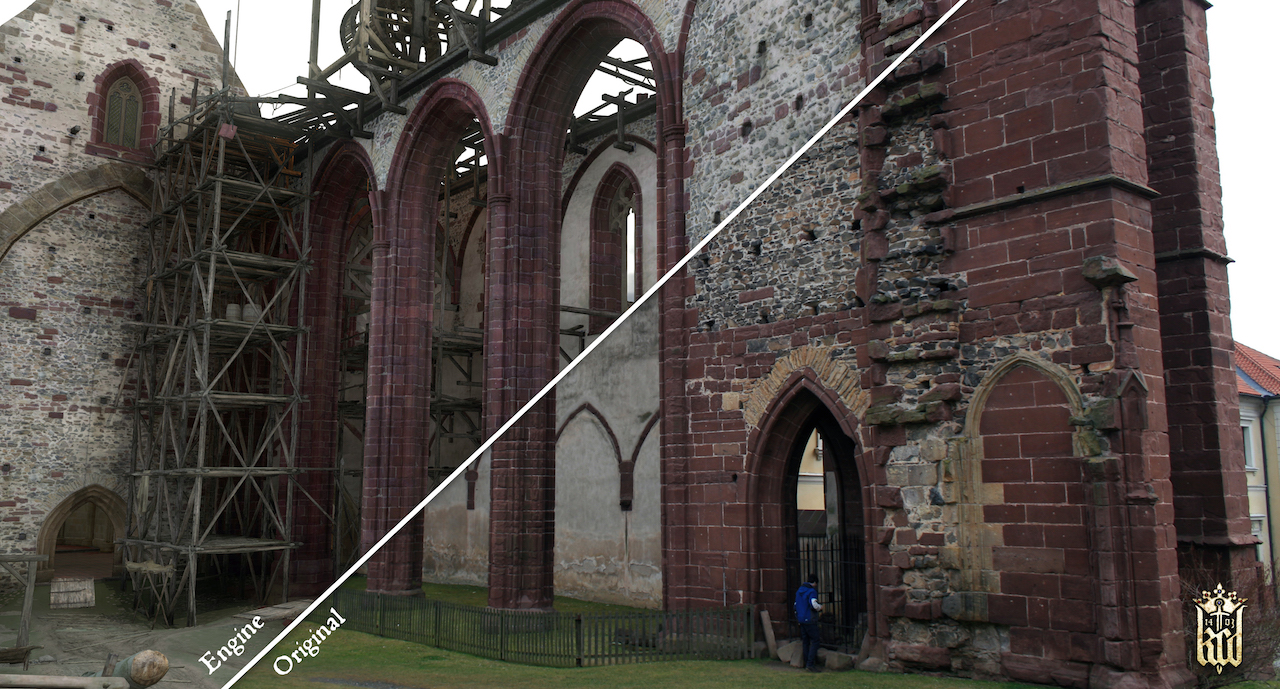 A comparison shot of the Monastery in Kingdom Come: Deliverance & present day

One of the most beautiful aspects of the design of Kingdom Come: Deliverance is the works of art that are featured in the game. However these are not just things that they Google searched and pasted into the world; in fact, they hired an actual painter to digitally draw works of art that would've existed in 1403. Another is the game's soundtrack, which Spoka is assisting on. Currently there are placeholders in for the demo, but in the next couple months the score will be recorded in one of Prague's most famous venues. (My guess is it'll either be at the Rudolfinum or the Klementium.)

Kingdom Come: Deliverance is looking to be not just a great RPG game; it's also showcasing a true labor of love. Even in its demo stage the amount of historical accuracies that were placed into this game shows how much Warhorse Studios wants to present the world a true look into what life was like in the Middle Ages. Not only have they brought a new entry into the RPG genre, they brought forth an exciting way to learn about world history as well. Perhaps if this game winds up successful, maybe other true-to-history games will be unleashed into this vast gaming world of ours.

Kingdom Come: Deliverance is due to be released on PC, Xbox One, and PS4 in 2017. Until then, click here to try out the beta!