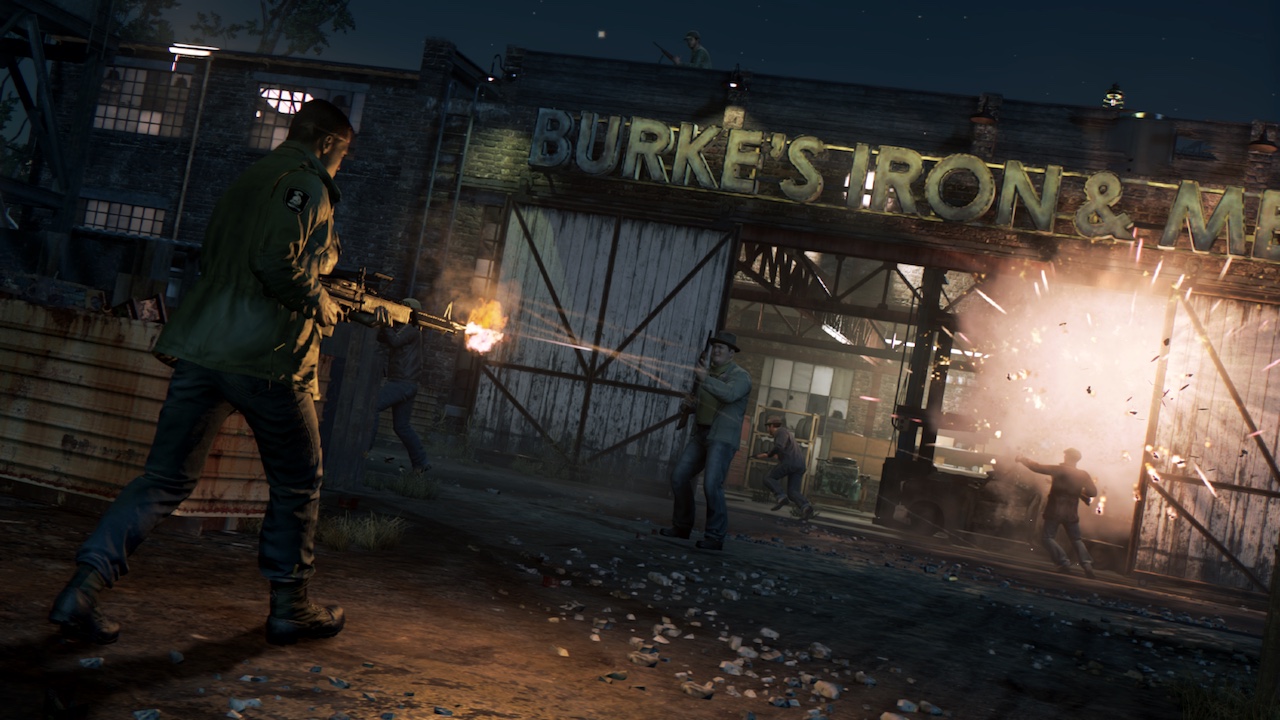 It's been six years since we've last seen 2K Games unleash the Mafia franchise to the world. Since that time the interest in mob-based storytelling has kinda dwindled, with gamers flocking more towards the realm of the ganglands and yakuza high life rather than old-school criminal debauchery. Perhaps this is why the right time for Mafia to return has come, with the third installment entering a new territory and level of shocking violence that only a 1960s backdrop can deliver.

Developed by Hangar 13, Mafia III drops you into New Bordeaux as you take control of Vietnam War veteran Lincoln Clay. After rejoining the black mob the Italian mafia puts a hit out, with Lincoln the sole survivor. The game then has you seeking revenge in the best way possible: by taking the city for your own. 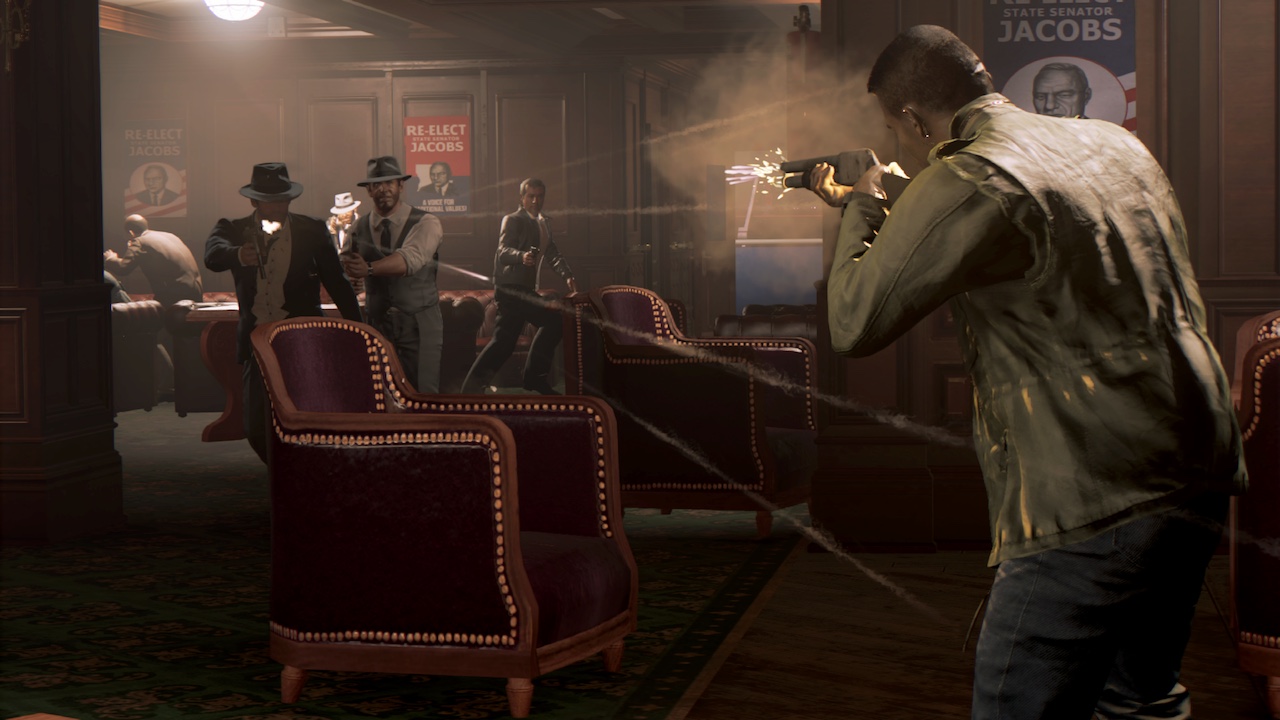 Mafia III's video presentation showcased one of the later scenarios the story will bring you to, as you seek to take out Lou Stocking -- the head mob boss's brother -- in order to capture the French quarters of town. You start out with small hits until you reach club destruction-levels of chaos, with a fundraiser on a showboat leading to high body counts thanks to some well-plotted kills. With Lincoln getting the big hit done, the French Quarters becomes yours for the taking.

It's when you begin dividing the cityscape between your allies Cassandra, Burke, and Tony when things can get rather tricky. If you find a way to divide things off evenly with your crew then the situation in the long run may be beneficial to all. However if you favor two of the three crew mates and leave one out in the cold then things can get tense. In the scenario we watched, Tony got the French Quarters, leading Burke to storm out and threaten Lincoln. This then brings forth a mission that has you take out Burke and his gang members, and considering how big of a presence the Italian mafia has in New Bordeaux there's a good chance that killing him may not be so beneficial. 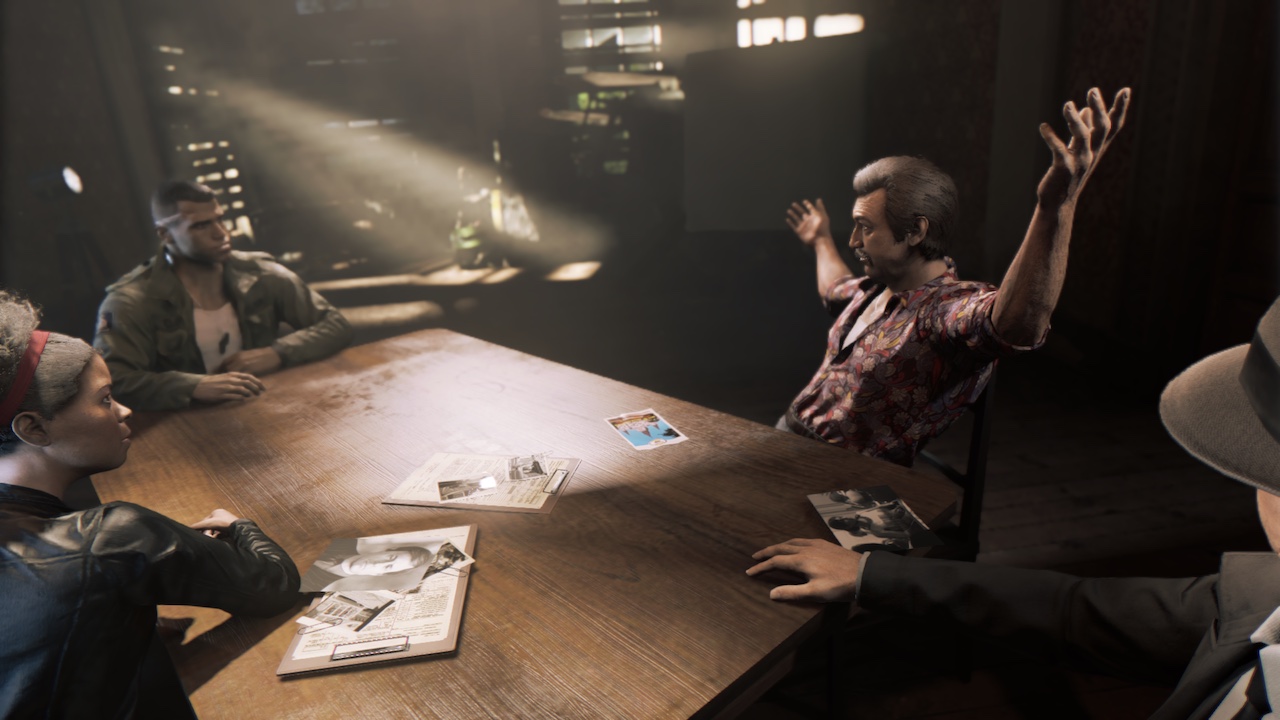 What Hangar 13 has done thus far with Mafia III looks fantastic. Its visuals are near-realistic, with even the tiniest of scars and five o'clock shadows coming in nicely. Most importantly the game looks like tons of fun, with various quests and main campaign looking to keep you good and busy throughout its run. And trust me: when it comes to the Mafia franchise, those who keep busy will find themselves on the top of the money pile.

Mafia III is due out October 7 on PC, Mac, Xbox One, and PS4. Check out the latest trailer below: