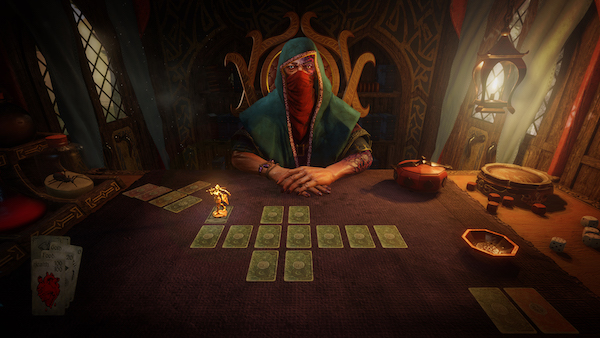 Perfecting a formula doesn’t always happen on the first go around. Sometimes iterating on a concept is the best way to take a good idea and turn it into a great one. The original Hand of Fate game was already one of the best tabletop and video game mashups I’ve played. The sequel, Hand of Fate 2, looks to take those great concepts and expand upon them in clever ways to bring the game to the next level.

One hundred years have passed since the Dealer was defeated by our hero from the first game and he’s out for revenge. Training up a new recruit, that just so happens to be you, to defeat the tyrannical ruler who rose to power after defeating him in the first game. Magic has also been outlawed in the intervening years between the two games, so mages need to hide out, like one of your possible companions, Malaclypse, who has disguised himself as a bard. 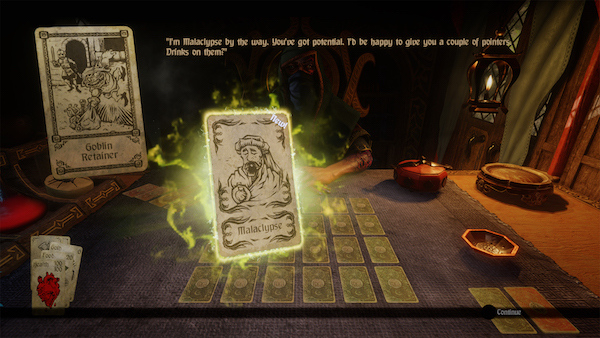 Coming in having logged some serious hours with the original Hand of Fate, it was easy to jump right into Hand of Fate 2. The combat in particular felt familiar, but has had some fun tweaks made to the core mechanics. After achieving a certain number of consecutive hits, your weapon begins to glow and you can perform a special attack. They vary depending on the weapon you’re using and I ended up seeing both a direct and area-of-effect attack. Some enemies will also have armor, so you will need to break it off of them with a specific type of attack.

Every mission in the first game involved finding the leader of a different group. Hand of Fate 2 is shaking things up with a variety of missions. These will include new things like collecting gold or food and making it through a set number of the Dealer’s hands.They’ve also shaken up the way some of the random chance encounters happen. While there are still instances where you’ll pick a random card, they also have a wheel of fortune feature where the cards will spin and you have to choose when to stop them. No tabletop game would be complete without dice as well. In some encounters you will need to try to roll three dice up to a certain total. Even digital dice hate me, so I didn’t have great luck there, but I love that they’ve included it. 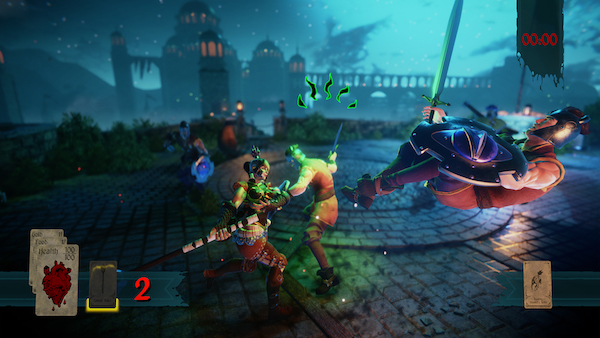 Companions were a big surprise addition for me. I had mentioned Malaclypse, who was the featured companion in the demo. Turns out, they are extremely helpful with almost everything. Not only do they assist you in combat, but they can help with other things like bartering with a merchant or even re-rolling a die. Malaclypse did his best, but even his re-rolls couldn’t save my terrible dice luck. I love the idea and I’m looking forward to seeing both what the other companions can do and the rich backstory they all have. 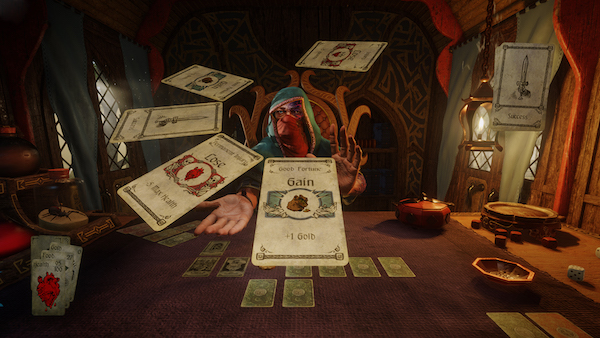 As a huge fan of both tabletop and video games, I can attest that Hand of Fate is one of the few to really nail the concept. The updates being added to Hand of Fate 2 evolve this concept in smart and interesting ways that will continue to drive the series forward. Try your luck at defeating the tyrannical ruler, or you from the previous game, when Hand of Fate 2 is released in Q1 of 2017 for the PC, Mac, Linux and Xbox One.

South Park: The Fractured But Whol...