The Sniper Elite series is all about taking one's time in order to make the kill. Sometimes you have to wait a rather long time before you are given that opportune moment, as you align your shot and wait for that precise moment so as to not startle the other enemies. With gameplay mechanics such as this, it makes it quite tough to attempt to complete a quest during a tightly-scheduled demo appointment. However that's what I attempted to do in my demo of Sniper Elite 4.

Taking place in the Axis-run Italian countryside you'll once again take control of Karl Fairburne as you use your tactical skills to take down enemies and complete objectives. For this demo Rebellion placed me in the middle of the Viaduct mission, as I was tasked to destroy enemy supplies and the bridge that currently has their train resting briefly on. However in true Sniper Elite fashion the act of running and gunning will result in unfortunate death, which means having to take the incognito route. As you wait for proper moments -- such as loud sounds that can muffle your gunfire or the sight of little enemy interference -- the time to let the air out of your lungs and pull the trigger will mean the very difference between a sneaky victory or a loud and bullet-riddled death. 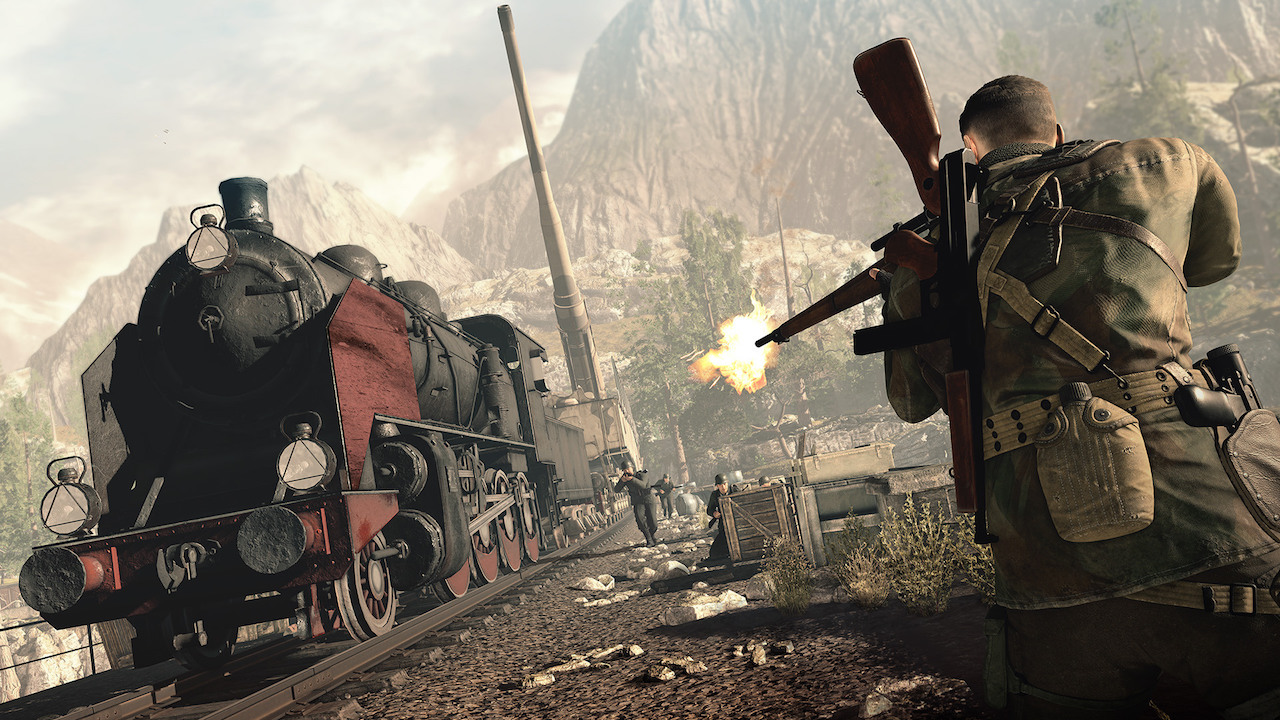 Like in past games Sniper Elite 4 gives players pride in making unique and discreet shots, sometimes with its trademarked X-Ray reaction viewer there intact. However it's trying to hide yourself soon after you make your move that makes it a challenge. Sometimes you'll luck out if you have a great hiding place, whereas other times the best shot may be somewhere out in the open that requires quick movements so as to not grab too much of the enemy's attention. In rare cases a swift hand-in-hand combat takedown will be your best option to silence a close-by enemy.

While my mission was met with failure, I at least managed to take down a good chunk of the enemy soldiers before my demise. There is a lot of fun to be had when doing these sniper missions, no matter how long it takes to make one successful long-ranged kill. That's what I appreciate most about Rebellion's popular series: it may take a good chunk of patience to be successful at your mission, but at the very least it's gameplay mechanics, X-Ray kills, and heart-pounding action that will be bestowed upon you during its entire run will leave you wanting to jump into the game again to test out other means of taking out the enemies.

Sniper Elite 4 will be released on February 14th on PC, Xbox One, and PS4. The only question that remains now is how we'll get to kill Hitler this time. (You know, besides shooting his nuts off!) [Editor's note: For those of you who are not familiar with this scenario, as I was, KBD explains it this way: "...it's a reference to all the Killing Hitler DLC Sniper Elite always makes."]

South Park: The Fractured But Whol...