The folks who make Farming Simulator took their time, but now that they have added female characters to their software, they want you to know. In fact, they're breaking their arms patting themselves on the back for the deed. 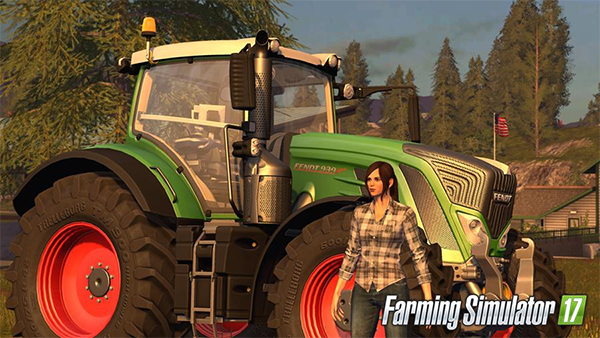 With headlines on their press release that proclaim "Diversity in Agriculture," game makers Giants Software want to make certain people know that they have added female characters to their simulation software.

The press release proclaims, "As requested by the passionate Farming Simulator community, the ability to play a female farmer reflects the diverse and ever-expanding industry of agriculture, making Farming Simulator 17 more realistic and rewarding than ever before. As illustrated in the images released today, players will now be able to select their avatar's gender at the beginning of the game, along with customizing their clothes. This exciting new option will also appear among the workers you can hire: both men and women will give you a hand with the many tasks that a farmer sees throughout the day!"

Isn't that great? Now not only can you farm with Barbie, you can dress her up, too! It just makes you wonder if there's an accompanying Ken farmer, too.

In actuality, women have been in agriculture since farming was first being done. The number of farms run by women has more than doubled from 1978 to 2005, from 100,000 to 250,000 farms, according to a report by an Illinois State University student. According to a recent census, women run one in every five farms in America.

Although the new version is named Farming Simulator 17, the game was initially created and released in 2008 -- this is the eighth version.