A new graphic novel based on a story by famed comic book and literary author Neil Gaiman has been announced and is notable for its title: Forbidden Brides of the Faceless Slaves in the Secret House of the Night of Dread Desire. 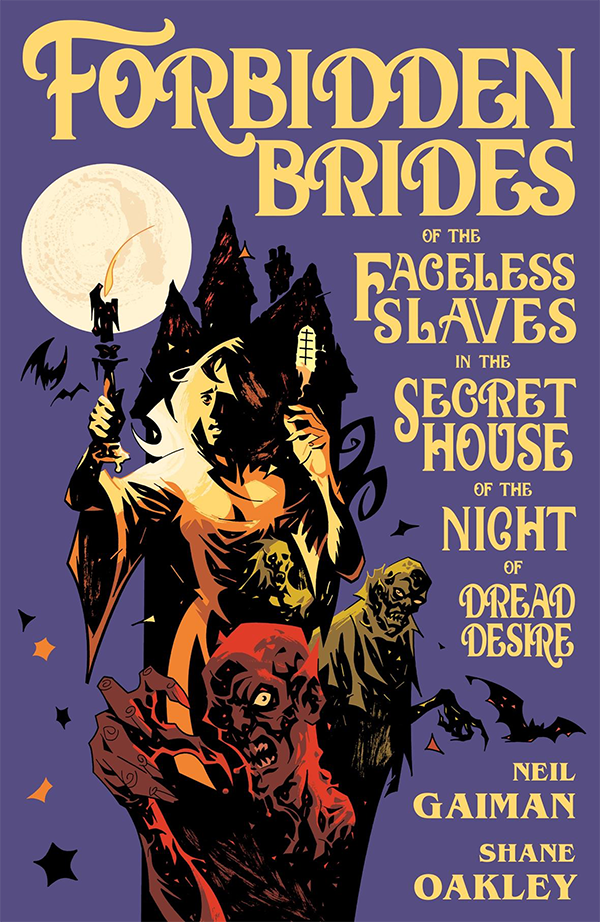 Originally published as a short story in Gaiman’s collection Fragile Things, Forbidden Brides has been adapted by Shane Oakley into a hardcover graphic novel from Dark Horse.

According to Dark Horse, "This haunting example of satirical gothic literature tells the story of a writer struggling to compose nonfiction on a dark, stormy night. Wishing to create serious stories about frail women in white nightgowns, mysterious bumps in the night and the undead rising to collect old debts, the author is unsuccessful because of his tendency to insert comedy into his dark tales. Talking ravens, family disagreements and interruptions from his creepy butler further hinder his literary efforts."

Gaiman, best known for his Sandman series of comic books in the 1980s, recently wrote the graphic novel How to Talk to Girls at Parties. The new book goes on sale Jan. 25, 2017.

It took seven upgrades, but Farmin...