HomeNewsRive takes out its own creator
News / Playstation / Video Games

The trailer for the upcoming shooter Rive contains a shocking message: The new game is the last one for developer Two Tribes. 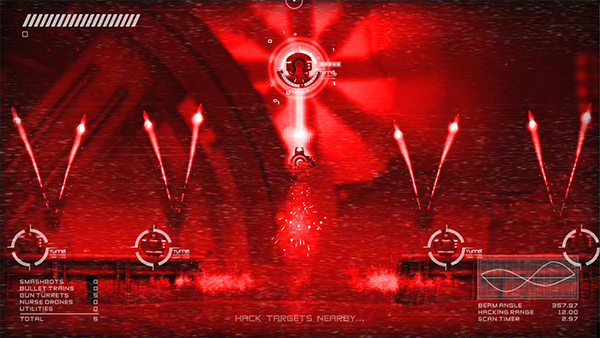 "After 16 years of making video games we have decided to stop and focus on something else," wrote Collin van Ginkel on the PlayStation Blog. "Rive will be our final game, so it has to be our best game by a large margin.

"We are really taking our time to make Rive absolutely perfect, and perfection takes time. I’m really pleased with what we’ve created, and I can’t wait for you to finally get your hands on our last game."

Van Ginkel also mentioned the difficulty getting the game to the public: "It’s taken us quite a long time to get to this point — about three times longer than we expected. As a gamer, you’ve probably experienced your fair share of game delays, but it’s usually for the best."

In that time, Rive changed from a 3D rail shooter with a time rewind mechanic and became a 2D twin-stick shooter/platformer where you can hack your enemies. Van Ginkel wrote, "How’s that for a switch?"

Van Ginkel explains the similarities and differences of the next two screenshotes: 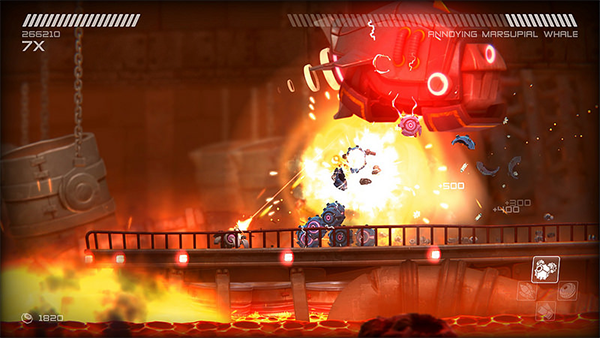 "I’ve taken screenshots of the same area in different times of development," he wrote. "While they may look similar at first glance, it’s way more fun to shoot the robots when they are coming from a dropship, the colors are deeper, and the extra visual effects really add to the impact you feel when destroying your enemies. 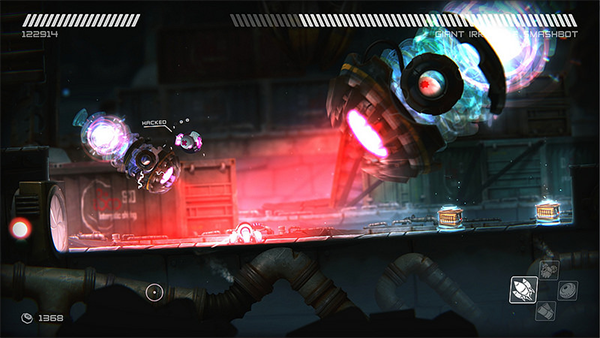 "There is probably about a year of iterations between the two screens, which sounds crazy — even to me — if you think about it. You may argue that the earlier one would probably be fine as well, but we’re not going for 'fine' with Rive. It has to be absolutely perfect, which has a special reason you may not have heard about yet."

Battle over the skies of Moscow in...