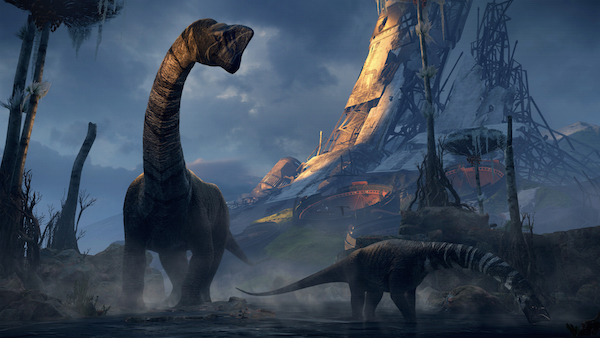 GAME REVIEW | Dinos Are Huge in 'Robinson: The Journey'

Crytek always seems to be among the first to push hardware to its limit with their games. It wouldn't be Crytek without some lush jungles, but for their first foray into PlayStation VR they've filled them with dinosaurs. Tasking you with exploring this gorgeous world, Robinson: The Journey does some amazing work with both scale and depth perception. Perfectly sculpted for VR, this cretaceous expedition is not quite the action-packed adventure it might resemble at first glance, but the sheer joy of exploration makes it worth checking out.

Exploring a jungle full of dinosaurs in VR seems like a perfect match and Robinson: The Journey met that expectation for me. If one were to expect Turok: Dinosaur Hunter in VR, you would certainly be disappointed by the pacing and lack of chronoscepters in the game. Robinson: The Journey focuses more on exploration and discovery than hardcore action and manages to nail the awe and scope of traversing a land of giants as a tiny human. The dinosaurs feel huge, the ones that are supposed to be at ay rate, and the many gorgeous views were enough to make me stop and look for a while. 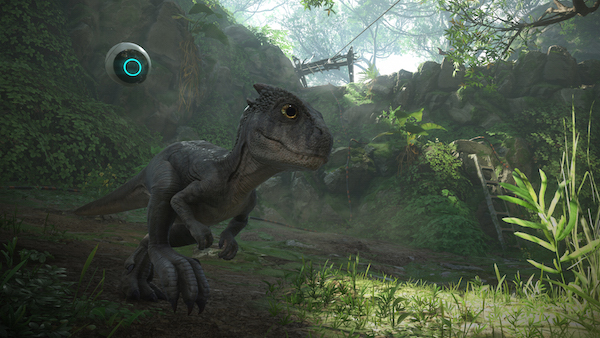 Stranded on a strange planet, Robinson: The Journey has you controlling a boy named Robin as he recovers lost memory banks from robots across the jungle and hangs out with a baby tyrannosaurus. As you go, the game has you scanning creatures, climbing along cliffs and solving puzzles as you learn more and more of the story with each recovered robot. Surprisingly, there is only controller support as of now, but they are working on implementing PS Move controls as well. Most everything feels pretty natural to control, though some ledges are hard to grab. 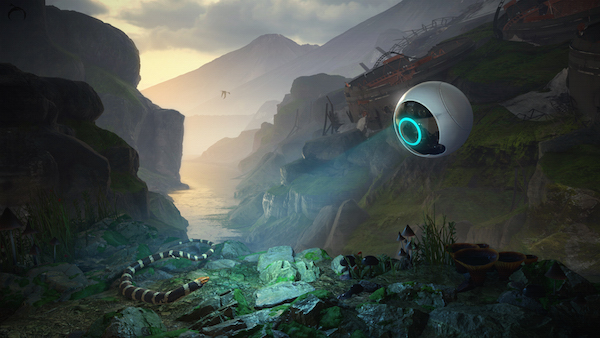 This is not to say that the game didn't have any effect on me throughout my playthrough. After an hour or two, I usually reached my limit and had to stop. This is not to say that I was about to vomit, but after a certain point the movement becomes a bit of an overload. Standing atop the many cliffs and hanging from the various walls, the sense of height is palpable. I have a mild fear of heights and I can tell you that my hands were always drenched by the end of a tough climb. It's even possible, if you happen to lose your grip, to grab a handhold below you and my heart skipped a beat once or twice when that very thing happened.

It's easy to assume that exploration games in this style can be boring at times, but the scale and sense of environment added by VR adds quite a bit to Robinson: The Journey. The game does include several close encounters with various dinos and some climbing that will leave you with a bit of vertigo if you have that tendency. Still, if you're looking for Crysis with dinosuars, this is not it. The style of game is not for everyone and going in with the proper expectations can do a lot to help with your enjoyment. 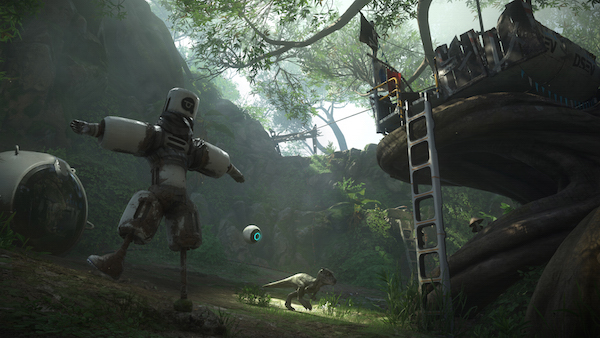 Promising a gorgeous VR experience with dinosaurs, Crytek has delivered with Robinson: The Journey. Walking through the jungle and encountering various prehistoric pals is a treat in VR and is one of my favorite titles yet for the PlayStation VR hardware. While there is some action here, don't expect anything resembling a shooter going in and you'll be sure to have some fun. Robinson: The Journey is available right now for PlayStation VR.

The world's most popular time...