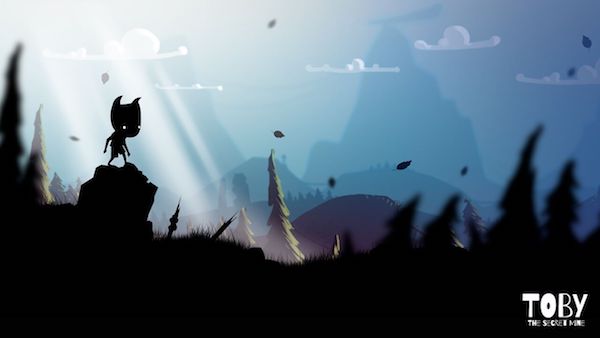 GAME REVIEW | Toby: The Secret Mine

Atmosphere, in my humble opinion, is one of the most important things a game can create. Back in 2010, Playdead introduced us all to a puzzle platformer than oozed atmosphere and created a surprisingly tense 2-D experience with Limbo. Since then many developers have tried to recapture the magic of this game by mimicking its aesthetics or gameplay. Coming from this standpoint, Lukáš Navrátil created Toby: The Secret Mine as a solo project. While it doesn't quite recapture the tense feeling of the game it was inspired by, there are some good moments to latch onto here.

It shouldn't take long to realize that Toby: The Secret Mine was inspired by Limbo. The character spends the game completely draped in shadows with only his white glowing eyes lit up. The opening chapters of the game have a similar bleak and washed out look to them as well, further inviting the comparison. It was when the setting eventually drastically changed that I really felt the game had found its own voice. Especially the snow-based section of the game looked rather gorgeous. 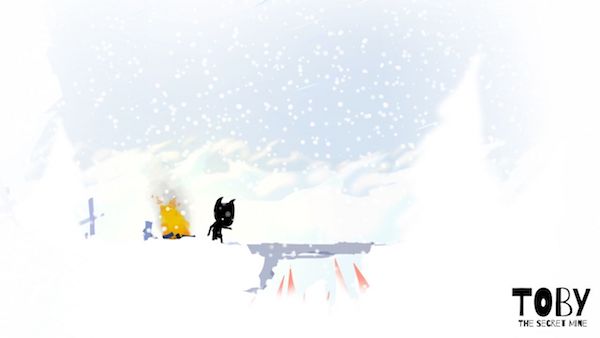 To keep the player from feeling like all they're doing is walking to the right, these types of games usually throw some obstacles your way in the form of puzzles. Toby: The Secret Mine does a decent job of creating some interesting puzzles along the way. There's even a section where you're blasting through the underground in a mine cart, throwing switches as you pass. One particular solution that I noticed a number of times was simply that the switch is inside a nearby wall that looks solid until you walk into it. This solution was fun for the first few times, but I felt that it was relied upon a bit too much.

Story in a game like this is a tricky thing to pull off just right. Toby: The Secret Mine follows a pretty simple premise in that your people have been kidnapped by this band of bigger creatures. As you traverse the levels, occasionally one of them will pop up and run off with one of your friends on his back. This is about as far as this goes, until the very end, when the game poses a moral choice to you. I won't spoil it here, but you might be able to guess pretty easily. I didn't feel the mystery and intrigue of the story in Toby: The Secret Mine like I did with similar games. It's not a bad story per se, but it really doesn't have any hooks. 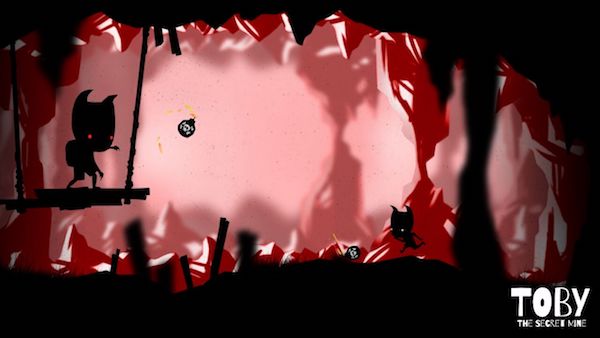 Difficulty is one of the major parts of a game like this. Some sections should feel tough to get through, but not so tough as to impede your progress in a negative way. When you die in Toby: The Secret Mine, the game is extremely forgiving about where and how it re-spawns you. Often, you'll simply pop back to life right next to where you died. While this certainly kept the game flowing, it robbed it of the tension of missing a jump or falling into a trap. I never worried about dying, because I knew I would just re-spawn in almost the same place. The game tries to combat this by literally keeping count of your deaths on the main menu, but I just never cared enough for it to matter. 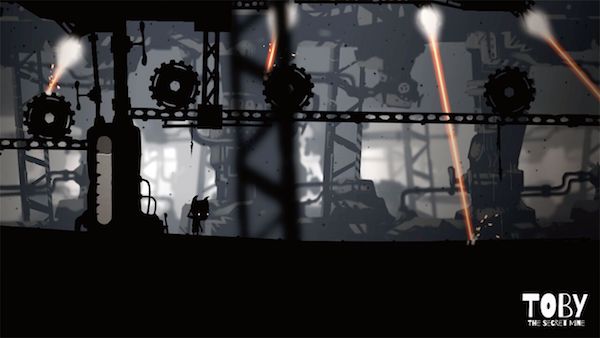