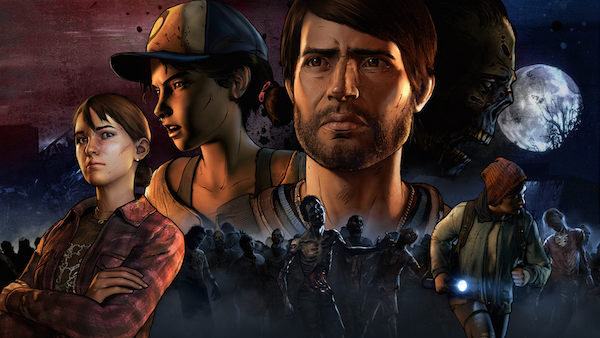 When it was introduced back in 2012, The Walking Dead Telltale series ushered in a new era of series from the adventure game developer. Containing some of the most genuinely emotional moments in gaming that year, it set a very high bar for what would come after. Just before the end of the year, Telltale launched the first two episodes of the third season in their Walking Dead series. The perspective has changed yet again, but the extended premiere has ticked all the right boxes for me and leaves me excited for what the rest of The Walking Dead Season 3: A New Frontier will bring.

Telltale has made themselves quite clear about one thing in terms of their Walking Dead series. No matter whose perspective the story is from, the series is about Clementine. That's not to undermine some of the other fantastic characters they've created in each series, but when it comes down to it, she's always an important figure in the plot. While the second season made the bold move to actually have her as the playable character, I think the series works better when Clem is being observed from the outside making her own choices. I always enjoyed influencing her from the outside as Lee more than I did taking the reins as her directly. A New Frontier returns to this by putting you in charge of controlling the new protagonist Javi. 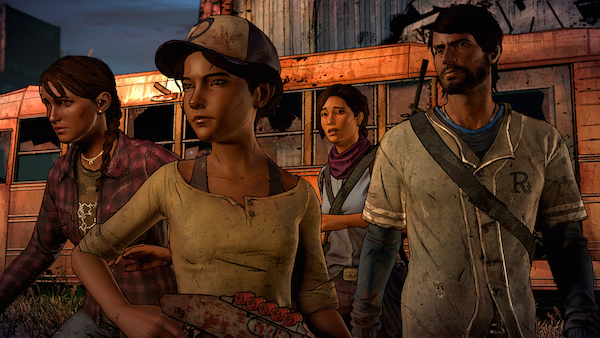 Javi and his crew have been good to get to know in these first few episodes. There are a lot of interesting relationships in play, particularly between Javi and Kate. I also like the sort of surrogate father relationship in play between Javi and Gabe that will only get more complicated as the series progresses. Of all the characters, Javi is the most interesting thus far and from what little we've learned about his past, there is a lot more to explore to even further flesh out this new character. One of my favorite sequences of the game thus far was the intro when it kept making hard cuts as the family were scrambling to get out to the hospital. The disjointed nature really brought home the feeling of panic as this was happening.

One of the most important things to me in the Walking Dead Telltale series are those moments that make me literally say "Oh shit!" Without spoiling anything, there are at least two of those moments in this premiere. Major twists are hard to pull off gracefully and this latest season looks to be bringing its A-game in that respect at the very least. The other major thing I usually look for in these series are the impossible choices you need to make along the way. I can tell you that I already feel bad about one or two of those choices and am struggling with whether to go back and change my mind. Not allowing yourself to do that is what is great about this series and even emulates real life in a morose kind of way. 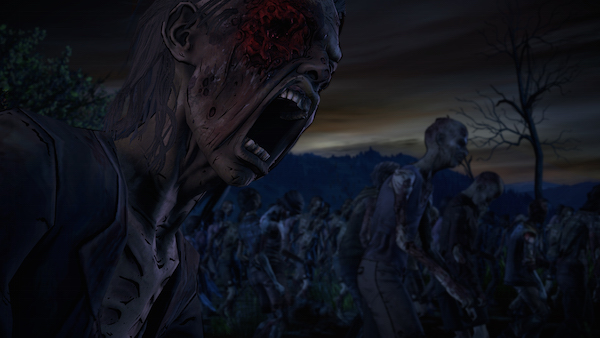 As the years have progressed, Telltale seasons have gotten shorter and shorter. A New Frontier thus far has stuck with that trend and each episode hovers right around that one hour mark. I can certainly understand the need to make packages a bit more tight as they take on more and more projects, but I am a little disappointed. Personally, I like them at right around 90 minutes, though the first season was closer to two and a half hours for each episode. As an adult with less time than I used to have, I like being able to wrap up episodes in one sitting, but I just hope it doesn't slip any further. 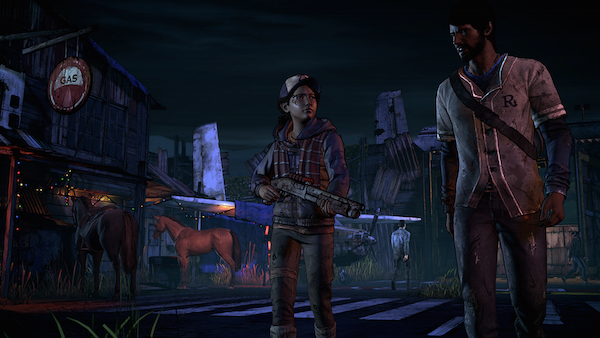 Opening the season with the first two episodes at once was a smart idea. A New Frontier has a lot of new stuff to set up and with the episode length going down as it has, not enough time to get it all done. Thankfully, they managed to tie everything up in the first two episodes in such a way that I'm satisfied for now, but excited to see what comes next. I've played nearly all of the recent Telltale series and based on what I've seen thus far, The Walking Dead: A New Frontier looks to be another excellent entry into their series.