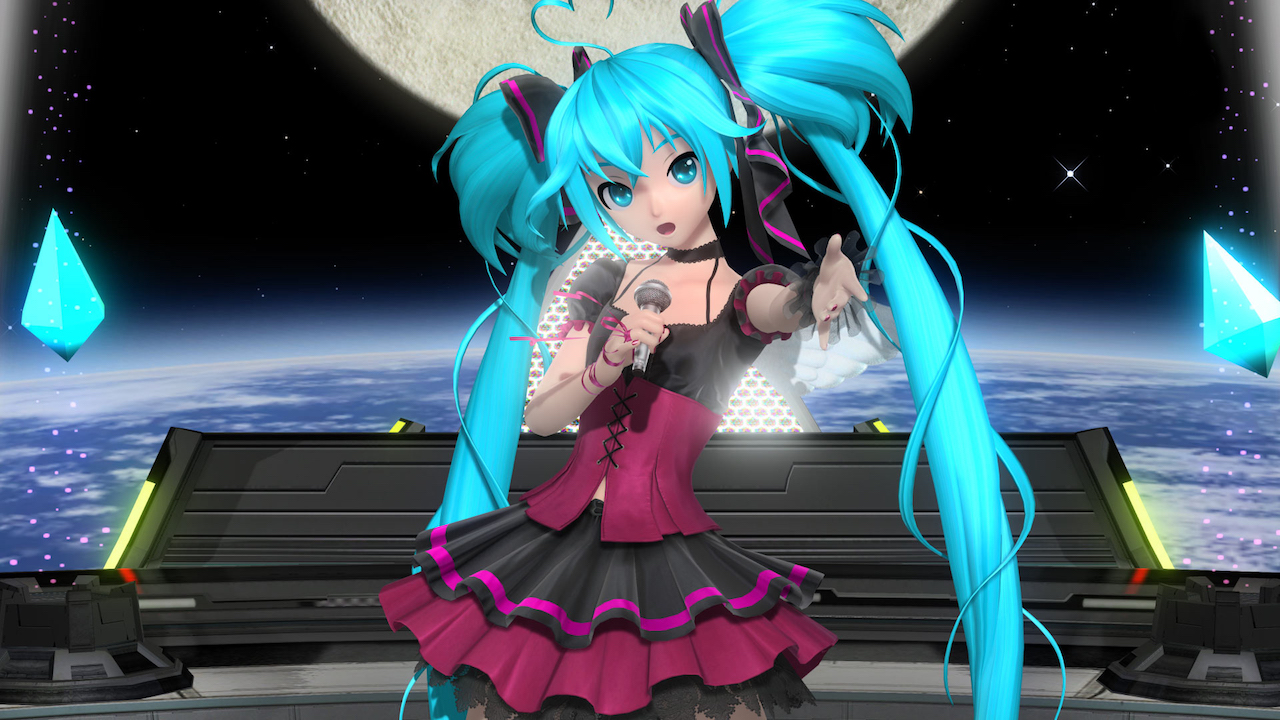 Hatsune Miku can be very untrustworthy at times. On some occasions, she'll deliver some fun music-based rhythm gaming with the promise of smiles and free puppies. However, on the rarest occasion, her games crank up the difficulty when you least expect it, making you tense and causing you to screw up on many occasions. And that's what the PS4 port of the arcade game Project DIVA Future Tone has done!

Like in past Hatsune Miku video games, Project DIVA Future Tone has players conducting rhythm-based button-mashing to the beat of her and the rest of the Vocaloid crew's music. As the visuals hit the screen, your task is to hit combos and the correct motions to score higher points and bonuses at the end. The draw to this one is that it has the largest song selection of any Miku game, with 238 tracks split into two different packs: Future Sound and Colorful Tone. (As someone who complained about the lack of song variety in Project DIVA X, I can say that this was a nice change of pace.) 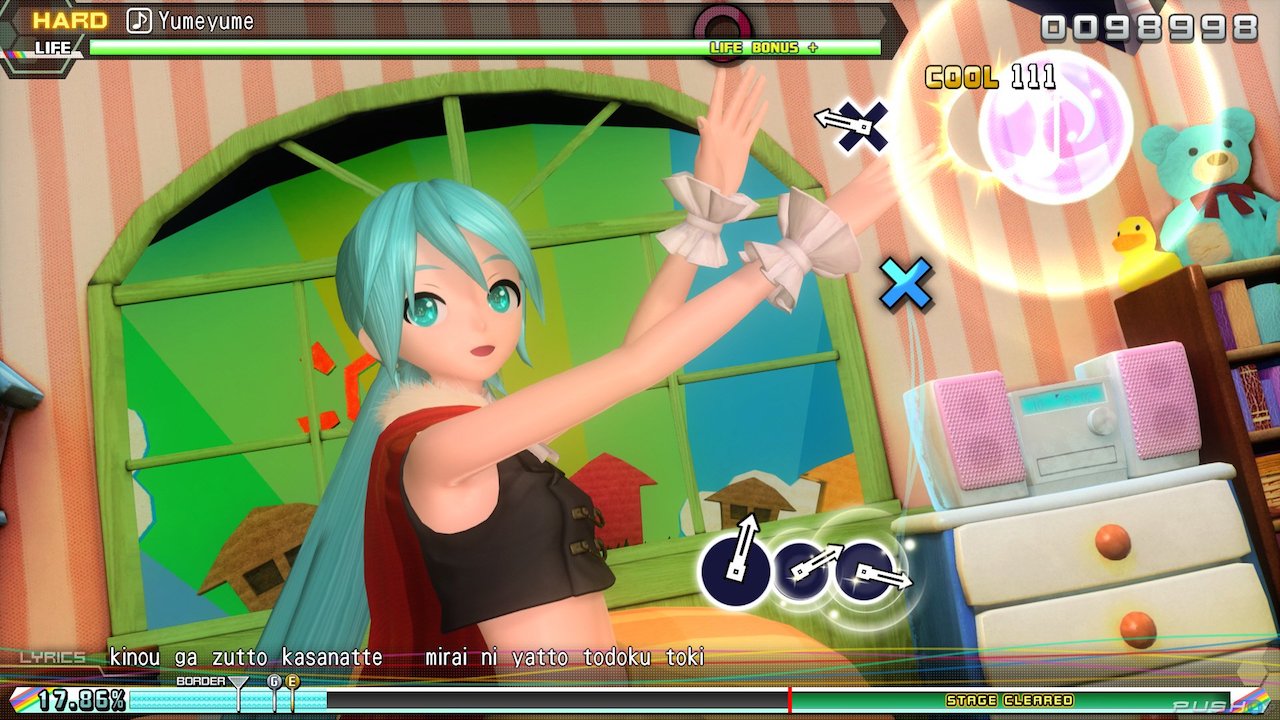 As it was in the previous games, song difficulty is set from the easiest to the hardest. Since I've been familiar with Miku's past adventures, I initially thought that diving into this game would be a breeze. Oh, the shock I was in for once I pressed the start button. At first, it seemed that Easy would be set up as it was in the past game. However, right in the middle, new commands, combo initiatives, and triggers were enacted that I've never seen in an easy mode.

That's when I realized that Project DIVA Future Tone straight-up lied to me. There is absolutely nothing easy about the simplest of settings. I can't remember the last time my fingertips were given a rhythm-based workout like this, but the heat that I gave my DualShock 4 from rapid play sessions was unlike any past experience I've had with a Hatsune Miku game. This was a Vocaloid game that was made for the most hardcore rhythm gamers out there; the kind that literally break dance on DDR arcade pads and perform Rush-like drum solos in Taiko Drum Master. (Alas, I am not that good at these types of games.) 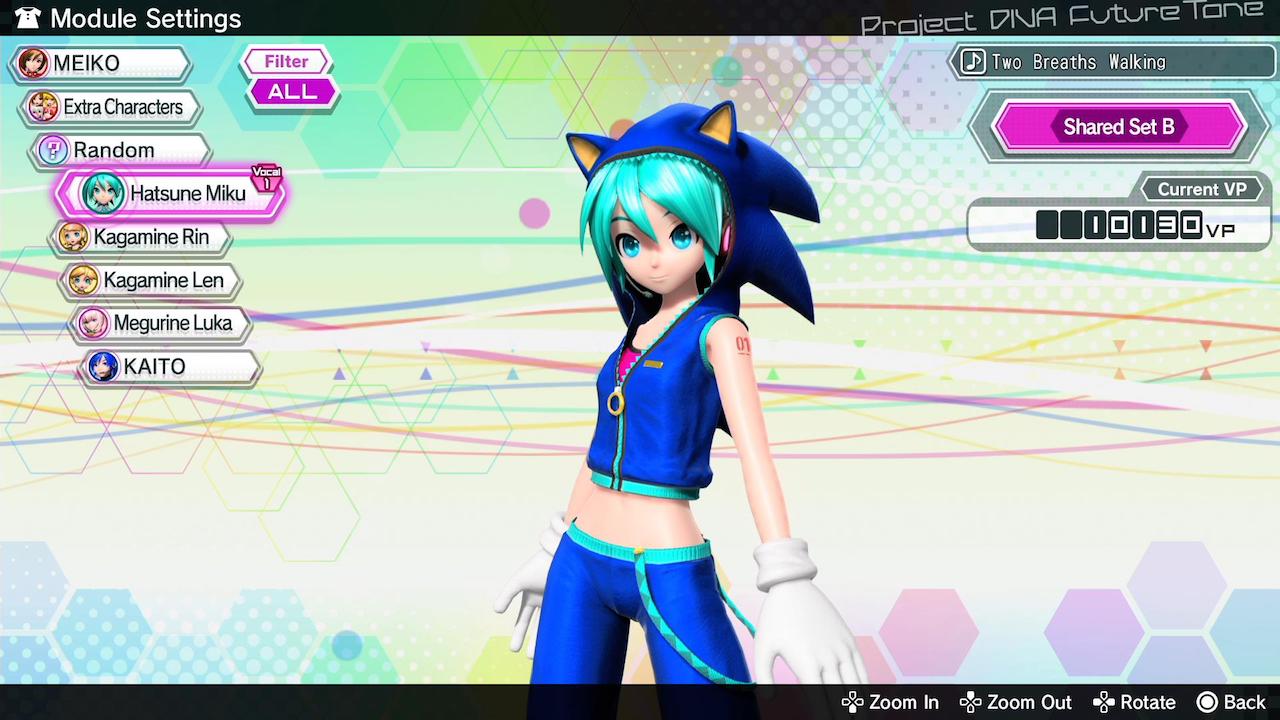 With the points you earn, you'll be able to purchase new costumes and accessories for the Vocaloids. The combinations you can pull off with the clothing are practically endless, with hundreds of outfits, hats, masks, and various other types of objects to choose from. However, it can be somewhat of a pain in the next to set these costumes up, as every song has a set default outfit for Miku. (In order to choose whatever you'd like her to wear, you'll either have to use up one of the three custom saves or change her outfit at every point of the game.)

With there being a plethora of songs to choose from, that would mean that something would be left on the cutting room floor. While I get that this is a straight-up arcade port, it would've been nice to have seen SEGA and Crypton Future Media to see them add something from past incarnations of both the DIVA and Project Mirai series. Sadly, there is no story mode, mini-games, nor virtual pet aspects to be found here. While it's nice that you can create your own playlists to watch all of the Vocaloids' music videos, I can imagine that an activity such as that would get old sooner or later. 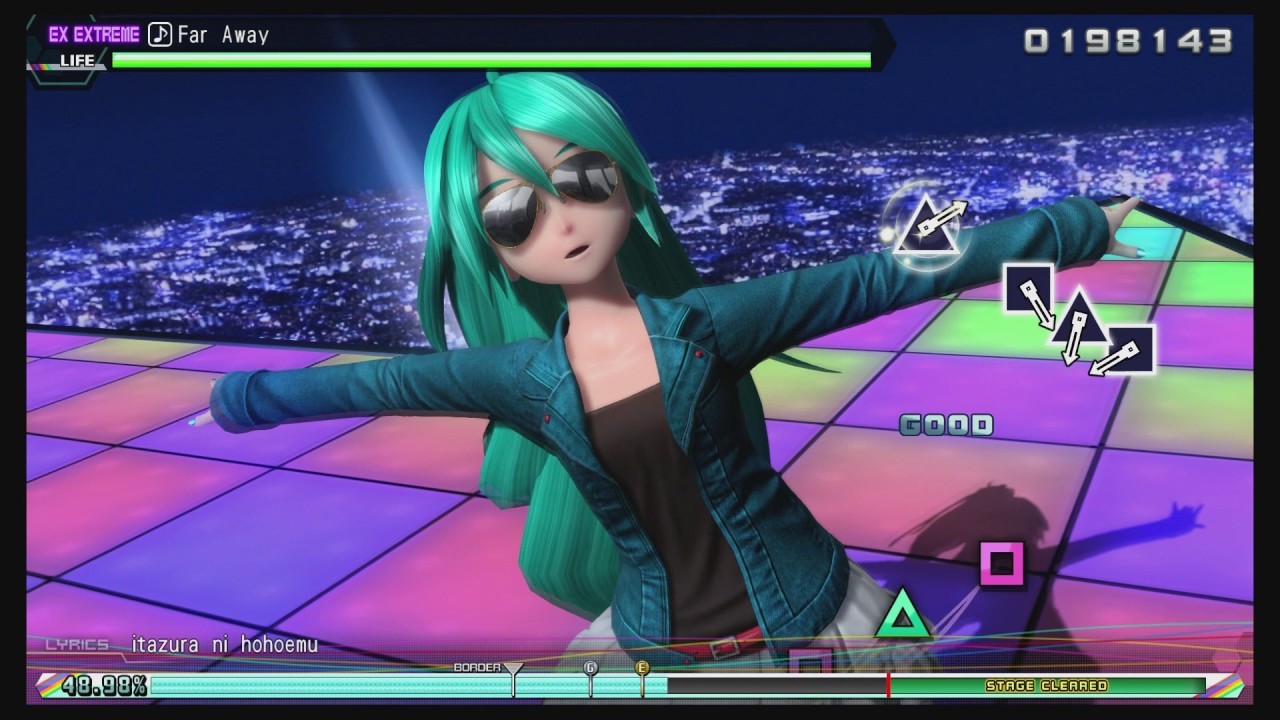 Visually, the game is very much on par with last year's DIVA X. The videos are simply gorgeous to behold, with every PV that plays in the background being both unique with its presentation and mood. It amazes me still how much emotion can be placed into a faux idol, as the songs and visuals from the likes of "World's End Umbrella" and "PIANO*GIRL" can be quite transcending. (Of course, that's how Miku likes to make you mess up your gameplay, with the prettiest of imagery forcing you to look and screw up a combo.)

With there being over 230 songs to choose from and various difficulties to test those tracks out on, Project DIVA Future Tone will put many, many hours into your gaming quota. While there is quite a lot of music to choose from, the lack of other modes makes it rather tough to make the game a worthy revisit. Perhaps next time, we can have the best of all the worlds of Hatsune Miku encompassing one massive title.

Hatsune Miku: Project DIVA Future Tone may sport the most eclectic of Vocaloid tunes to play around with, but its lack of other modes makes it tough to revisit soon after you got its fill. However, one cannot deny the sheer quantity of great tracks showcased here, so perhaps this game will be enjoyable to many in the right environment. Future Tone is a definitely for those wanting to party & dance with Miku and her friends, but probably not for gamers looking for a solo affair.

Promotional consideration provided by John Hardin of SEGA of America