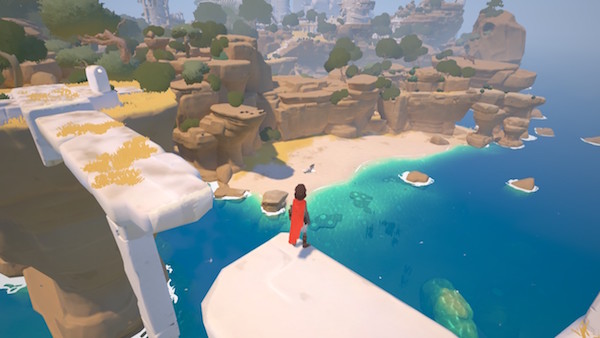 Atmospheric exploration puzzle games have long been perfected by the likes of Team Ico with titles like Ico and The Last Guardian providing stellar examples of how the genre is done right. Showing clear inspiration from the aforementioned games, Tequila Works has crafted a beautiful game in RiME, transporting the player to a seaside temple with a bevy of secrets to unfold. Technical glitches occasionally mar the Nintendo Switch version of Rime, but the overall experience is a gorgeous and satisfying puzzle adventure.

Awaking on a mysterious beach, the protagonist of RiME must make their way through a series of tough puzzles in order to reach the top of a nearby tower. Armed with little more than his wits and ability to yell, our hero soon meets up with a magical fox that guides him through the tasks set before him. Encountering multiple new friends and a few foes throughout his journey, the story of RiME is often obscure, but told through the interactions of the characters, there is plenty there to tell a touching tale of exploration, friendship and conflict. 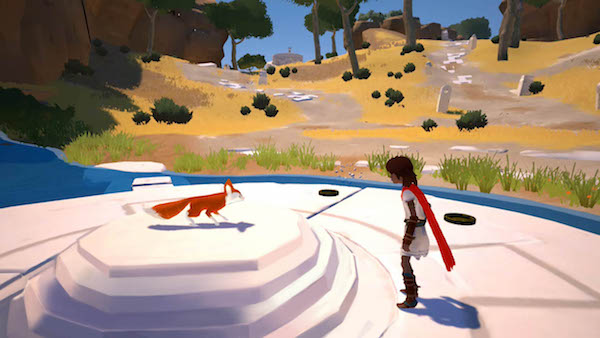 Blue skies, painted with fluffy clouds, dark and mysterious ruins and even some underwater caverns highlight the gorgeous environments that are traversable in RiME. The various areas to explore are varied enough that the game continues to feel fresh as you explore the mysterious island. The Nintendo Switch version of RiME looks just as good in handheld mode as it does on the TV, but in both instances there are some problems. Frame rate hiccups, especially in the more open areas, are more common than I would have liked. It never negatively affected my ability to play the game, but the hitches are very noticeable.

Yelling has been a primary mechanic for only one other game that I can think of, but lacking any Skyrim dragons to scream at, I was delighted with the puzzle-solving ability of RiME's yelling ability. Occasionally, there are glowing idols throughout the world and if you yell near them, it will activate an element of a puzzle like a door or act as a switch. This particular mechanic is explored thoroughly throughout the story and is used in some creative ways, but doesn't overstay its welcome too much. The puzzles in general are complex enough that it is satisfying to solve them, but not so difficult that they left me stuck for too long. 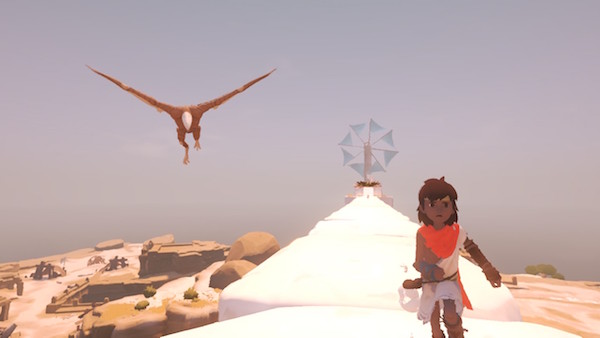 Swimming is an essential part of any game that takes place on or near an island. RiME has simplified the swimming controls so that they feel easy enough that it's not a chore to make it through these sections. Drowning, while problematic in any sense, has some issues from a visual standpoint in RiME. As you get closer to death, the darkness closes in around you and it gets harder to see. This happens rather quickly any time you dive into the water, but can be remedied by finding an air bubble to refill your lungs. While this tomb of darkness sounds like a fairly authentic drowning experience, it made it cumbersome to locate the next air bubble when darkness so quickly descends upon you.

Speaking of darkness, there was one section that I was not a major fan of in RiME, though this may come down to personal preference. Any section in a game that involves feeling your way through a labyrinth of pitch black darkness is not fun for me. There is such a section in RiME that involves traversing a small path in the pitch dark until you can find a torch to yell at to light your way. Some people may disagree, but I find sections like those needlessly cumbersome and not particularly fun. 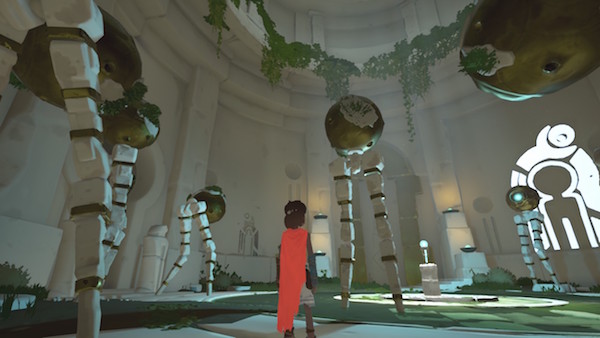 Taking cues from some of the best exploration-based puzzle games around, RiME does a competent job of creating a new journey for fans of the genre. Featuring some gorgeous environments and interesting puzzle design, it is a delightful adventure that is worth your time. The technical hiccups of the Nintendo Switch version of the game don't ruin the experience, though they are noticeable enough to detract from your game time. If you enjoyed games like Ico in the past and are looking for something similar, RiME is worth playing. RiME is available today on Nintendo Switch, PS4, Xbox One and PC.