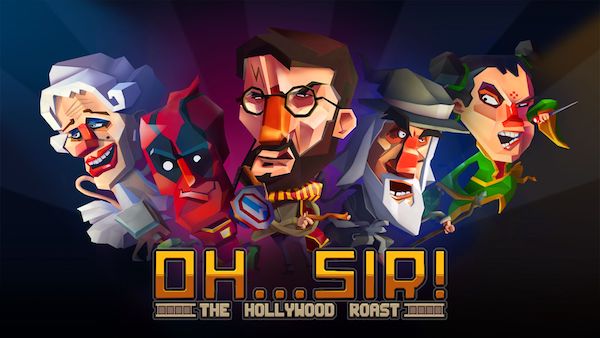 Video games always seem to involve characters resolving their problems with their fists or guns. Sometimes, is it a smarter choice to use your words? This is the hypothesis that Oh... Sir!! The Insult Simulator and Oh... Sir! The Hollywood Roast seek to answer. Taking a brand new spin on fighting games, these games pit two characters against one another in a battle of words that can only end with one victor.

When first booting up Oh... Sir!! The Insult Simulator, I had a hard time classifying it as a game. At first, due to the nature of how you play, it seemed easy to call it a word game. While words are definitely used, after some more playtime, I ended up deciding that it was much more of a fighting game. In Oh... Sir!! The Insult Simulator, you are tasked with taking down enemies with a verbal assault instead of a physical one. After an argument starts, a list of phrases appears in the middle of the screen and each player takes turns picking. You can continue to string these phrases as long as they continue to make grammatical sense and they haven't run out. Afterwards, a score is assigned to your insult based on various factors and it is drained from your opponent's life bar. Not a single punch is thrown, but the way that the mechanics play themselves out, strongly resembles the combat in a good fighter. 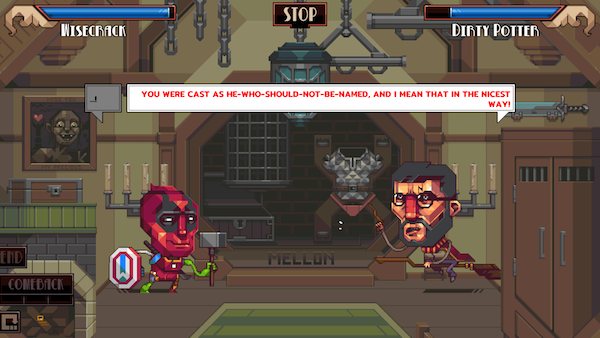 The characters are where the similarities start, because every insulter from which you can pick has specific weaknesses. Instead of weakness to a certain element, or weak points in their moveset, it involves what you mention during your insults. Some might be touchy about their age, others about their fashion sense and some get more insulted when their strength is called into question. Doing this correctly can multiply your score and do extra damage. Using the same arguments for multiple turns will also create a combo, which can increase damage even more. As you play, a meter builds up that allows you to add an extra insult onto the end of your existing one for some extra points of damage. Saving this up can be critical for getting a slight edge on your opponent in a tight match.

My first few rounds, I wasn't quite sure what to expect, so I was a little thrown off by Insult Simulator. The more I played, the more intrigued I was at how they could have used the major factors from a fighting game and combined it with a word game so effectively. Quick strategy is important when playing and planning your moves effectively can win the fight for you. One technique I used a lot in my earlier plays was to try and block the other player from being able to finish their sentence. This would result in zero damage for me, but since you always have a few secret words/phrases to use, it's not a perfect move. Knowing the character weaknesses and focusing on building combos is a better way to go, but it takes some luck and a bit of practice. 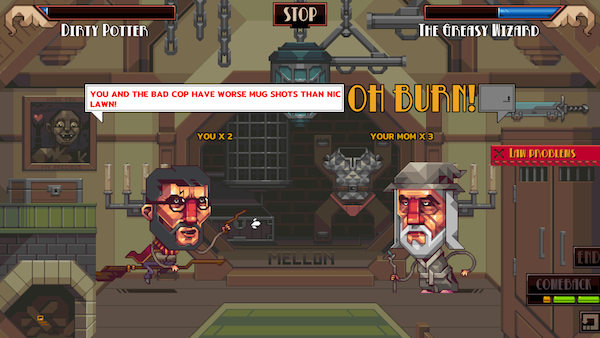 One of the few knocks against The Insult Simulator was that it's a bit shallow. Aside from individual bouts and unlocking new characters, there isn't a whole lot to do. In Oh... Sir! The Hollywood Roast, they do a great job of addressing this by including more focused tasks and a ton of new characters and content. Each character has a set of battles they can embark upon, with multiple objectives to aim for in each battle. This adds some legs to the original concept and makes for some great replayability. Each character is based around one, if not a few, characters and actors from movies, which make for some fun commentary. I spent a lot of time with Dirty Potter, who as you might have guessed is a hilarious amalgamation of Dirty Harry and Harry Potter. The extra content and modes definitively make Hollywood Roast the way to go if you're looking to get into the series.