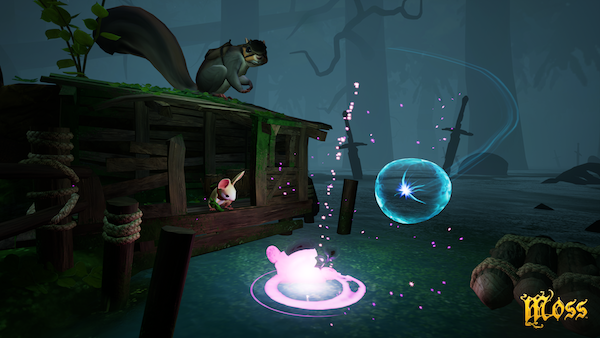 Virtual reality has often been used to insert players into situations that would otherwise be impossible. Moss, one of the newest PlayStation VR titles, goes about this in a slightly different way. Instead of making the player the focus, each stage of the game is a sort of interactive diorama. Controlling the adorable mouse protagonist Quill, players can make their way environmental puzzles by inspecting every nook and cranny of the tiny world set in front of them. It creates an experience that feel unique to VR and facilitates a new sort of immersion that is the breath of fresh air that VR needs right now.

Growing up reading the likes of Redwall and watching The Secret of NIMH, I was excited to jump into the anthropomorphic animal world of Moss. The world that has been crafted for the game is equal parts adorable and impressive to behold. Early on, when it was revealed that squirrels are ridden like horses in this world, I just about died laughing and looked forward to getting the chance to mount a nut-hording steed of my own. Unfortunately, this never comes to pass, but I remain immensely charmed by the world presented in Moss. 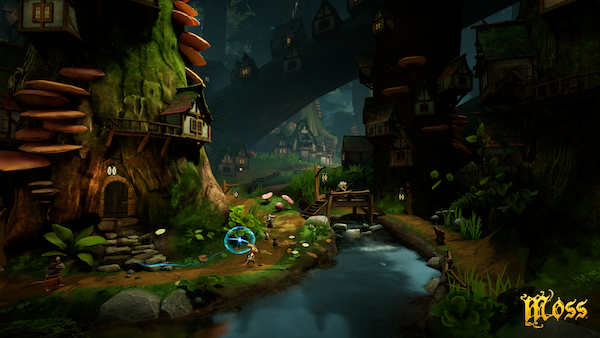 Following the adventures of a small mouse named Quill, Moss is a fairly typical fantasy story involving the rescue of a family member from the clutches of an immense evil. Traveling out on her own, Quill finds a special stone that connects her to the reader, this is where the player comes in, who can manipulate objects within the world to assist her journey. I won't give too much more away here, since the game itself is not particularly long, but it's a tale that does a good job of getting your from A to B at any rate.

Controlling Quill throughout the adventure is pretty standard and there isn't much difficulty involved with the platforming or combat in Moss. The real gems in this PSVR game are the puzzles. Normally, you would be staring at a screen and moving your character throughout the environment in order to solve a puzzle in a game like this. Since you are a separate entity from Quill, though still a being within the world, it works a little bit differently here. Constantly, the puzzles require you to stand, peek around corners or examine areas more closely, which is all done with your head and body. This feels immensely satisfying as you move your head into alcoves to see where switches are and look for collectibles. 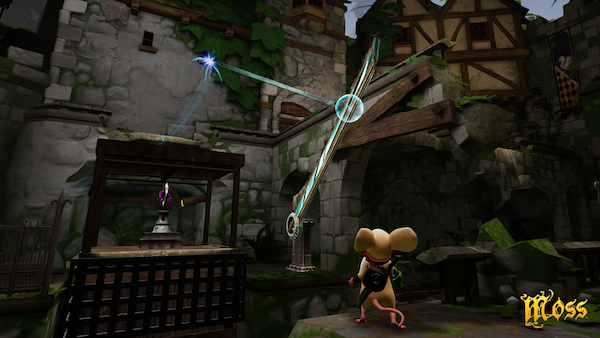 Since you are a character in this story, the game actually has Quill interacting directly with you at times, which is a lot of fun. After some tough sections, she will stick her paw in the air and give you the option of a high five. Don't be a monster and leave her hanging, just slap that paw and live a little! She will also communicate with you using sign language sometimes, which is another really neat touch. I don't know much, but it was a cool thing to notice when she thanked me for healing her after being injured at one point.

Though it is one of the must-play experiences on PSVR, it still has a few issues as well. The VR was a little swimmy at times, moving forward and back at its own accord, though not terribly bad for gameplay, it did me feel a bit queasy at times. The controller detection also had a habit of drifting, especially when leaning towards the screen. This could be more due to my setup than anything, but it was frustrating when trying to get close. These are just a few issues however, that should not detract from how satisfying an experience Moss is overall. 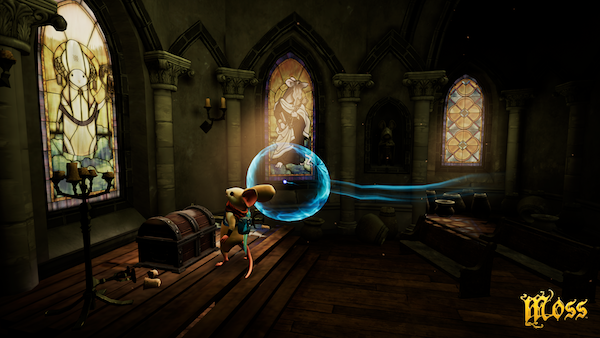 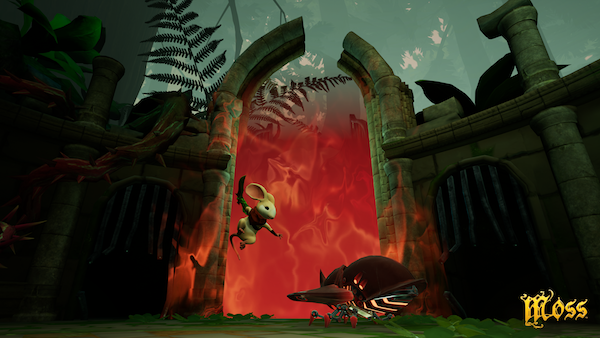 Stagnating a little bit after being on the market for over a year, Moss is exactly the shot in the arm that PlayStation VR needed to pick back up a little steam. It's well-implemented use of inserting the player into the action in a slightly new way makes it feel like a fresh experience. The story and environmental designs of Moss also do a quick and easy job of drawing you in and not letting go until the relatively short game has concluded. Hopefully this is not the last we'll see of Quill and I look forward to pressing onward in her PSVR journey. Moss is available now for PlayStation VR.

GAME REVIEW | Blasters of the Univ...