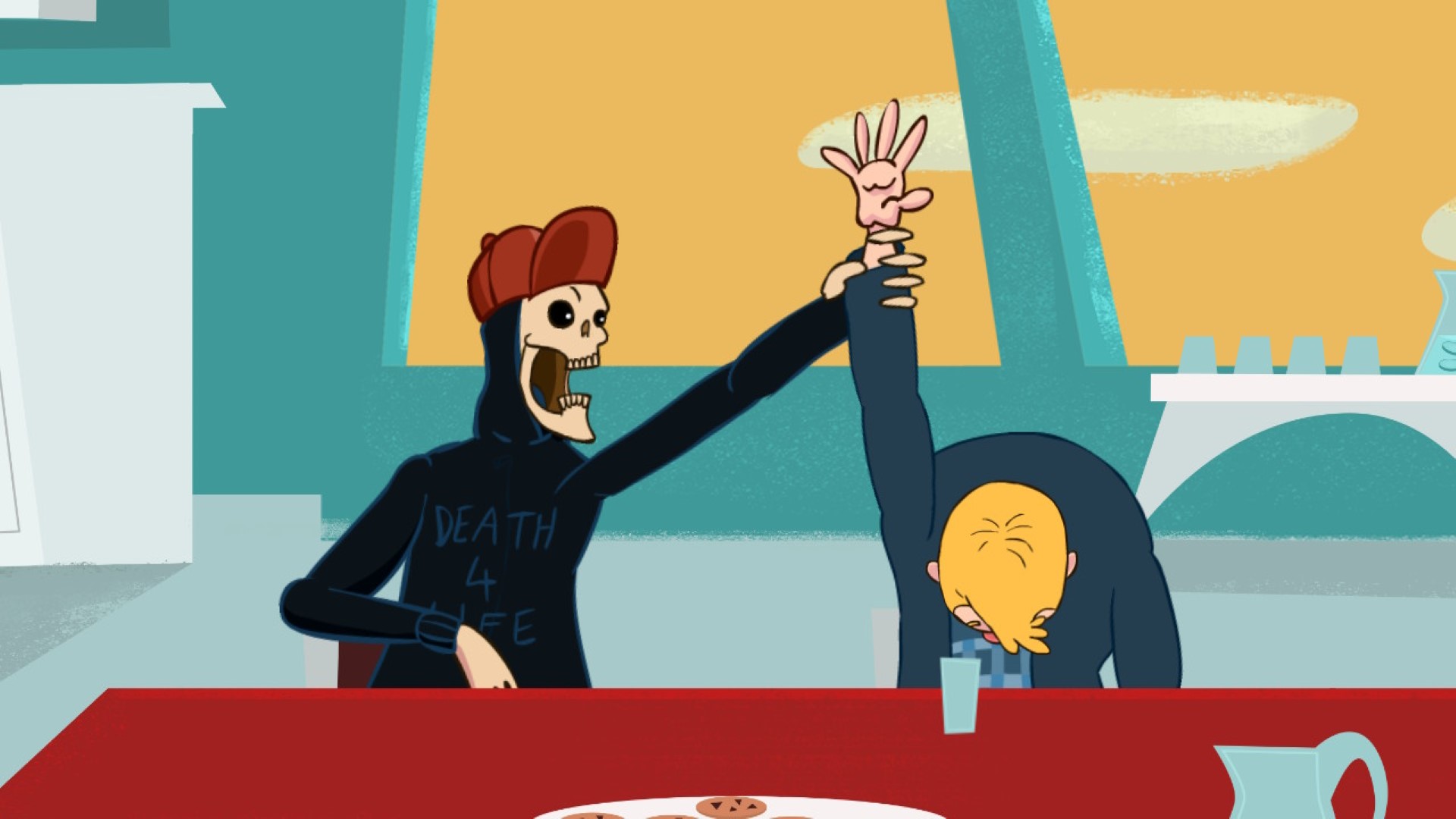 Death can be a bitch, especially when he spends more time learning how to do kick flips than he does actually doing his job. But when second chances arise from a grim situation, one cannot help but grasp that brass ring and hold onto it with all your might. However, that ring may bring more trouble than good, as evident by Perfectly ParaNormal's silly title Manual Samuel.

Our story focuses on the titular character, who's more douchebag than man due to him growing up with a wealthy family. After upsetting his girlfriend, Samuel finds himself run over by a truck and sent to Hell. That's when Death gives him the opportunity to be granted a second chance at life, after discovering he's carrying more life currency than the average person. But upon returning to Earth, he finds that he'll have to experience living manually for the next 24 hours, or else he'll be forced back to those fiery gates in a blink of an eye. 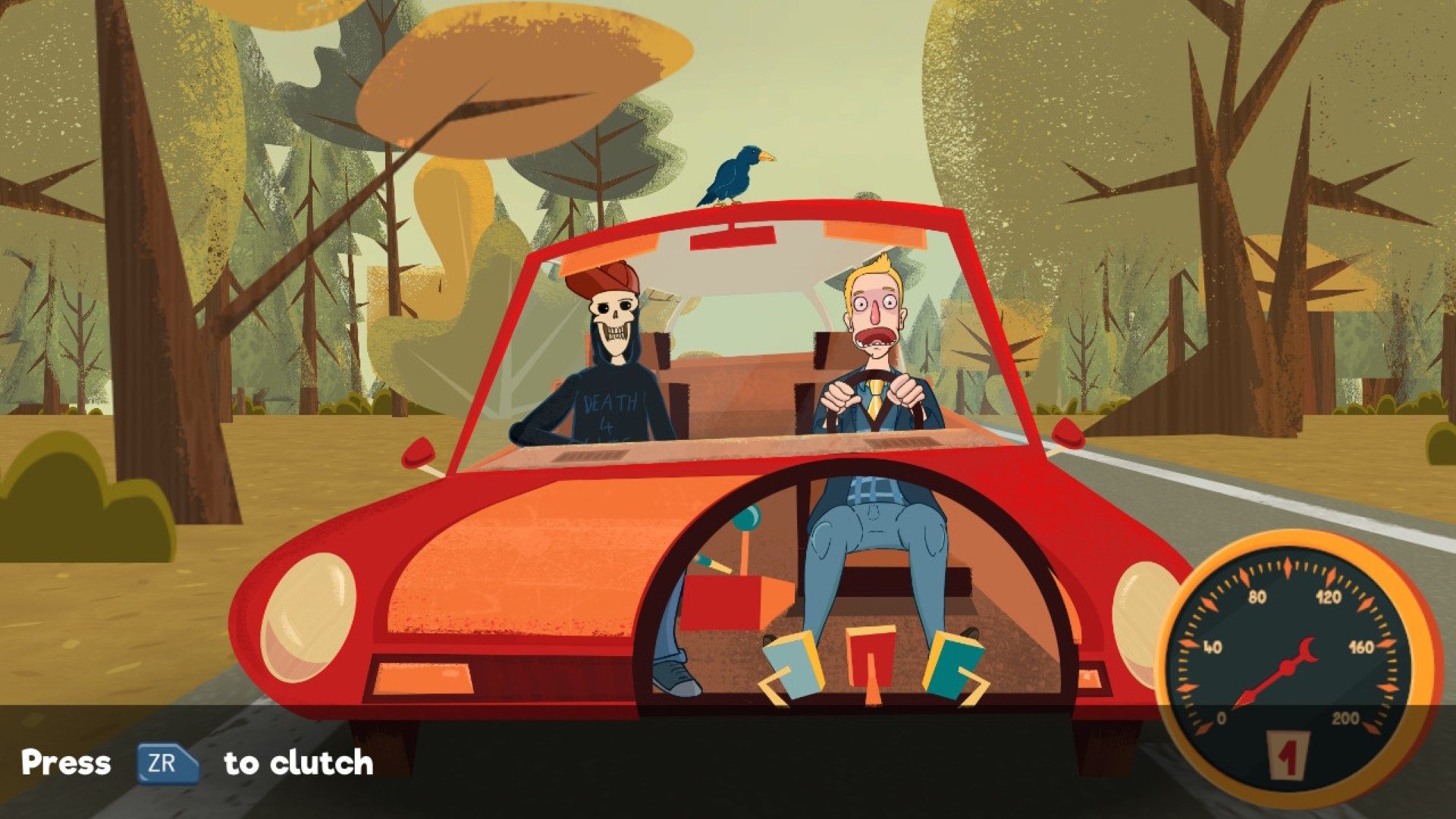 Using the Joy-Cons, players will have to control every single aspect of Samuel. Blinking, walking, grabbing, and even breathing is all done via a button command, resulting in your hands often playing Twister with one another. With its mixture of regular and motion-based controls, Manual Samuel delivers one of the most challenging means of playing a video game. Although it may sound difficult (and it is), what occurs will give you more laughs than frustrated growls.

In a way, Manual Samuel reminds me a lot of the cult classic Octodad, where players had to control every single tentacle of that hero to do simple tasks. Here, there will be times where players will have to use their finger skills to put on clothes, brush their teeth, drink coffee, and even relief themselves on the toilet. Things get trickier when you try to do all this while driving or piloting a giant robot, making situations more complicated with every little mess you create. Thankfully, all of it is presented with a surprisingly huge amount of comedy. 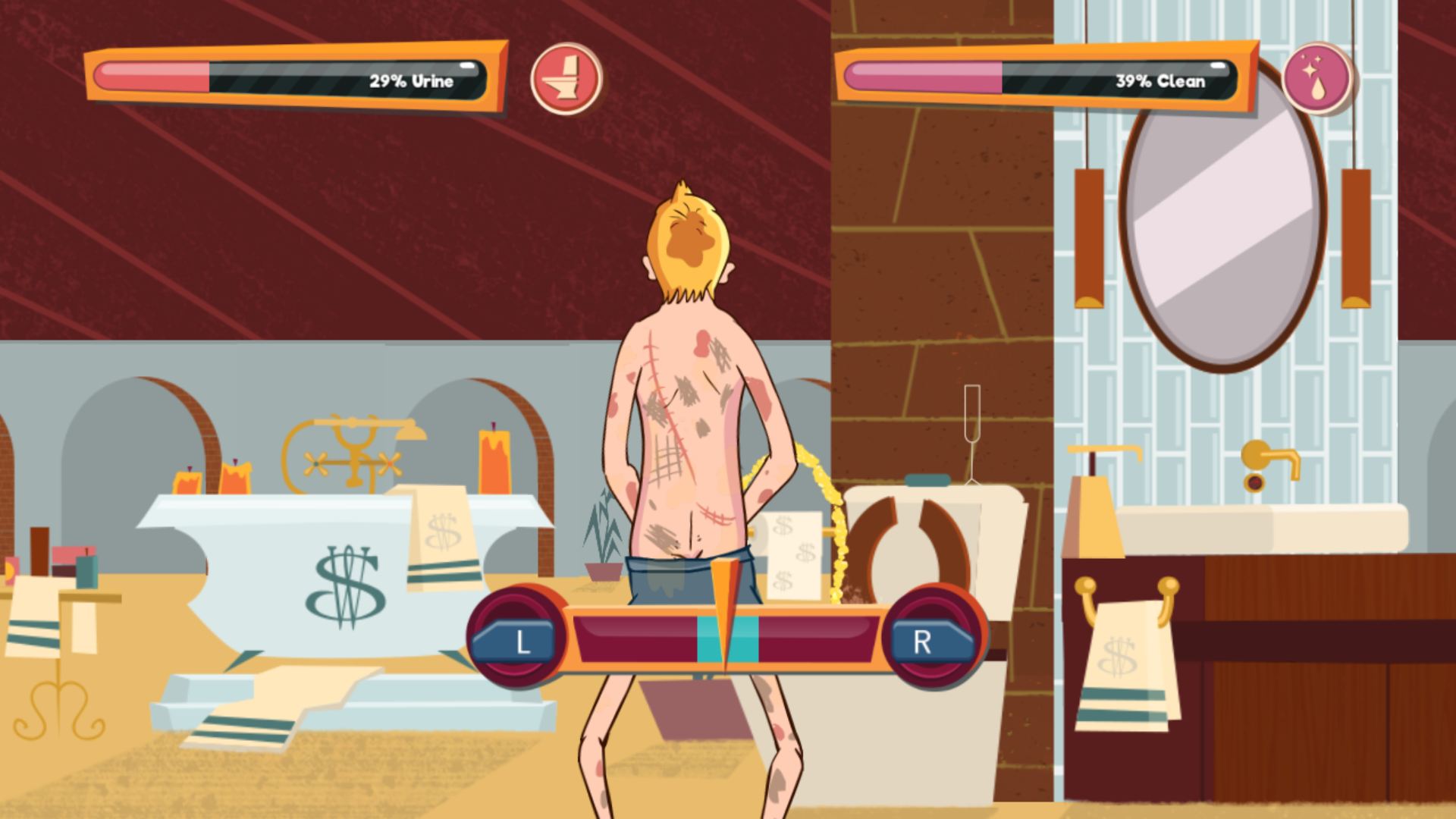 This is one of those titles where it's legit fun to mess up, as each hiccup you create can show off another great visual gag. Falling down stairs, burning yourself with coffee, choking on food, and missing the toilet whilst taking a piss is all showcased with some knee-slapping silliness that makes it hard to miss out on. All of this is presented with some very top-notched voice acting, with Damien Marhefka's Death coming off more like Lil Wayne and Brian Sommer's Narrator sounding reminiscent of Little Britain's voiceover.

However, despite the fun and hilarity Manual Samuel delivers, one cannot look over some of its flaws. On a few occasions, I had to enter and reenter areas to highlight or even complete a command. (While the controls are a challenge, it shouldn't take ten minutes to get Sam all washed up like it did!) There were also some areas where having to hold down a button to possess an item were conflicted by having to press the same button to initiate a command, which caused me on numerous occasions to screw up in a blink of an eye. 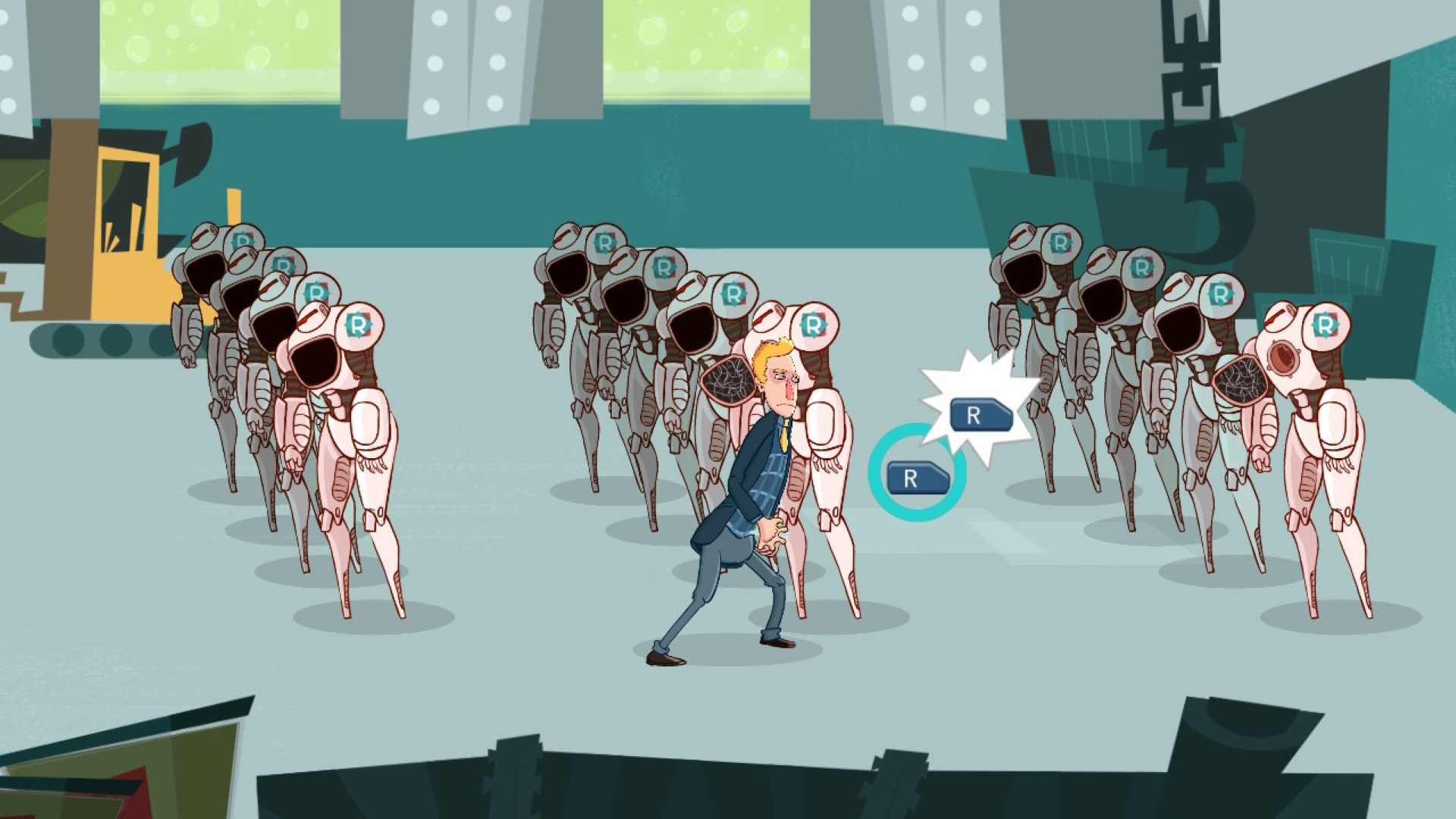 Lastly, its biggest flaw is the runtime. I managed to beat Manual Samuel in just under two hours, which may be a bit too much for a $10 game. Granted, there is a lot of replay value, thanks in part to its achievement system, but seeing the end credits roll so quickly made me raise an eyebrow. Playing co-op with a friend does extend the gameplay time, as it's rather challenging to have two people control one character (albeit the challenge still being fun when playing with a pal).

Manual Samuel is one goofy side-scrolling adventure worth coming back from the dead for. Although its time with you may be short, it'll be hard to forget many of Perfectly ParaNormal's wacky gags and gameplay mechanics. More fun than skateboarding near the River Styx, Manual Samuel delivers you one of the craziest days-in-the-life/death scenarios that you'll want to experience.

Promotional consideration provided by Jeffrey Matlulef of Plan of Attack. Reviewed on the Nintendo Switch.