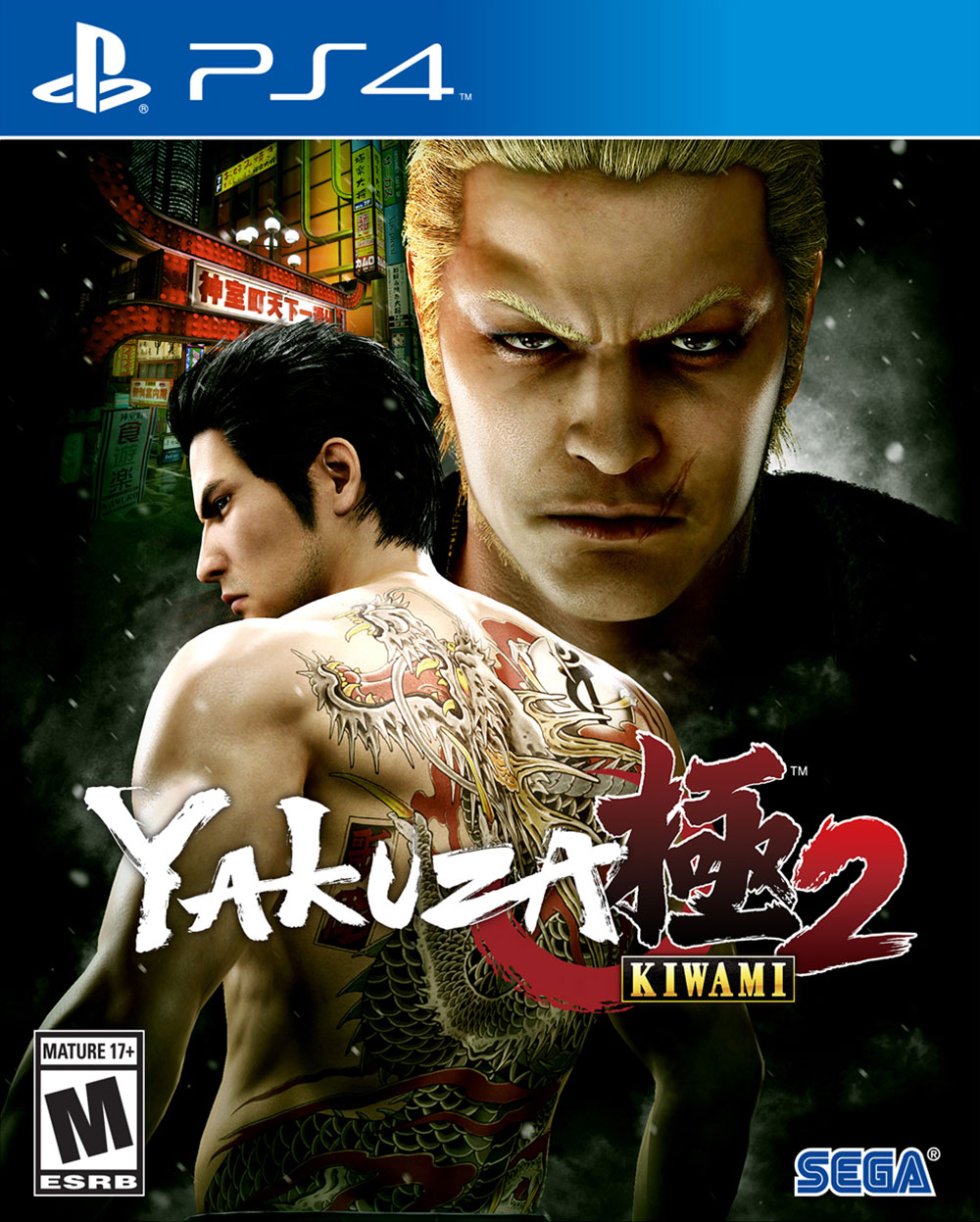 Rarely does the Yakuza franchise disappoint, and thanks to the love the likes of Yakuza 0 and Yakuza 6 earned over in the US, fans outside of Japan are now just getting into the story of Kazuma Kiryu. How fortunate that SEGA and Ryu ga Gotoku Studios are putting in quite the extra effort to get those fans caught up with their recent remakes of their classic games. While the first Yakuza Kiwami title was a lovely reintroduction to the underground world of crime and passion, it didn't have as much beefed up content as the later titles did. That's where Yakuza Kiwami 2 comes in to fix those errors.

A remake of the 2006 sequel, Yakuza Kiwami 2 takes place a year after the events of the first game. Kazuma is now Haruka's guardian, and he has walked away from the Japanese Mafia way of life. But as the cliche goes, he gets pulled right back in when Fifth Chairman Yukio Terada is murdered by assassins from the rival organization Omi Alliance. As he searches for a new leader for the Tojo Clan, a new conflict arises in the form of the Dragon of Kansai: Ryuji Goda. 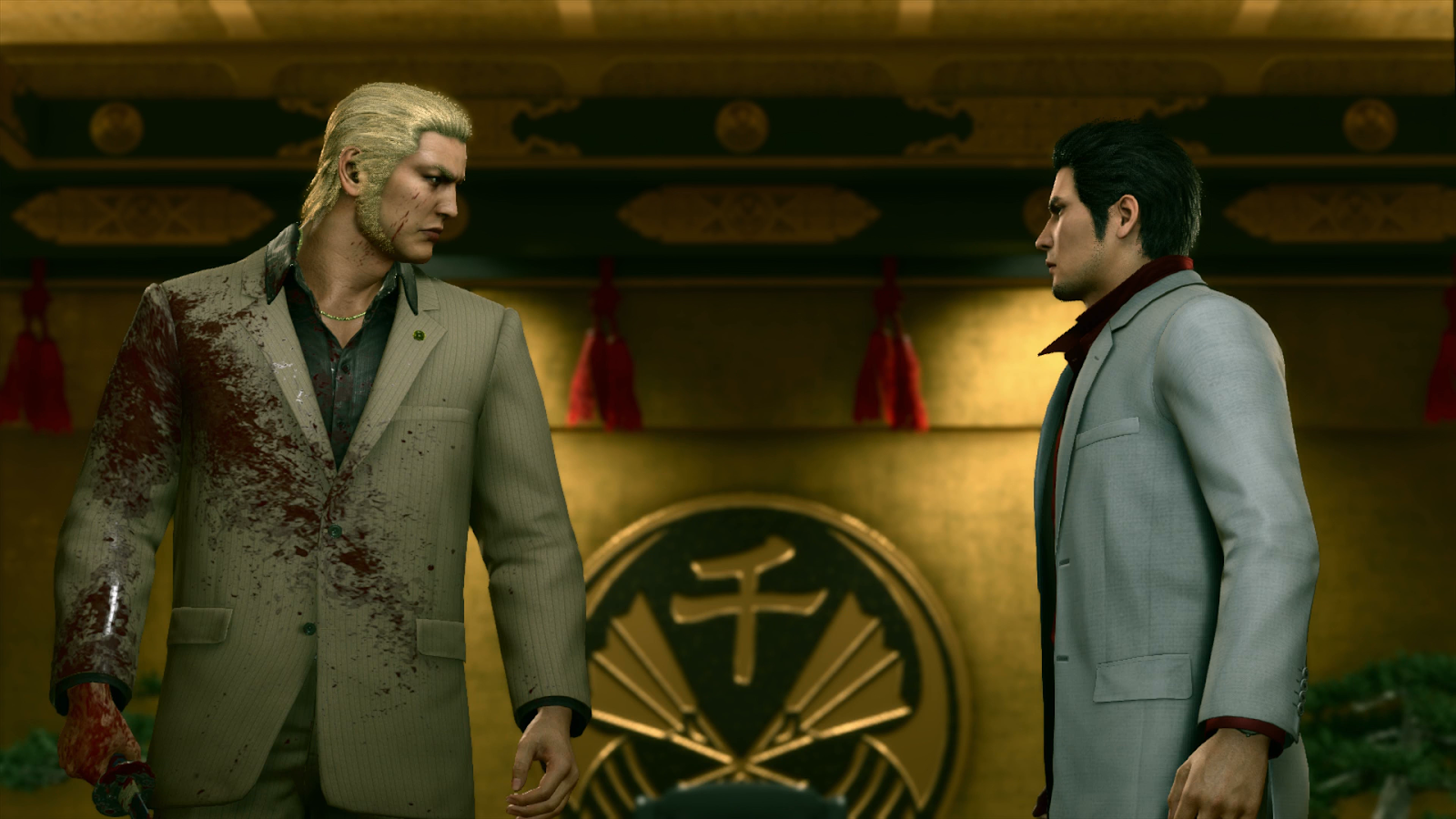 Soon the underground world is thrown into chaos, with the Korean Jingweon attempting to control Kamurocho and Osaka's crime syndicates. It's when Kaoru Sayama, a detective on the anti-yakuza task force, arrives to offer Kazuma a hand in his mission when things start to tie together. As the two unlikely partners get closer to finding out the truth, their own relationship begins to blossom in ways that not even the Dragon of Dojima would've predicted. However, knowing Kazuma, this is all in a dirty day's work when it comes to cleaning up messes.

Although the Yakuza franchise has always been a heartfelt series, it was its second chapter that cemented the series as one of the most emotional ones around. No one, not even the likes of David Cage and Quantic Dream, can compete with the realistic feelings and performances that are awaken throughout Kazuma Kiryu's saga. Here in Yakuza Kiwami 2, this level of passion is brought out in a plethora of story twists and turns that newcomers of the franchise will not see coming. To be blunt: this series does not get the storytelling credit it rightfully deserves, although it's slowly earning that respect over here after earning cult status. 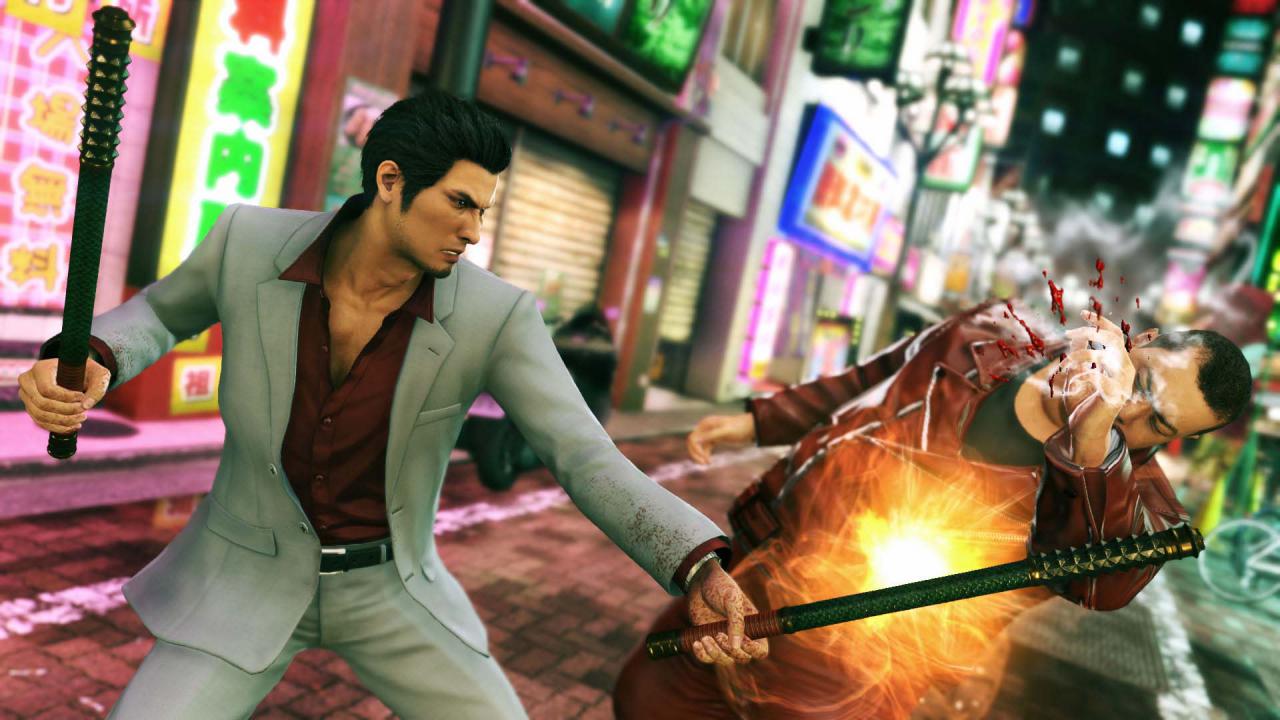 It also doesn't hurt that -- like the first Kiwami and Yakuza 6 -- the game is brimming with so much beauty on every frame. Using the Dragon Engine, the worlds of Osaka and Kamurocho are filled with as much life as the cityscapes of Japan. There are buildings and waterfronts that are so photorealistic, that you could easily fool someone into thinking they were looking at a genuine picture or video. The attention to detail in all the characters is spot on as well, with the glimmering of sweat and vein-popping anger in our hero's face coming to life in the most spectacular of ways.

Gameplay-wise is where Yakuza shows its tattooed muscles in all of its glory. The brawls you embark in are always exciting, as you punch, kick, and power your way through gang members, thugs, and the occasional punk or two. Using foreign objects is always a plus, with boxes, bikes, and construction cones in arm's length to offer you an extremely funny advantage in some places. As you fight, you will be able to learn new attacks, upgrade your skills, and even earn some cash that the baddies drop after you make them unconscious. 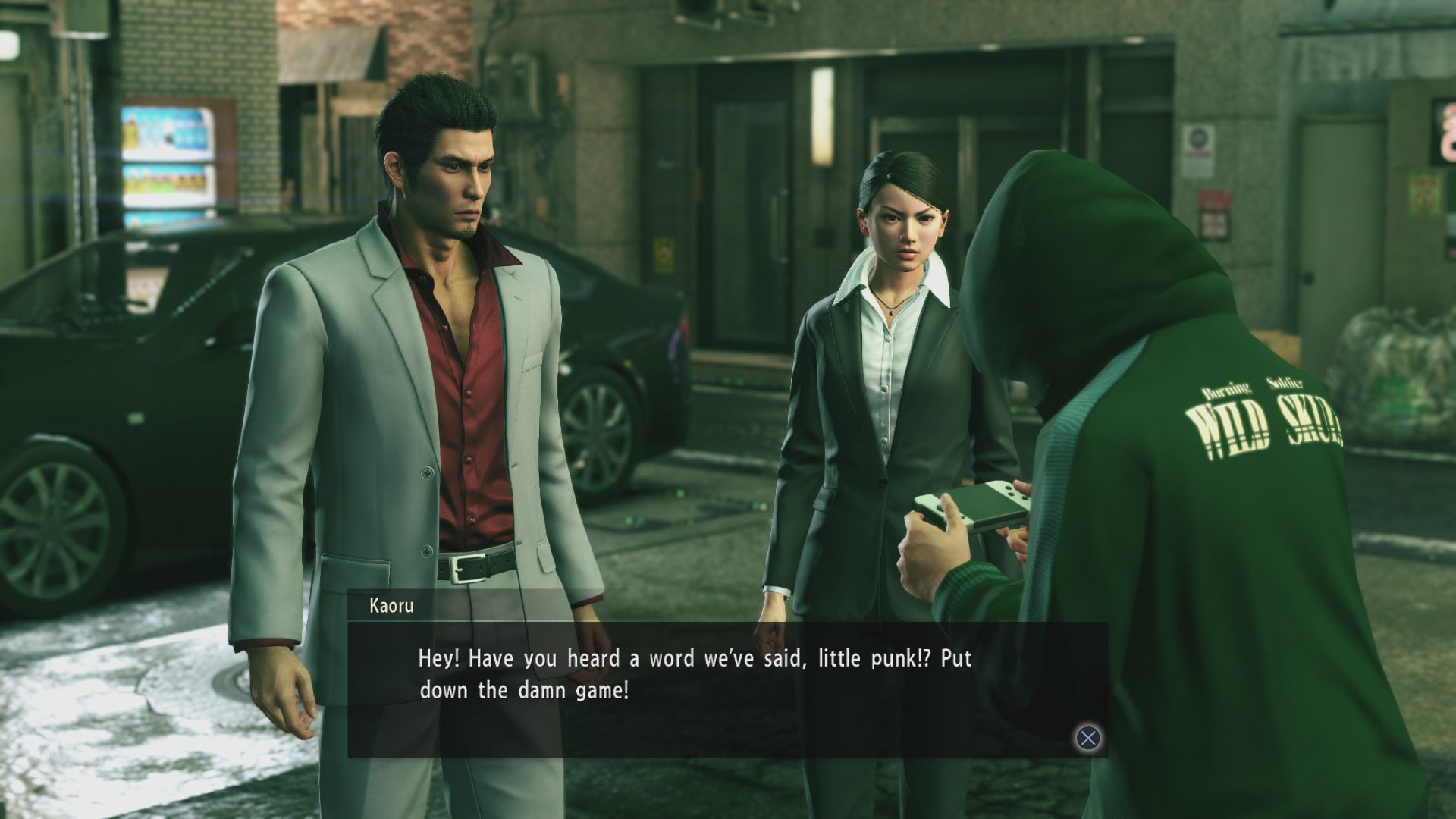 Sadly, it's the upgrade aspect that I noticed being a little lopsided in Yakuza Kiwami 2. While I found it a lot easier to boost up Kazuma in both its prequel and 6th chapter, here it felt more like a grind than anything else. Although I could still gain the upper hand during these battles, I often felt like I wasn't getting as powerful as quickly as before. (During my 20-hour play though, I only unlocked roughly 25% of all the skills that are available.)

Thankfully, this doesn't take away an inkling of fun that this remake has to offer. Although it's the main story that will grab your by the heartstrings, the side quests that are offered will give your funny bones enough juice to last them a very long time. From scamming mediums and randy grannies to struggling musicians and bosses with strange fetishes, the stories that both towns you traverse in are brimming with personality and style every moment. Honestly, this is the only series I've come across where running into a side-quest is greeted with glee and not an eye-rolling groan. 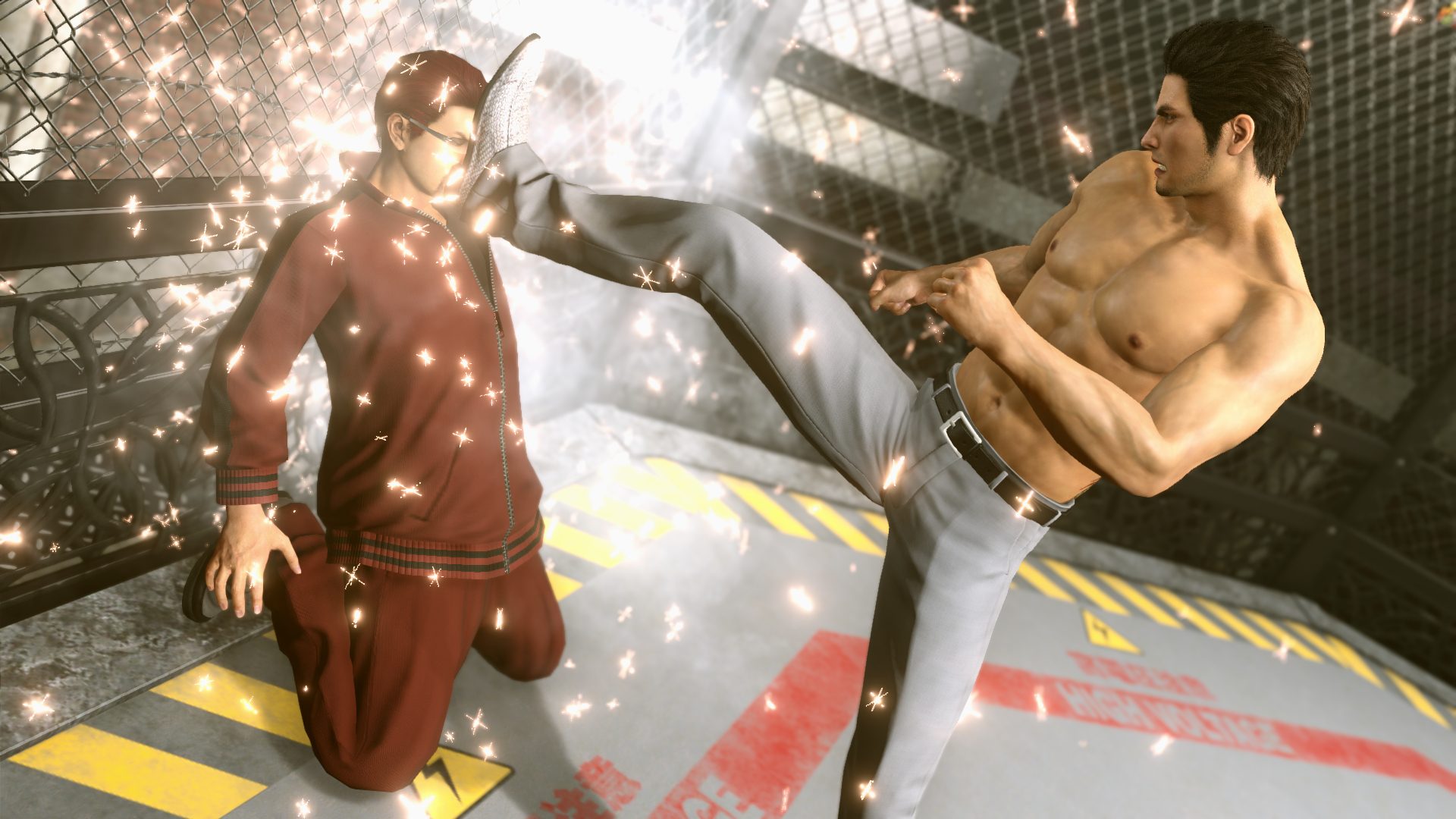 However, that's just the icing of what Yakuza Kiwami 2 has to offer. Karaoke, batting cages, fighting tournaments, mahjong, cabaret club simulators, sexy photo shoots with real Japanese cuties, darts, the entirety of Virtua Fighter 2, crane games, Poker & Blackjack, and even toiletry games are all here for you to play and have an incredibly fun time with. (You can even play Virtua Fighter 2 with a friend for some old-school couch co-op excitement.) But here's the best part of all the extras: new modes with fan-favorite Goro Majima.

A back story has been added to this remake, giving players a chance to see why Majima left the Tojo Clan in the first place. For the wildest guy in the entire franchise, it's always amazing to see him demonstrate a genuine heart and soul in his journey. Yes, he's the Mad Dog, but even dogs need to demonstrate a hunkering of love from time-to-time. Not only does he bring a new story to the table, but Majima also delivers the Clan Creator from the sixth game to this new series, with a RTS-styled mechanic that's both funny and exciting to witness in action. 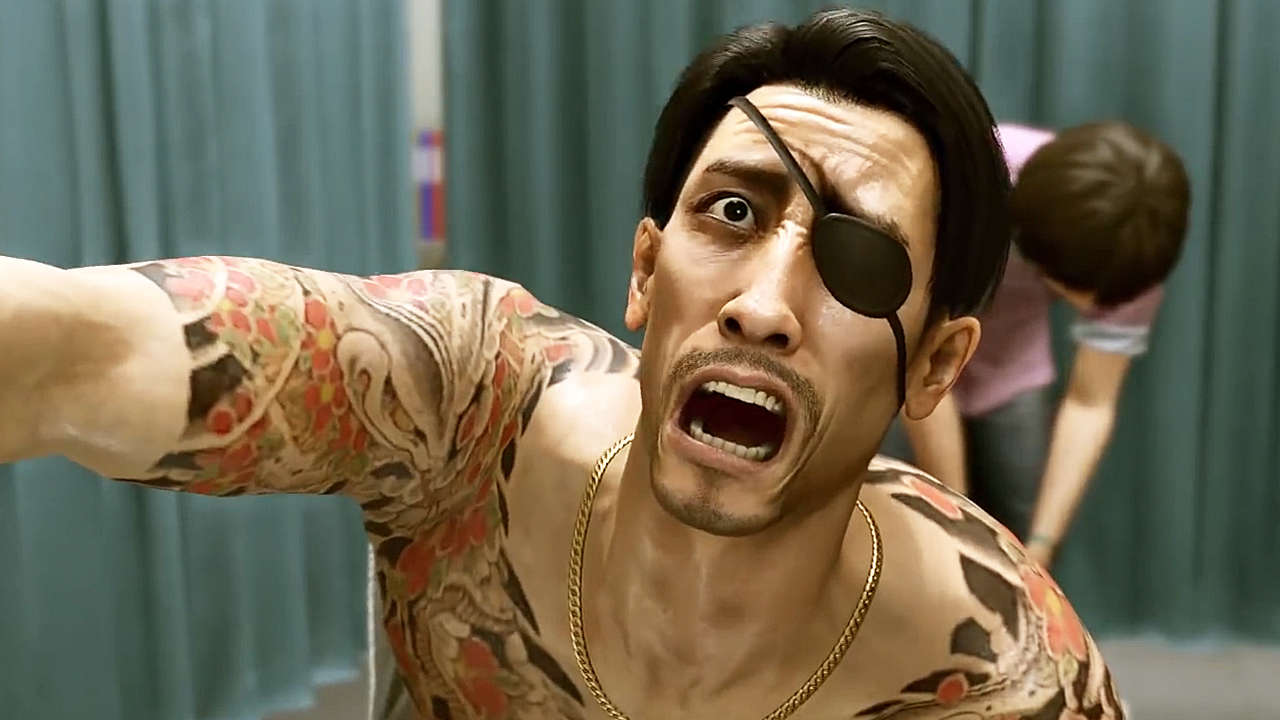 Once you complete the main story of Yakuza Kiwami 2, you will be able to revisit the story in its New Game+ mode with everything you've earned in the past. However, if that's not your thing, you can simply roam about the cities and complete the missions and side quests that you didn't get to the first time around. And with many a story to uncover, the amount of entertainment value you'll discover will rival many of the other open-world titles out there.

The Dragon of Dojima demonstrates his muscle and heart in this excellent remake of the second Yakuza game. While it's certainly best to first play Yakuza 0 and the first Kiwami title, you will no doubt have one hell of a grand experience if you were to just jump into this game without any past knowledge of Kazuma Kiryu. Here's hoping the remakes keep coming, as Yakuza Kiwami 2 showcases what makes this franchise one of the best the game industry has to offer.

Promotional consideration provided by Jonathon Stebal of SEGA of America