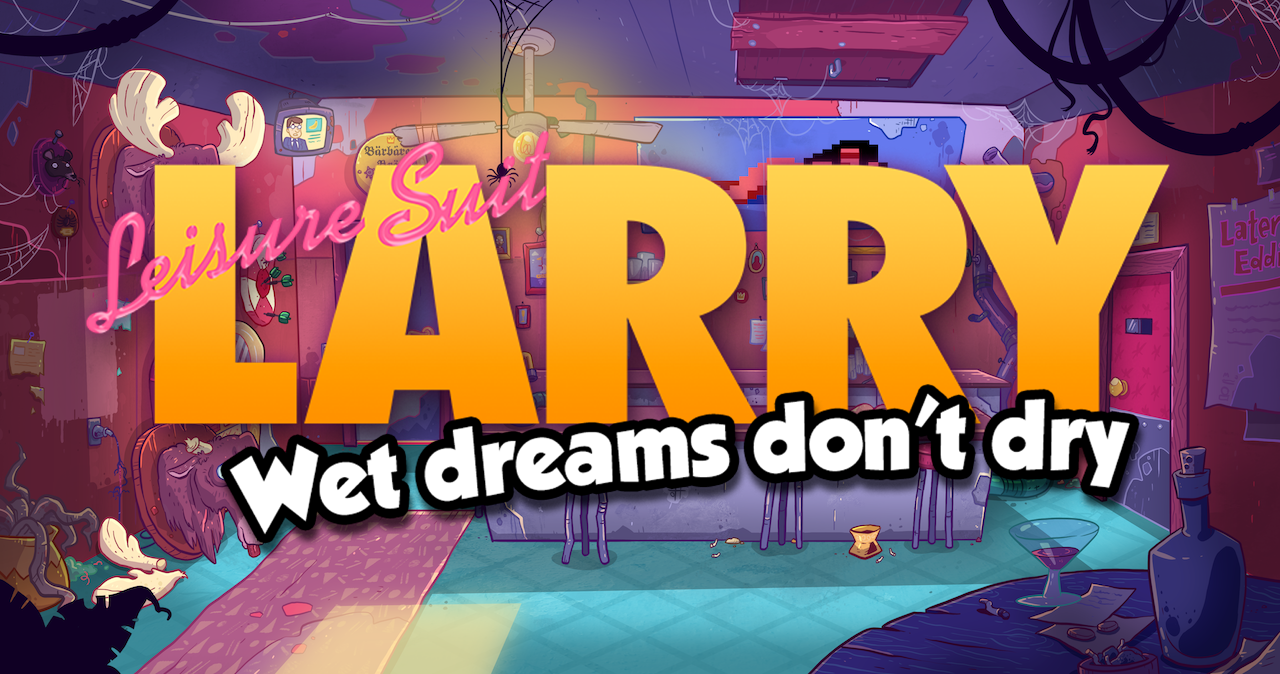 When I was a kid, I had fond memories of playing Leisure Suit Larry in the Land of the Lounge Lizards. Granted, half of those memories involved me looking over my shoulder to make sure my parents didn't catch me playing it, but -- nonetheless -- it was a very fun and raunchy experience. One may wonder whether or not Larry Laffer could survive living in the 21st century, especially with stronger gender equality and naughty sexist comments & humor being given the ole wag of the finger. So imagine my surprise that his latest adventure -- Leisure Suit Larry: Wet Dreams Don't Dry -- not only captures the spirit of the originals, but does so while being a clever game for this generation.

The story takes place 31 years after Land of the Lounge Lizards, with Larry waking up in a sewer wondering what had happened & where he is. Emerging from below, he sees his favorite bar Lefty's still intact. Entering, he comes to the realization that he's no longer in the 80s, and the world has evolved far greater than than he could ever imagine. (Well, still no sex robots...yet.) After finding a prototype of the next smartphone, Larry goes on a quest to up his Timber rating and earn the ultimate score: one of the sexy head assistants of Prune Enterprises. 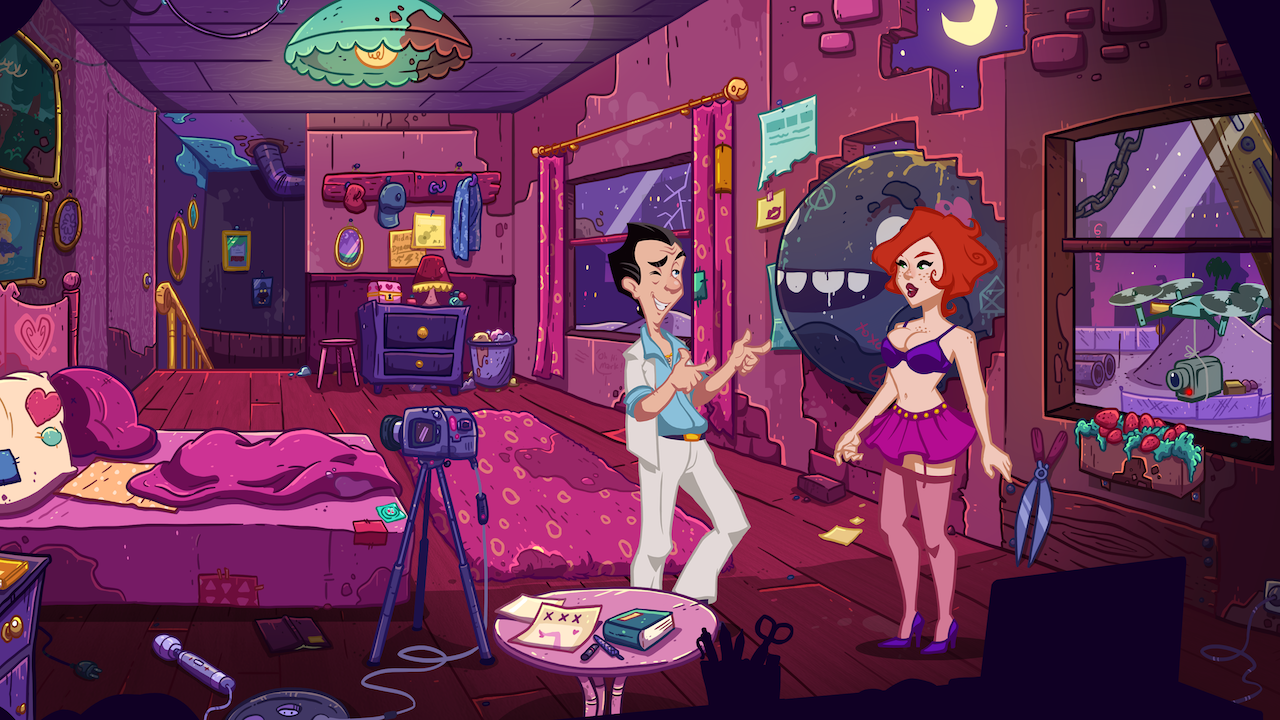 Those who are familiar with Leisure Suit Larry know that the goal of most of his games is to hook up with as many girls as he can, and Wet Dreams Don't Dry doesn't skimp on that aspect. What is different is how much more developed the female characters are compared to past games. (No, not that kind of "developed"!) The women in the game actually have some personality, not to mention a lot of depth. (Stop snickering, that's not what I meant!) On top of that, you also have to help rekindle the fire of a gay couple who've parted ways, in a set up that's both very funny and surprisingly touching.

Despite being a product of the 1980s, Larry Laffer is kind of evolved when it comes to human equality. Yes, he's a massive horn dog that thinks more with his crotch than he does with his brain, but he shows a good heart when the time calls for it. While a rare occurrence, he does want to do the right thing, even if it may cost him the chance to have a good roll in the hay. What's more, how he accomplishes it is both silly and clever. 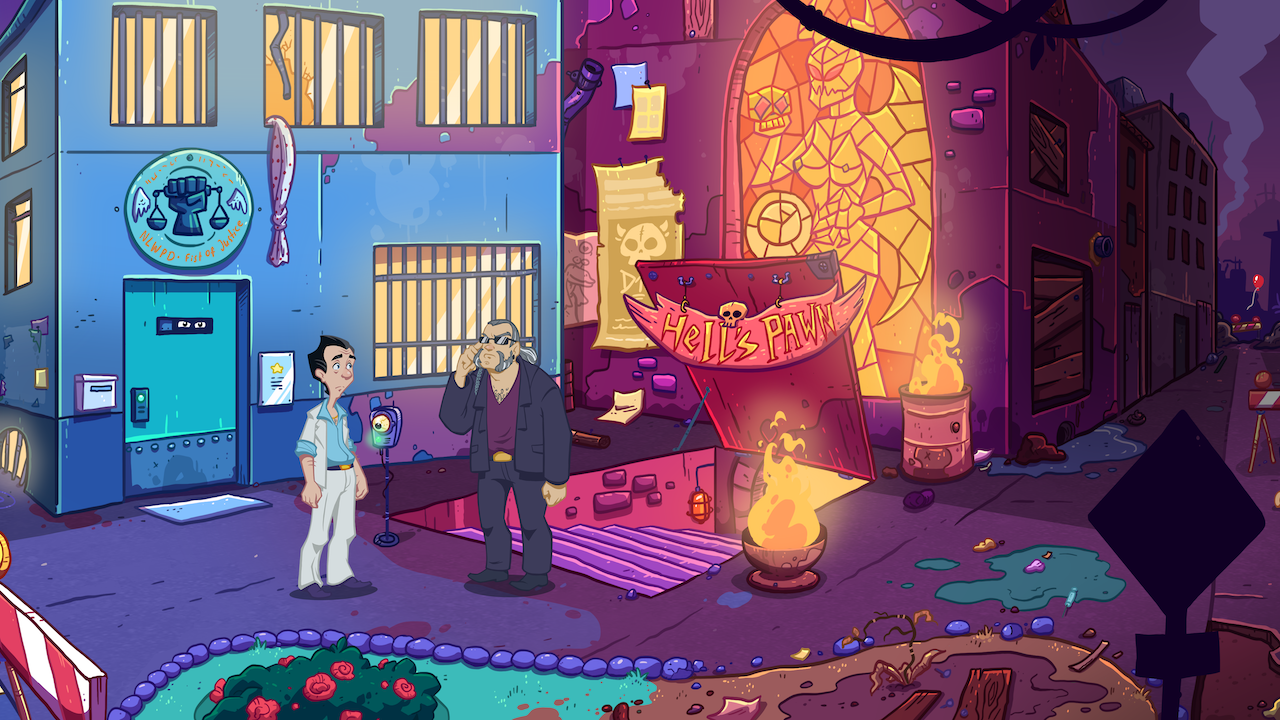 Granted, it has its fair share of fart jokes, and the Prune buildings are filled sky high with shapes of various kinds of genitals. It wouldn't be a Leisure Suit Larry game without them, and they do manage to get a good snickering in here and there. But where the comedy showcases its golden material is its take on the modern era. How we're stuck on our phones, the constant usage of apps and taking selfies, and even the way we date. It cuts right to the core of how obsessed we are of our image online and how we portray ourselves in public, and does so with some well-written belly laughs attached.

As it was in the VGA-era of video gaming, Wet Dreams Don't Dry is set up like a classic point-and-click adventure. Using items that you find lying around, you'll have to solve various puzzles like fixing Lefty's brewing mechanism or break into Prune to steal its secret documents. The downside about this gameplay mechanic is that you'll be spending a good amount of time clicking on every pixel of a scene to find what you're looking for. Hell, even if it's right in front of you, the item you may need might even pop out until you're close to frustrating yourself from turning it off. 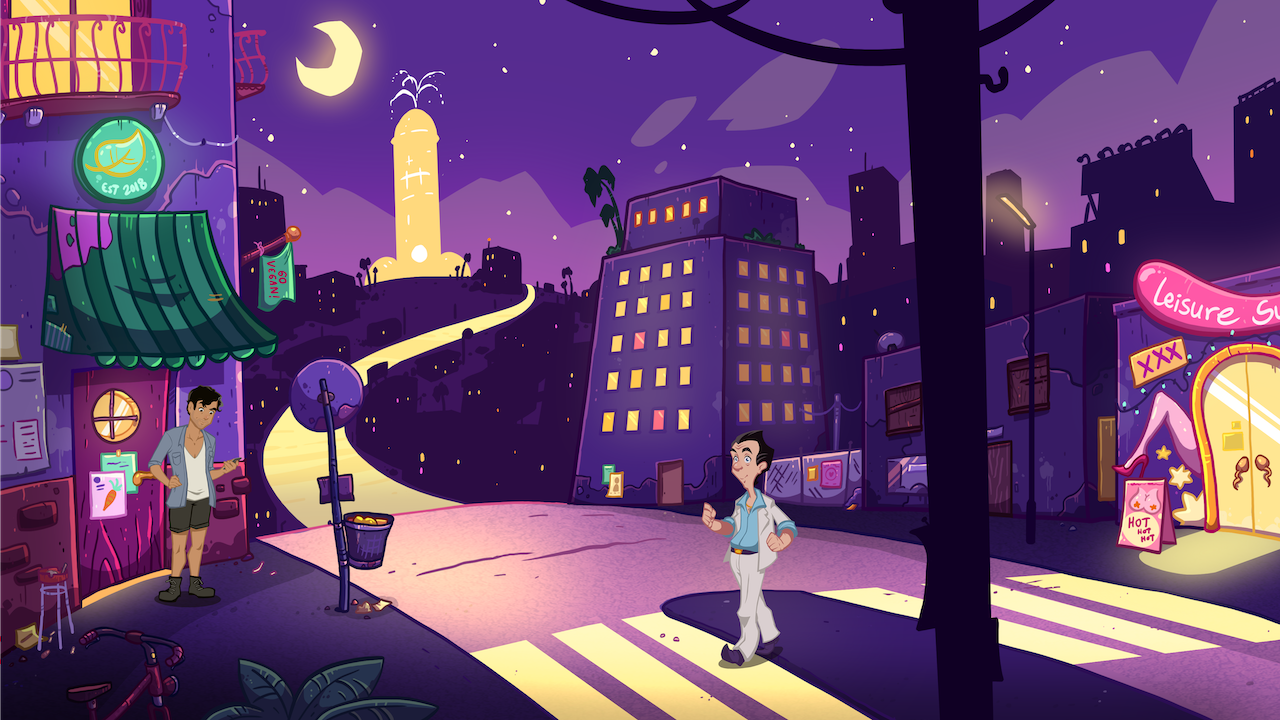 However, once that frustration calms down, players will be able to discover a naughty adventure with a great dose of humor and fun during every chapter. Returning to voice Larry, Jan Rabson sounds a little over-the-top with his performance, but that's the point of our titular anti-hero. He's legit a caricature walking around in a place he doesn't quite fit in, but his mentality is nothing but pure optimism all the way. Because of this, when he does succeed in getting the girls, it feels more well-deserving than it does groan-inducing (although I'm never looking at unicorns the same way again). 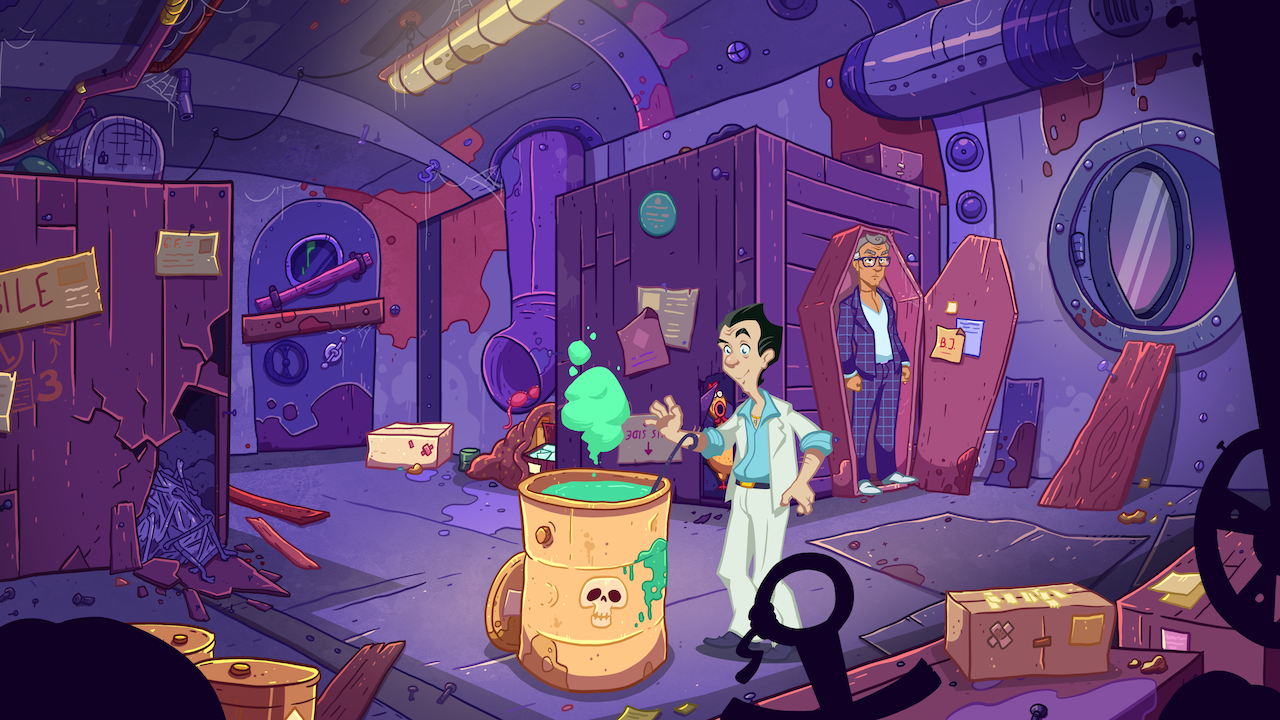 Wet Dreams Don't Dry will take you roughly 6-7 hours to complete. Although there's not much to revisit when you've beaten it, there are a couple of hidden achievements one can try to earn by attempting various responses and strange clicks. Still, the time spent playing this game is solid enough for what it has to offer.

A Leisure Suit Larry game should fail in the 21st Century, and yet Wet Dreams Don't Dry proves that thought wrong. Incredibly funny and sharp, this return of Larry Laffer should be celebrated by both fans of the original series and newcomers who've only heard legends of its naughtiness. Here's hoping that this triumphant comeback will lead Larry towards new adventures and plenty of attempts (and failures) to score with the most luscious of babes!