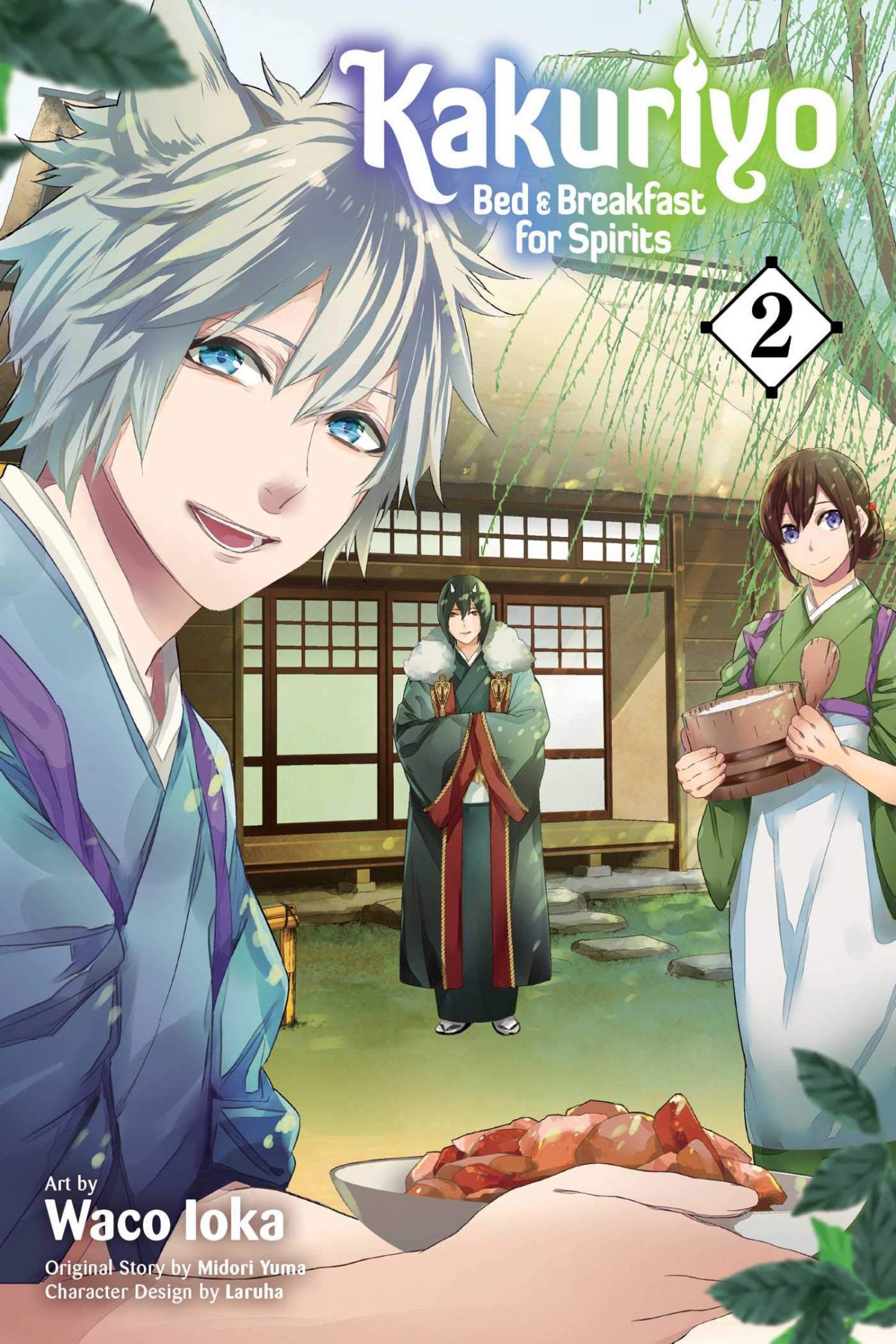 Sometimes it take awhile to get things going in a manga. In regards to the recent adaptation of Kakuriyo: Bed & Breakfast for Spirits, the first volume did a good job with presenting its world and female lead. However, its portrayal of inn owner Odanna and the rest of the spirits left a very bitter taste in my mouth, with only a couple of characters being remotely likable. It would be a no-brainer for the second volume to fix this with some deeper character backgrounds and the like, but sadly that's not what we get here.

Volume Two picks itself up right where things left off previously, with Aoi having no luck with finding a job to help pay off her grandfather's debt. Her luck somewhat changes after finding a drunk tengu named Matsuba, who is treated to her cooking with much delight. After Matsuba reveals his major status and gives her a special gift, Odanna begins to see some sort of potential in Aoi as he brings her into town. There she comes across many other spirits, but must keep her identity hidden behind a mask. That's when Odanna makes a major announcement in front of everyone, shaking the residents to the core.

At first, the latest volume of Kakuriyo seemed to be picking up the slack of the opening chapters, as we see Aoi bonding well with Matsuba. What the first volume was lacking in the compassion portion was slowly being filled with the kindhearted conversations between the two, with some reveals regarding Aoi's grandfather's importance in the world. Even Odanna looked to be impressed with what had occurred, especially when Aoi rejects an idea that would've freed her of her grandfather's debt. It's a moment that shows in Waco Ioka's adaptation of Midori Yuma's light novels the importance of having a heart and noble mind in a realm of mystical spirits.

However, no sooner did this arc conclude when the rest of the story's writing started going downhill. Despite her getting high approvals from the retired lord tengu, there are one too many spirits still giving Aoi lip for merely being in their presence. One of the worst suspects of this crime is that of Oryo, the snow woman who tries to unmask Aoi while she's roaming with Odanna in the ayakashi world. Even after being nursed back to health after a fiery incident, Oryo seemingly still treats Aoi like she's of little importance.

Regarding Odanna, it does seem like he's slowly showing the kind of heart a character like him should be displaying. A moment involving him saving the sibling of the inn's head of reception demonstrates his core values and the like, giving way to perhaps a full reveal of his true mentality later on in the story. With that being said, he tends to be a walking contradiction when it comes to his treatment of the sibling and how he's been viewing Aoi, to the point where she gives him a death glare during his monologue. It's a somewhat humorous moment, but it's tainted by the past and future actions that Odanna commences after the incident occurs.

I don't know what it is about Kakuriyo, but its wonderful visuals are being muddled by a story that's just downright mean-spirited (pun intended). While there is hope for perhaps a better character turn for Odanna the next time around, the overall tone this series delivers just doesn't do anything to give a fraction of hope to Aoi and the kinder spirits of the Tenjin-ya Inn. Maybe it'll get better, but for now Kakuriyo: Bed & Breakfast for Spirits isn't worthy of a manga escape from reality, even for a mere overnight visit.