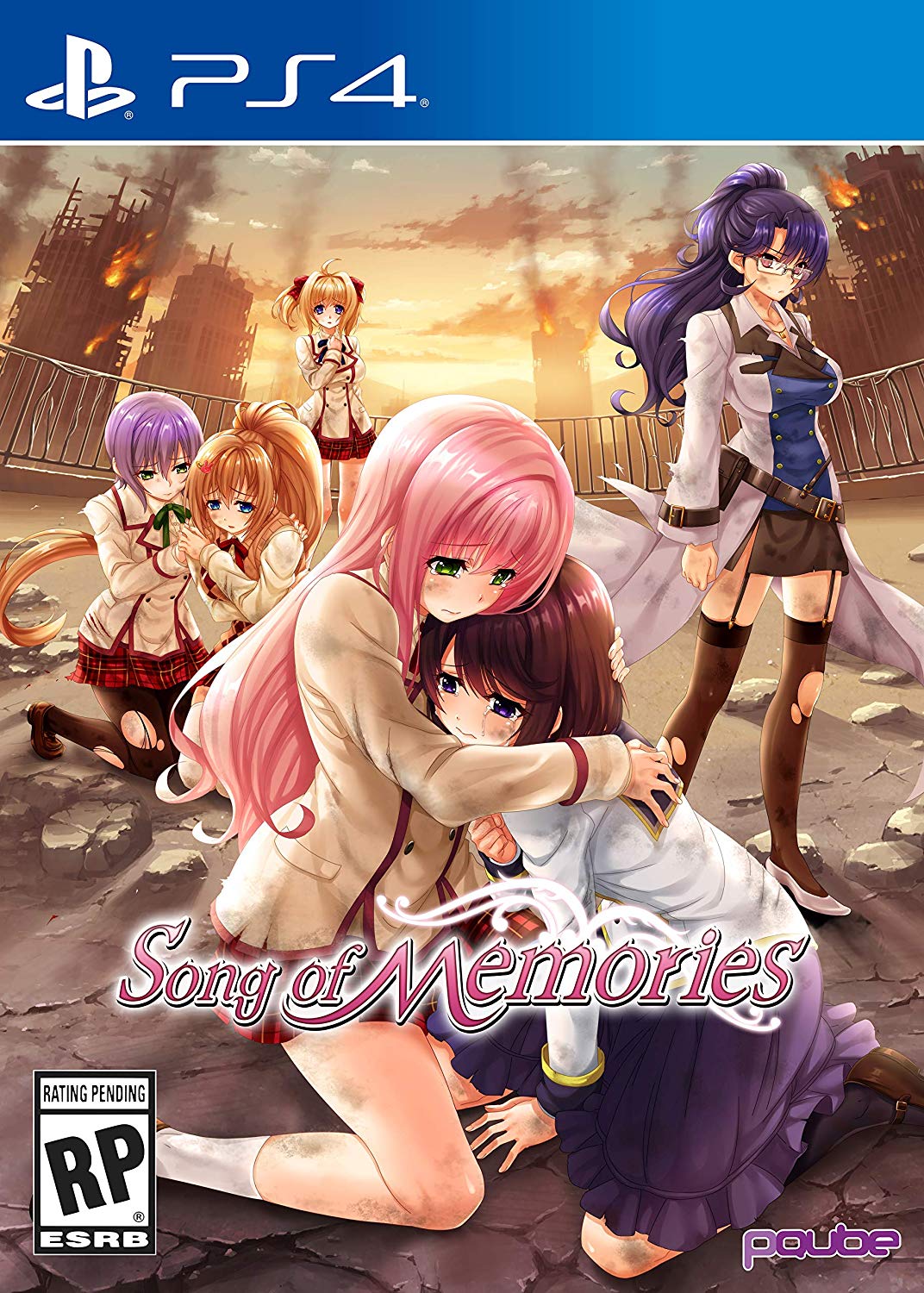 Visual novels can be a bit of a hard sell for the common gamer. Unless it has a special kind of gameplay aspect to it (i.e. VA-11 HALL-A and its drink mix menu), most people outside of the Japanese market would probably not find themselves drawn towards this genre. However, if one were curious enough to see what visual novels can deliver, PQUBE Games' newest edition to its lineup Songs of Memories is one of the better titles players should certain give a whirl.

Taking place in the not-so-distant future in Japan, Song of Memories has you take on the role of the (mostly) unseen protagonist. You and your sister Fuuka are prepping to welcome their friend Kanon back to the normal population, as she has been in the hospital with a mysterious illness. Meanwhile, their friend Yuno is practicing for a gymnastics meet, as her close friend Satsuki helps with her routine and to push away any perverted students from gawking at the popular student. As this is going on, mysterious monsters start appearing throughout the town, with your special device that can call upon a hologram idol unit called Dream 4 U the only thing that can stop them. 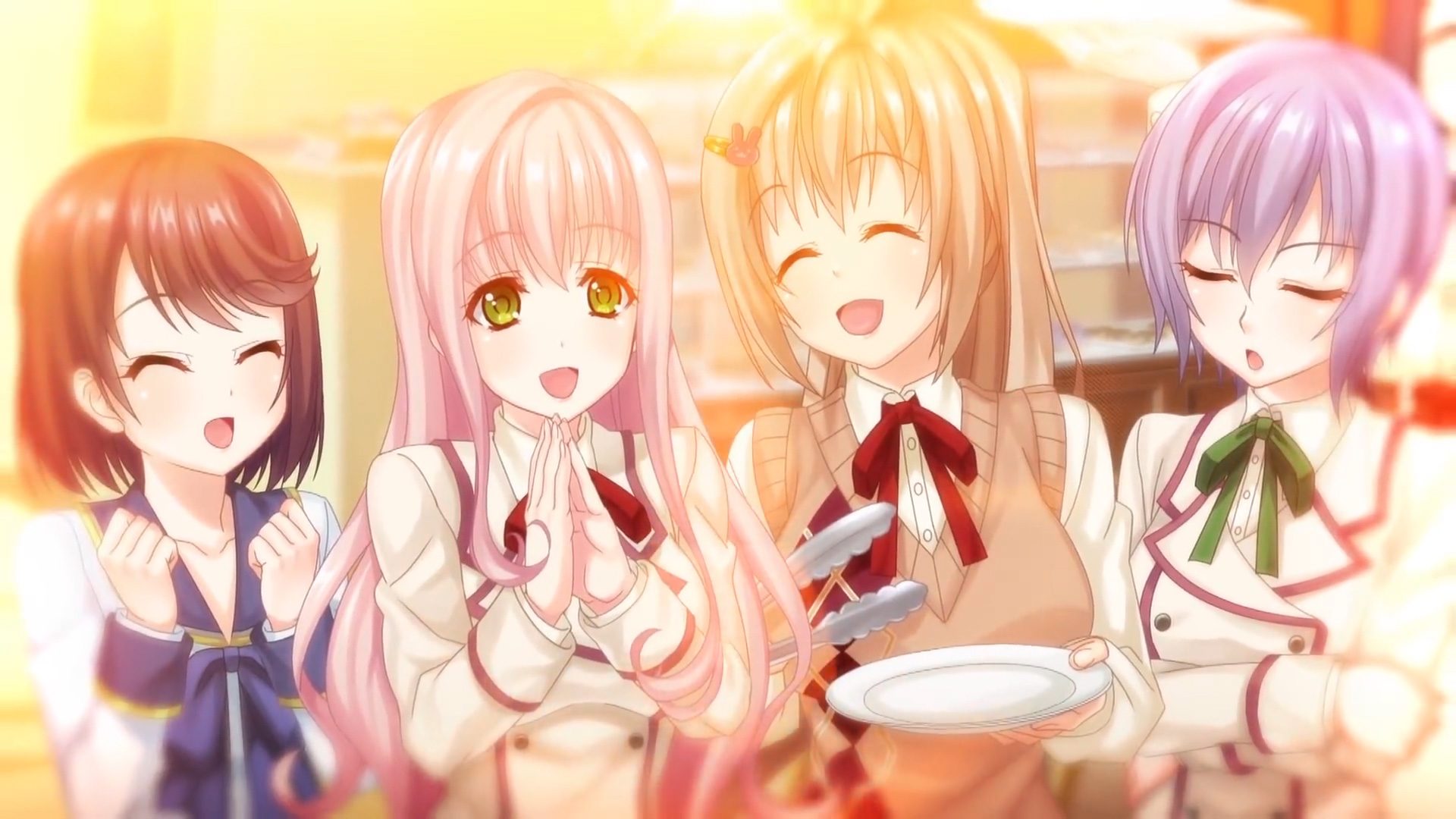 Like most visual novels, Song of Memories takes advantage of having a branching storytelling element. Predictably, the object of the game is to romance one of the female characters in the story, and hope that you'll get as good an ending as possible. You make decisions as to whom to meet up with, as well as find the right choice of words to say while having a conversation. You can be serious, make a joke with them, or say something that could be easily taken out of context. As most of the game is meant to be watched & read, there is a bountiful of information to take in about every single person you come across.

It's when the monster battles occur when things can be a little different. As you battle, you use rhythm game mechanics to hit the buttons at the right time to power up your skills. While it's no Hatsune Miku experience or something along the lines of Rock Band, I'd be lying if I said this aspect was easy. Many times I found myself pressing the buttons too early or too late, resulting in D4U being unable to get a powerful hit. Fortunately, if you find yourself terrible at these kinds of games, you can always skip out of them and take an easy victory. 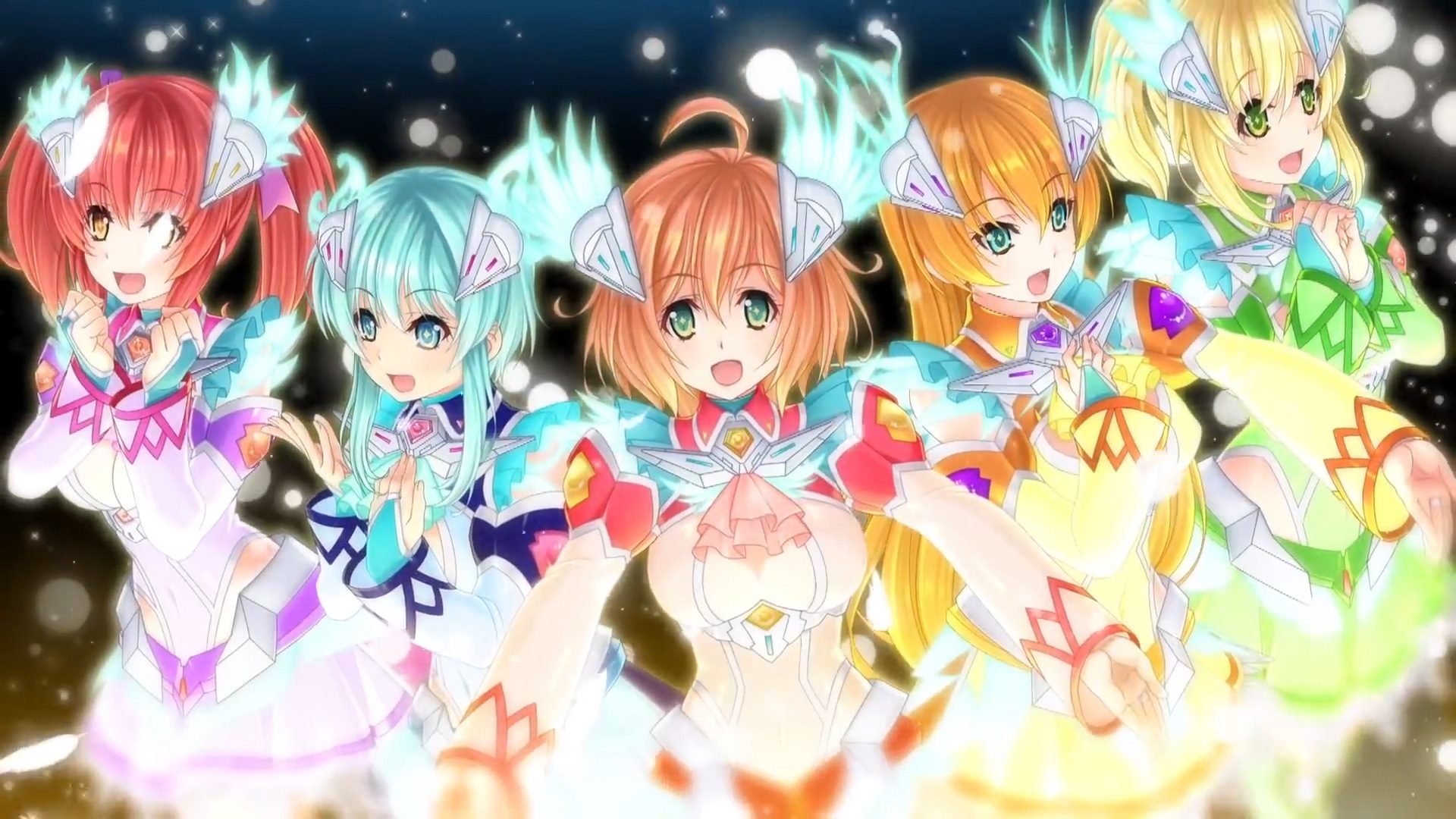 What makes Song of Memories an enjoyable visual novel is its fine cast of characters. Each girl you converse with has their own distinctive personality, from your tomboyish sister Fuuka and the energetic longtime friend Yuno to the golden-hearted tsundere Satsuki and the shy Natsume. All of them are voiced with passion and glee, with cast members including Yui Horie (Love Hina, KonoSuba), Mai Fuchigami (Assassination Classroom, Persona 5), Ayane Sakura (Non Non Biyori, Your Lie in April), and Kaede Honda (Hinamatsuri, Zombie Land Saga). The energy everyone brings is as grand as a top-tiered anime series, a good thing considering the script this game gives them.

Song of Memories starts off as your average run-of-the-mill rom-com story, even with the monsters in play. However, it's halfway through the game when things turn serious for everyone involved. Without going into too many spoilers, the tale transforms itself into one about surviving through a deadly outbreak, with relationships and mental strengths pushed to the brink of disaster. While the tone may still give a light-hearted moment or two, what occurs for you, the girl you seek, and the rest of your friends reaches levels of darkness that you don't often see pulled off in games like this. 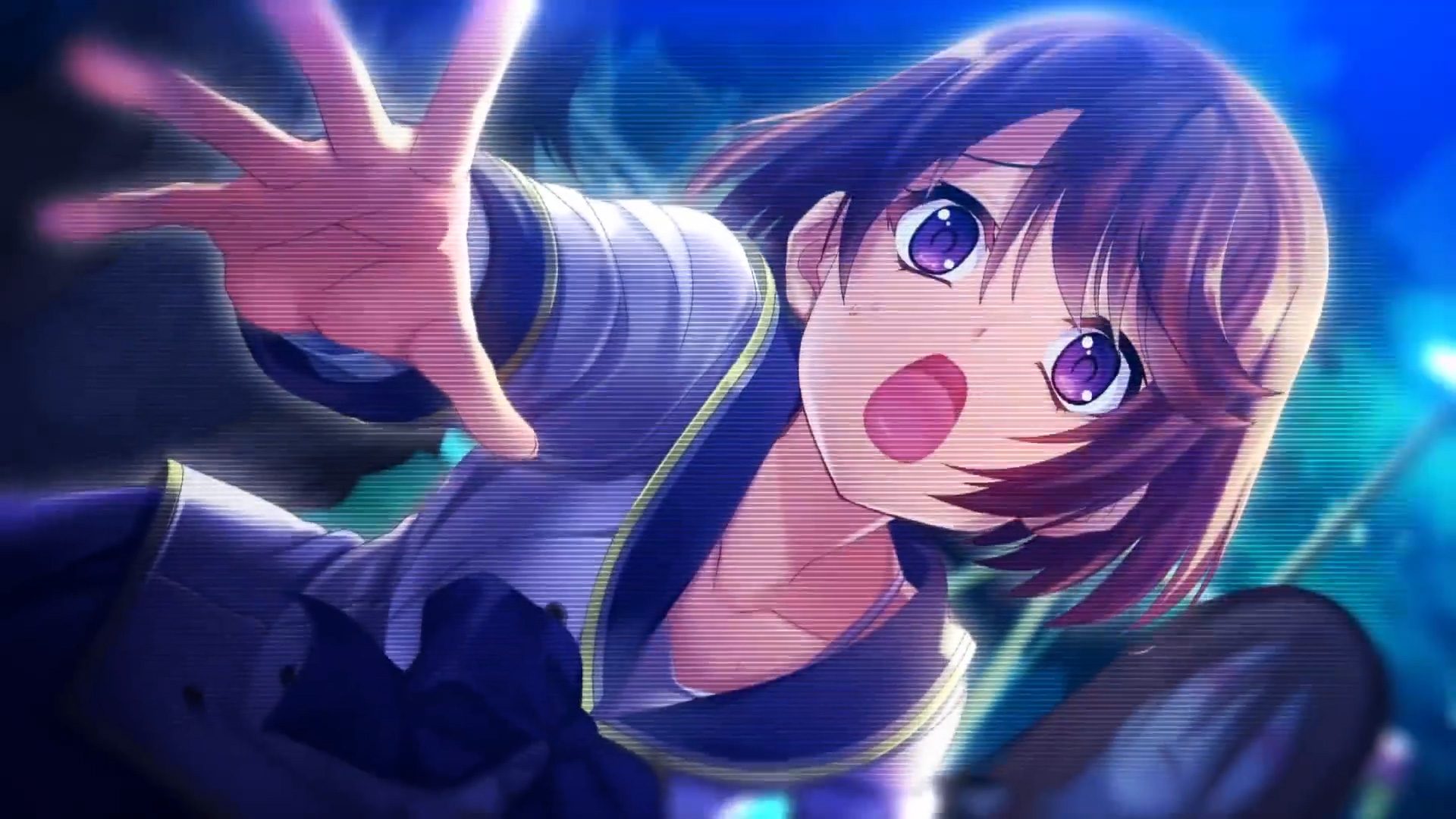 It's because of its narrative that makes this visual novel such a treat to experience. Sure, it has your usual fan-service elements with the old anime trope of magical light blocking out the naughty stuff, but it's the darker elements that will pull in just about any visual novel or anime fan to bear witness to just about every single story arc you can unlock along the way. What's even cooler is that you can jump back and forth between the different what-if scenarios, all without having to worry about losing one's progress along the way. (It's still best to save, so as to not lose your place in case you're mid-conversation with someone.)

Taking great advantage of the E-mote system, Song of Memories looks far better than most of the still image-based visual novels out there. Characters interact and move with a bubbly motion, giving way to more fluid personalities and emotions that feel more impacting than your usual visual novel gives off. It has a very Flash animation-like feel to the characters, but at the same time it's a far better-looking product than what the average game in this genre delivers. This is a style that knows how to properly drag in newcomers of this sort of gameplay/storytelling, as it's certainly more appealing to one's eyes. 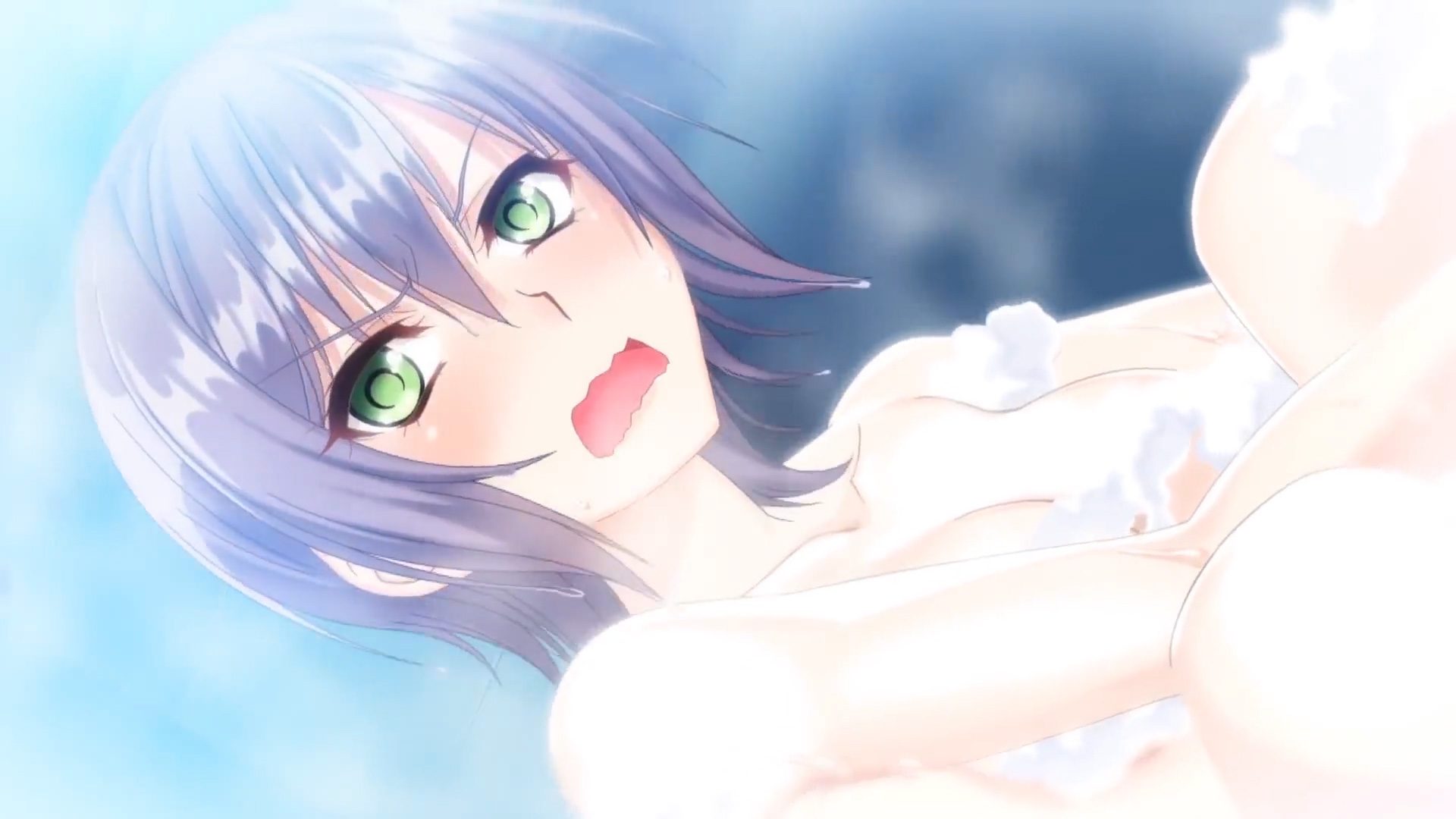 However, there are a couple of setbacks that keep this visual novel from being the absolute best. One issue is some minor predictable plotlines. While I don't wish to spoil it here, I could tell something was off with a couple of the game's characters almost immediately after being introduced to them. This led to the endgame with them to not be as surprising as the writers wished it could be, despite it still being heartfelt. While this didn't ruin my experience with the game, one technical aspect almost made it kind of a pain to play: its subtitles.

Since Song of Memories lacks an English dub, non-Japanese players will need to take advantage of reading its dialogue & monologues. Because they decided to make the font so small, I often had to reposition myself near the front of my 32" TV to read what was going on. Many times I wished there was an option in this game to make the lettering bigger, but such a thing does not exist in any of the menus. And when I was able to read it, I couldn't help but notice a good amount of spelling errors sprinkled throughout its runtime. Although it never took me away from my interest in the game's story, having to deal with these issues still made me raise an eyebrow or two. 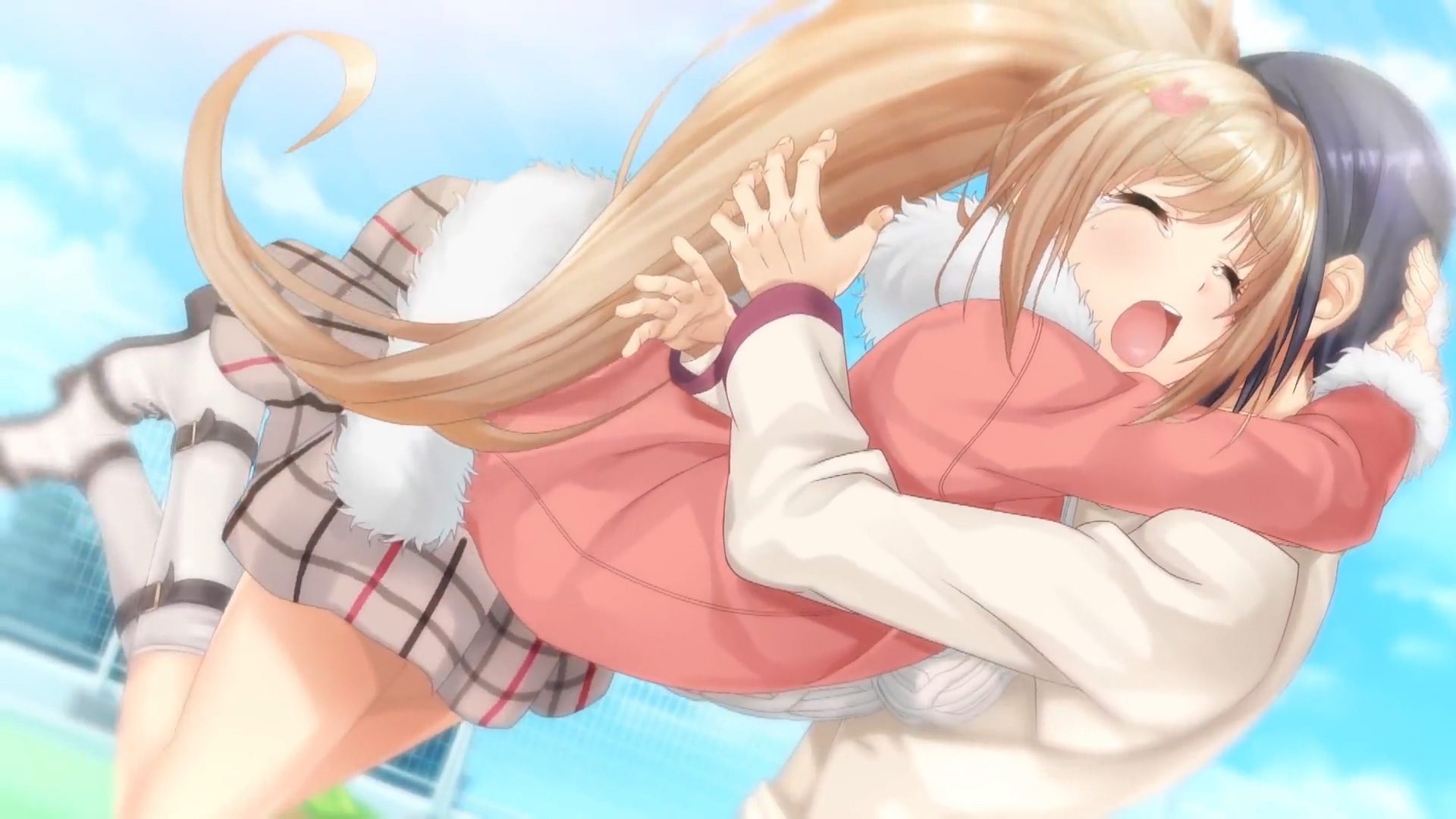 Your first run-through of Song of Memories will take you roughly ten hours to complete. Thanks to the multiple story arcs, players can redo and swoon the other girls that are present in this game, with will take you nearly 40 hours to get through. Even when you revisit past areas and the like to get to the other parts of the game, your progress will never be erased. (You can also thankfully skip all the dialogue you heard before, so as to speed up towards the stuff you haven't experienced yet.)

Surprisingly, there is a whole chunk of extras you can look through when you wish to take a breather from the story. As you play, you can unlock pictures, interactive moments, and dress & express the characters however you'd like. Possibly cut due to timing restraints, players can also experience four side stories that occur during the main storyline. While they don't add anything concrete to the original story, there's a great heaping of entertainment value to bear witness to (especially with the story involving your character tailing your little sister as she goes on her first date).

Song of Memories is a massive visual novel experience, featuring great characters and twists that make it a game worthy of checking each & every route. With its terrific voice cast and a script that takes a surprising left turn, PQUBE Games' latest tale of love and disaster is filled with as many laughs as there are tears. Just prepare yourself to have to sit a bit closer to the TV to read what the characters are saying.

Promotional consideration provided by Dominik Graner of PQUBE Games. Reviewed on the PS4.