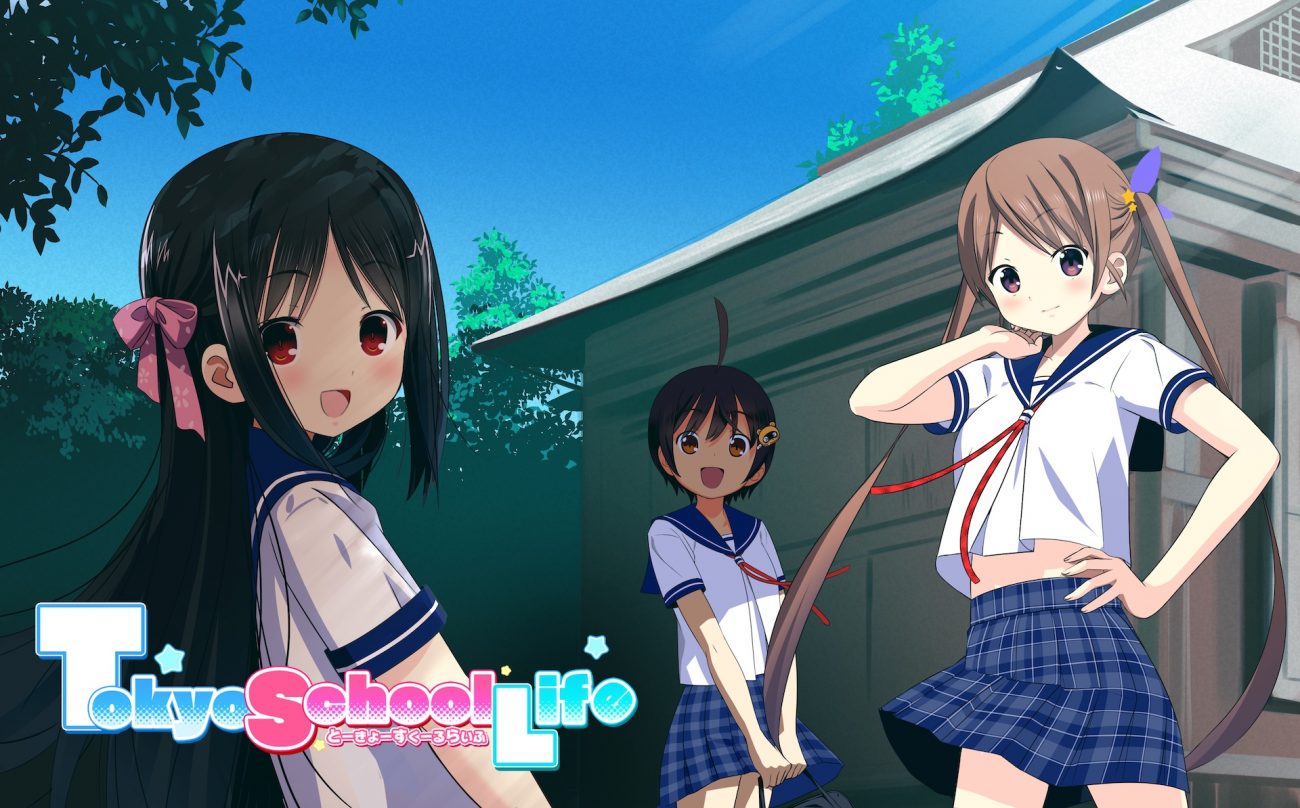 Every anime fan dreams of going to Japan, be it for fun or even educational purposes. The thought of roaming around places that inspired many of our favorite stories would make any person grin from ear-to-ear. Sadly, until there’s a cheaper way of flying there, doing such a task is a lot easier said than done. Until then, we should be grateful that there are a couple of alternatives, one of which is the latest visual novel from PQUBE Games and M2: Tokyo School Life.

In Tokyo School Life, players take control of a foreign exchange student who visits Japan for two months. There, he attends school and lives at Tomoe Dorm, sharing the space with three female students: Aoi, Karin, and Sakura. With the aid of these three newfound friends, you’ll learn about Tokyo’s various areas, as well as other parts of Japan such as Osaka and Kyoto. And, as usual, love may blossom between you and one of these three lovely ladies. 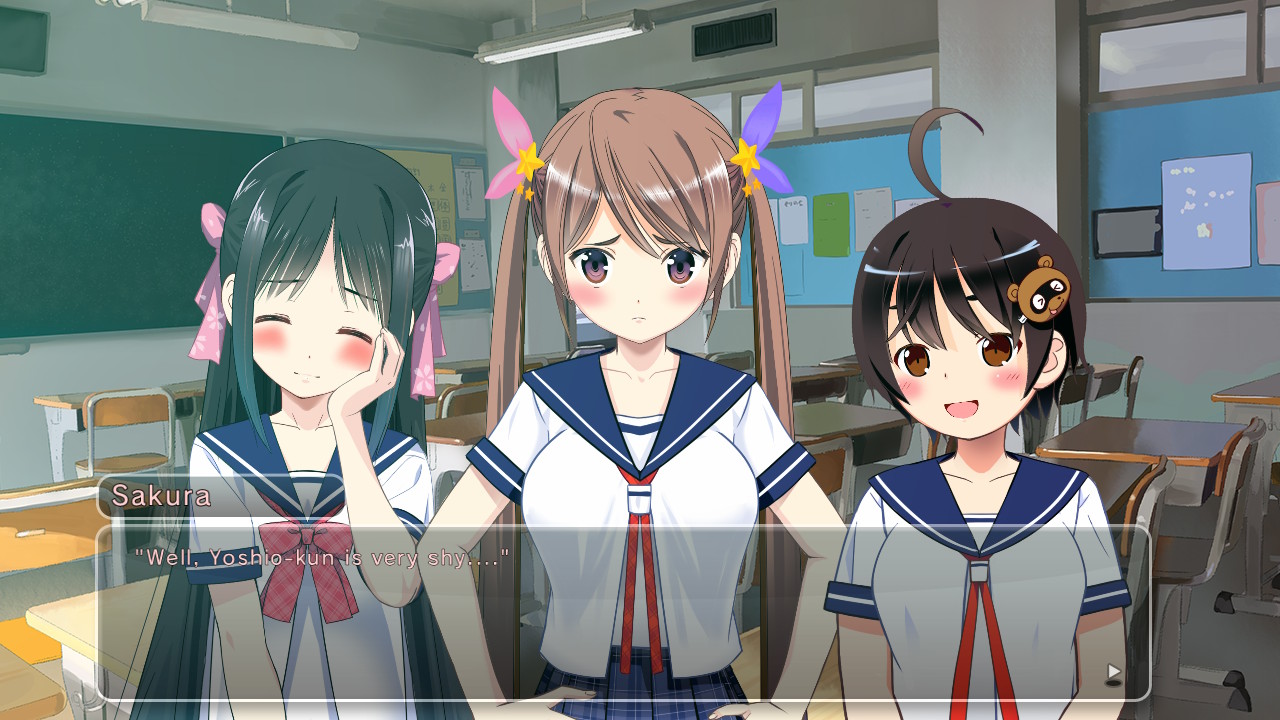 Reminiscent of Go! Go! Nippon!, this visual novel is tailor-made for those living outside of Japan. The mentality of the character you play is very much that of a Japanese fanatic, albeit one that is very disciplined and respecting of its people and culture. Through anime spectacles, players will be treated with the sites of Akihabara, Harajuku, and Shinjuku, with the three girls showing you the ropes and correcting many of the assumptions people have of these places. Surprisingly, it goes deep into some of these places’ histories, focusing more on truth than on spruced-up fantasies.

One other thing that Tokyo School Life gives you the chance to do is learn Japanese. As you read along with the story, players have the option to turn on an option to be able to see the tale in romaji, hiragana, and even kanji. Though it may not aid in something like true conversational Japanese, it definitely can serve as a beginner’s guide to learning what many people claim to be the toughest language on the planet. (And if it sticks, perhaps one may wish to look into something like Rosetta Stone to continue one’s education.) 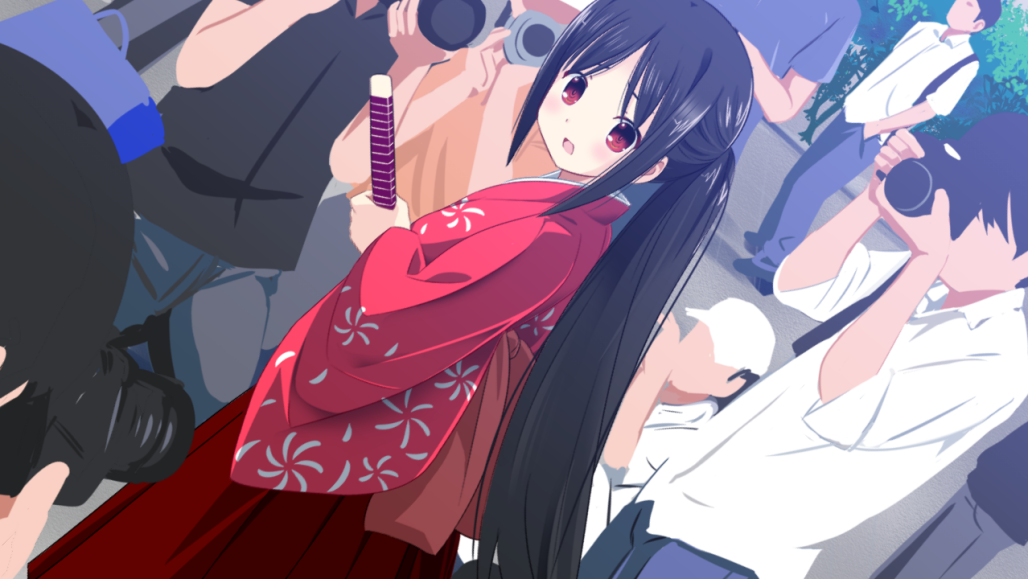 Story-wise, Tokyo School Life is fun enough to be compared to a good slice-of-life anime series. The characters of Aoi, Sakura, and Karin are fleshed out enough in ways that make them very different from one another. From Karin’s tsundere idol ways and Aoi’s tomboyish mannerisms to Sakura’s hidden otaku passions (and strange mysterious illness, as almost every visual novel needs one of these characters to have one of these), the three women who live under your roof brim with their own unique personalities.

However, it should be noted that this visual novel seems more designed for novices of this sub-genre. Despite its deep educational aspects, the story itself doesn’t branch as much as your average visual novel. Only three different paths are available, and one seemingly chooses which path you wish to take only just a couple of hours into its story. The good news is that these three paths are great for those that are fresh to visual novels; those seeking for something more lengthier may wish to look elsewhere for a bigger adventure. 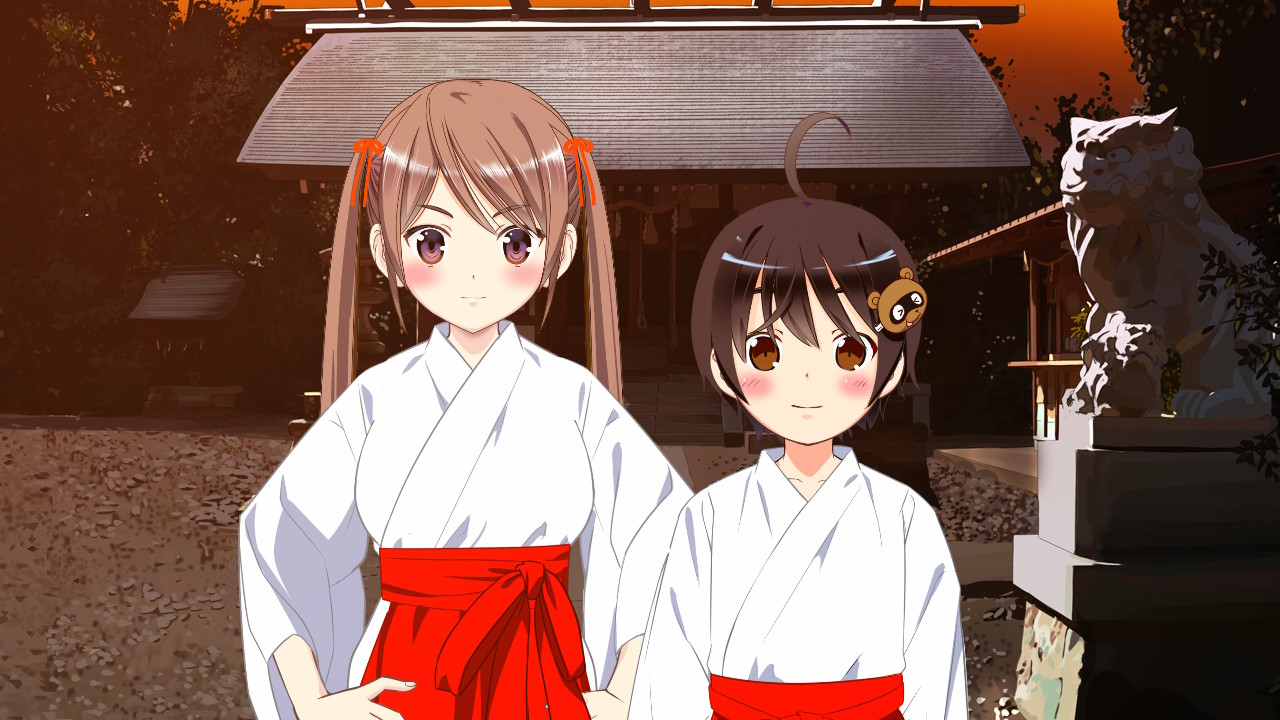 This leads me to my biggest irk with Tokyo School Life: how it ends. It chooses the weirdest place for your character’s tale in Japan to reach its final chapter, in a spot that seems more like the third quarter of an anime’s story rather than its conclusion. While you do find love with the character of your preference, it just feels rather rushed if one were to think of how one gets to that part. As such, it might cause players to raise an eyebrow or two when you start seeing the end credits roll.

Tokyo School Life is a well-written visual novel, one that slips in many cool tidbits and knowledge about Japanese culture. Thanks to its cute characters and their bubbly personalities, learning about Japan and its different realms has never been this fun. With that being said, those looking for something far deeper may wish to seek out the recently-released Song of Memories. Other than that, Tokyo School Life offers a fun romantic adventure for those itching to try a visual novel for once.

Background Noise: The Story Is… by Skinny Lister: England’s kings (and queen) of shanty folk punk return, with a tamer party vibe than their three previous releases. Though there are power pumps of melodies like "My Life, My Architecture" and "38 Minutes," the mentality of Skinny Lister’s latest album is more somber and heartfelt. From its title track and "Stop & Breathe" to "Diesel Vehicle" and "Sometimes So It Goes," the band shows that there are times when you need to put the flagon down and talk about one’s feelings rather than drink them away.