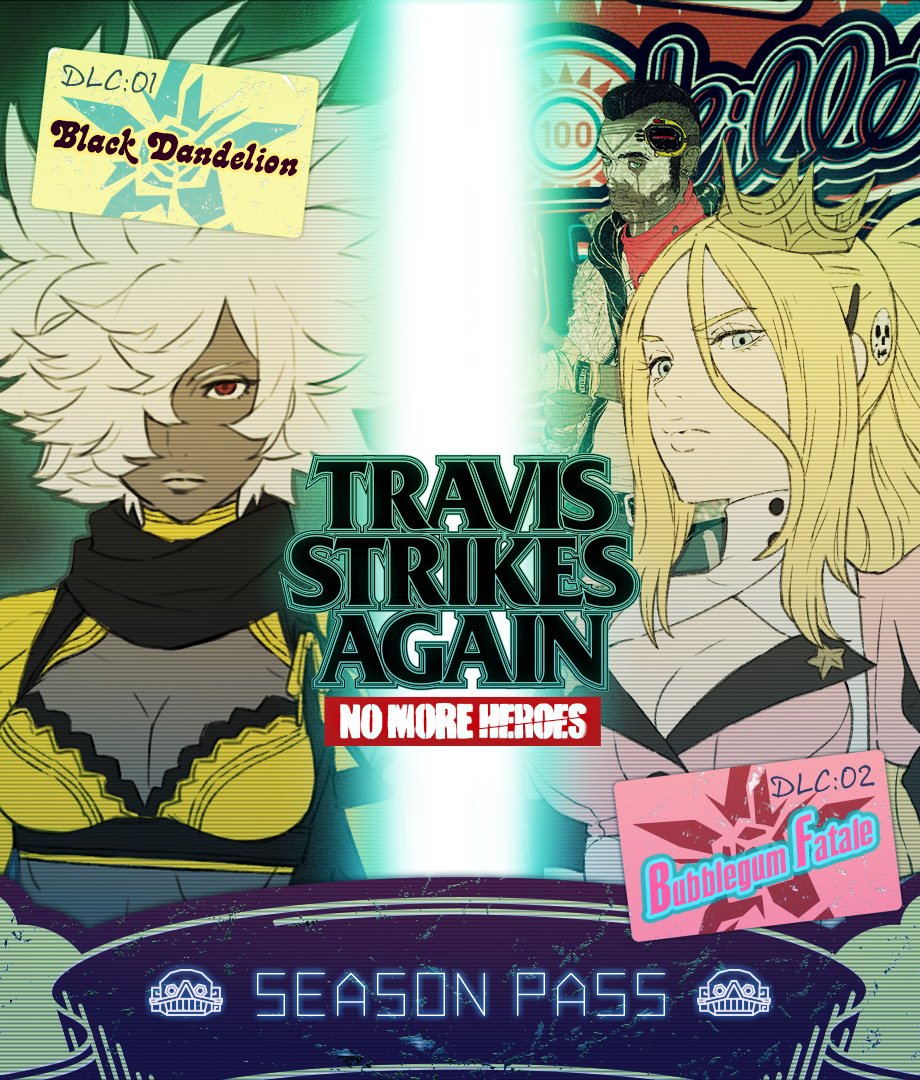 This past January, Travis Touchdown made one hell of a comeback. The latest (sub)chapter in Goichi Suda's iconic series, Travis Strikes Again: No More Heroes served as a massive chocolate-filled heart to both indie games and the entirety of Grasshopper Manufacture's history. But as it seemed, the story wasn't over there (and no, we're not talking about the post-credits scene). A true ending to what's leading towards the next adventure with our favorite anti-hero has arrived in the form of two DLC packs, aptly named "Black Dandelion" and "Bubblegum Fatale." After experiencing both, it's easy to see why it was worth the extra dough!

The first part of the Travis Strikes Again DLC is more like a tease than a completely brand-new experience. "Black Dandelion" consists of new character (and No More Heroes veteran) Shinobu Jacobs. Using Shinobu is somewhat similar to how Travis maneuvers, with sword skills in full swing. Unlike Travis, Shinobu seems to be a little bit more faster in the running department, which makes evading enemies a bit easier. With the addition of Shinobu comes a couple of more skill sets, all of which are tailored to her fighting style and personality. While she's fun to play as, I can't help but think that only true completionists will find themselves replaying the entire game as her. 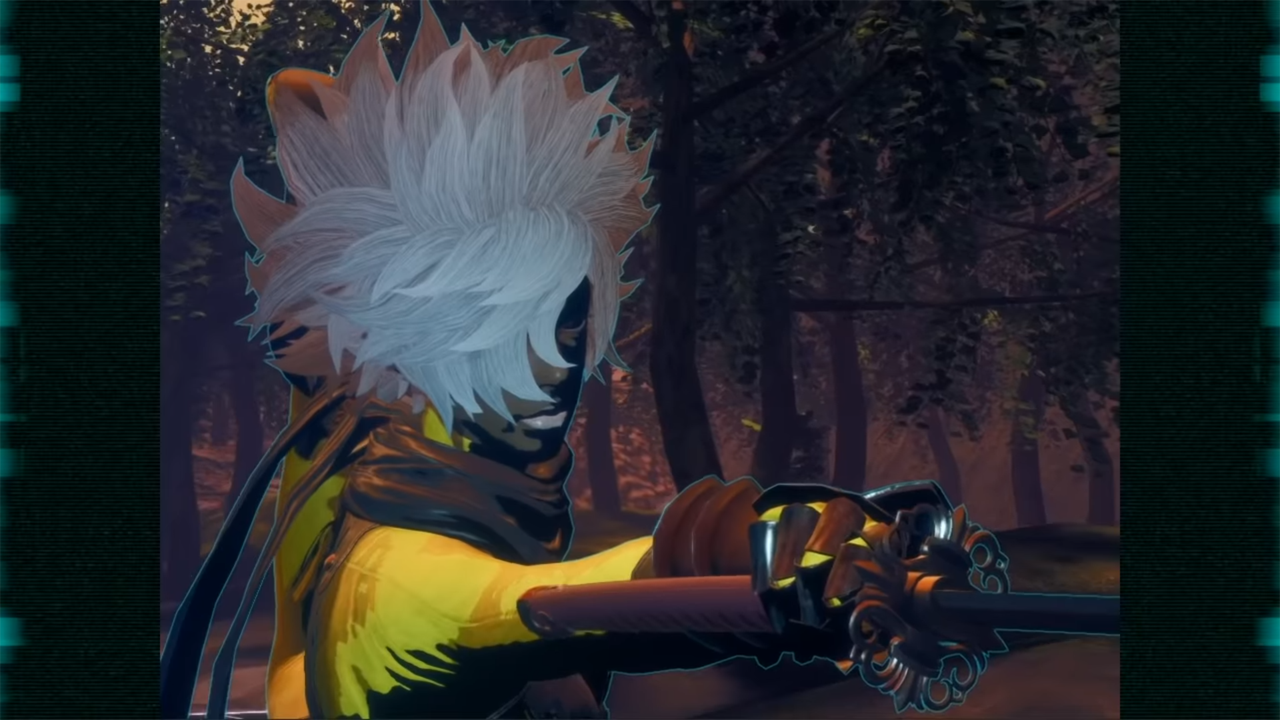 Also in "Black Dandelion" is a new back story entitled "Badman Strikes Back." Here players take part in another text-based story, this time following the events leading up to Travis Strikes Again from the perspective of Badman. What entails is a somewhat heartbreaking story of a father wanting to protect his daughter from the dark underbellies of crime. Of course, all of this leads Badman straight towards Travis Touchdown, as he witnesses our protagonist slice down his daughter on video tape. It's a moment that adds a lot of texture to Badman, giving more reason for his revenge instead of being an excuse to have a Player 2 option for co-op play-throughs.

Thankfully, it's the "Bubblegum Fatale" DLC that adds a bit more beef to Travis Strikes Again. The additional chapter in "Travis Strikes Back" not only brings closure to this game, but also hints at what's to come for a future No More Heroes title. It's also here where you find the final Death Ball, which gives way to a (somewhat) new adventure to be had: "Killer Marathon". Unlike in the main game, where it's a blank canvas leading towards an old-school shooter, this one's legit! 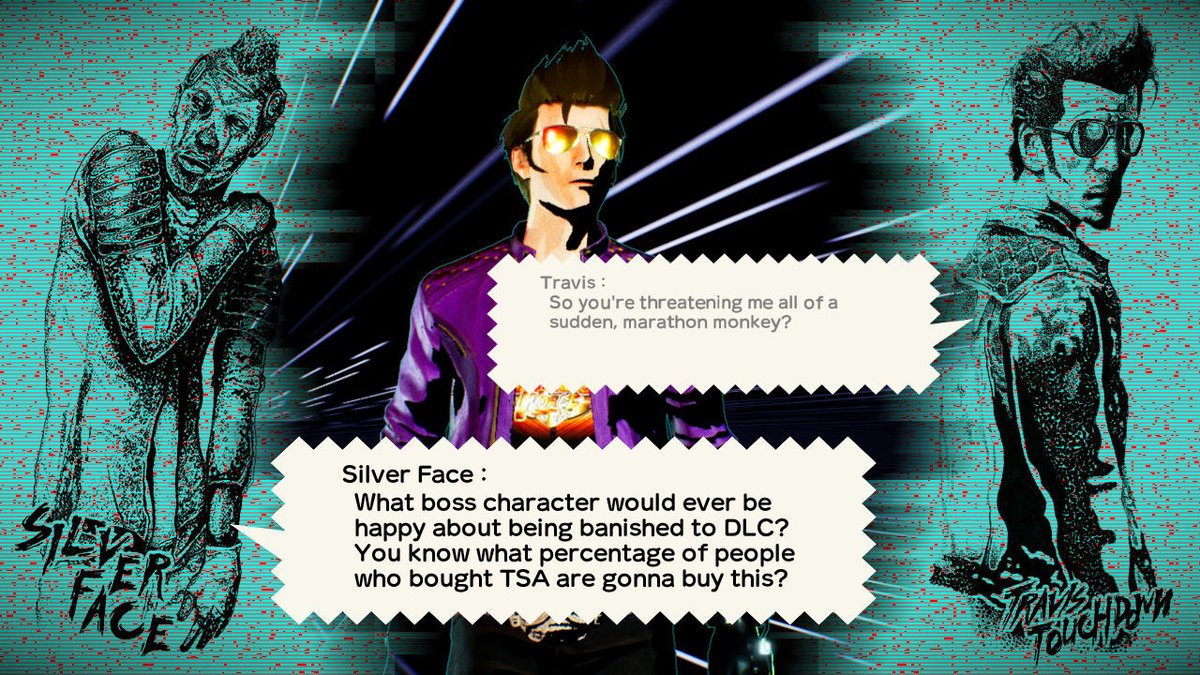 "Killer Marathon" pits Travis through a massive pinball-inspired setting, where he has to reach specific areas before the timer hits zero. As one can guess, these levels are filled with many a Bugstreet Boy, adding more to the challenge of getting to each checkpoint in the proper amount of time. Despite it being one singular level, it's the longest out of all the other games that are for the Death Drive Mk-II, with my time clocking in at nearly two hours to complete it. It's also the hardest of the games, with you having to restart each section if you don't get back in time. (Apparently, its checkpoint system is somewhat BS.)

What makes "Killer Marathon" a joy to experience is its overall presentation. There are a lot of nods to anime/manga legend Leiji Matsumoto, from its animated opening to some winks & smirks towards such classics as Galaxy Express 999 and Captain Harlock. Its script is also very entertaining, with the boss Silver Face lamenting over the fact that he's just a DLC character and that there's a chance most players won't even see him, much less face him. (Considering how long it took me to get back into the swing of Travis Strikes Again, I can't say I blame him.) Once you beat "Killer Marathon," players will then get to play as Bad Girl for the entire game, who has the speed of Shinobu and the skills of her daddy.

It took a couple of months before its DLC could be truly experienced as a whole, but what Travis Strikes Again offers are a solid new experience and some sweet additional playable characters. Although the wait may still be long to see what happens next to Travis Touchdown, one can bet that what is hinted in these additional storylines and the like will no doubt get No More Heroes fans excited. For a mere $9.99, the DLC for Travis Strikes Again delivers a high-octaned energy drink-level of boost to an already great game.