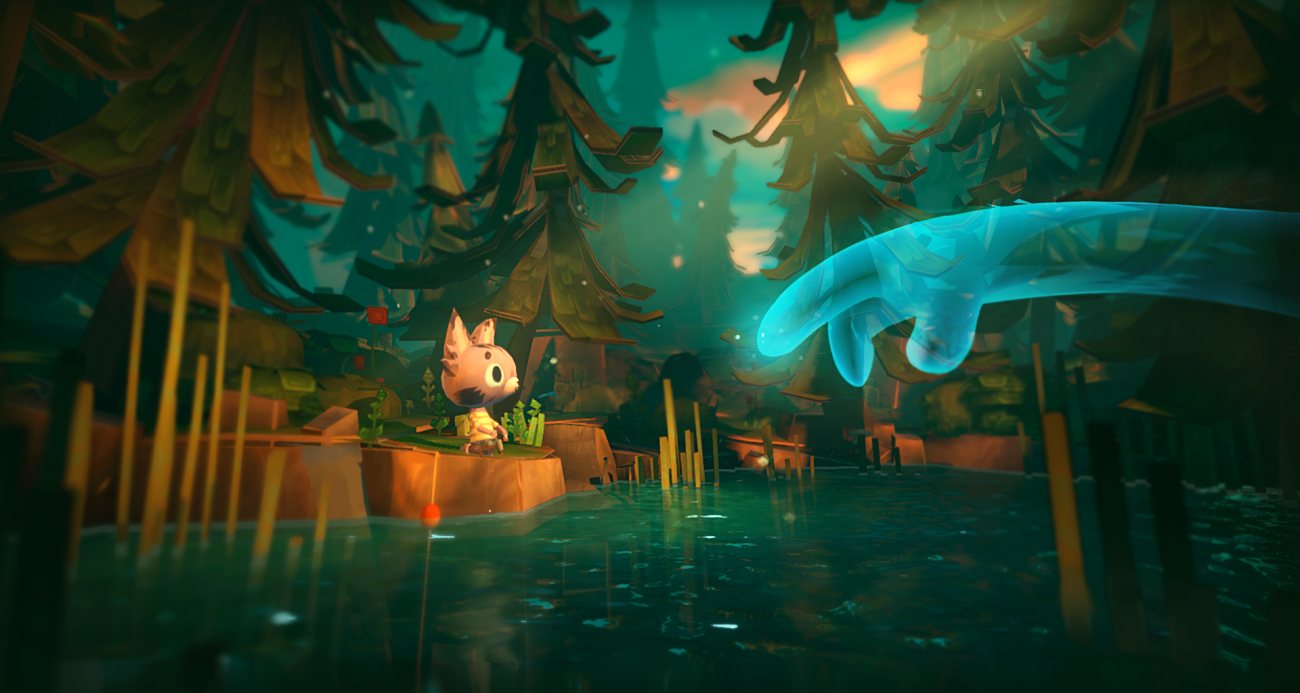 Ghost Giant, a PlayStation VR game from the folks at Zoink Games that has recently come to retail, is a charming VR puzzle game. As the player, you take the form of a giant ghost who helps a little boy named Louis tackle some difficult tasks. I want to get into the story a little deeper, but to prevent spoilers, I will talk about it later in the review, offering a warning beforehand. First, let’s dive into the charming aesthetic and gameplay mechanics this VR title has to offer.

The town of Sancourt, the French-inspired setting of Ghost Giant, is beautifully-rendered as a series of scenes filled with dollhouse-like dioramas filled with the anthropomorphic animal citizens of the world. The graphics are fairly simplistic, but the scenes are colorful, charming and varied. The story brings you to many locations from a harbor, to a grave/junk yard and even a busy town square. Ghost Giant does a fantastic job of making these places feel populated by real characters throughout the story by having each area full of people with meaningful relationships to Louis and each other. 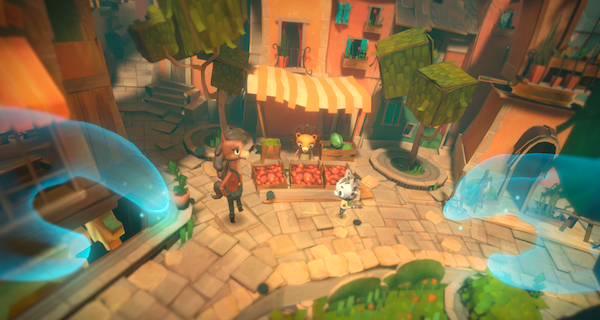 Louis has things to accomplish and needs the help of his giant ghost friend to both help and support him through it. Items that can be manipulated almost always have some kind of bronze implement attached to them, which makes it easy to spot what you should be looking for in the environment. Move controllers are required for the game, so you’ll be poking or grabbing all of the items in an effort to help Louis. Grabbing and poking works very well throughout Ghost Giant and the scale makes it feel like you’re manipulating little doll houses. Twisting around buildings, slamming buttons and pulling levers around Sancourt is fun and rewarding throughout the game.

A couple of puzzles throughout the story require throwing objects and this did not feel very natural. I found myself needing to make a lot of adjustments when throwing, but most of the targets were achievable without too much frustration. One of the collectibles involved throwing a basketball into a hoop and that was a different story. A few of the hoops seemed almost impossibly high or far away, based on how the throwing mechanic functions and caused a lot of frustration trying to achieve that sweet swish. 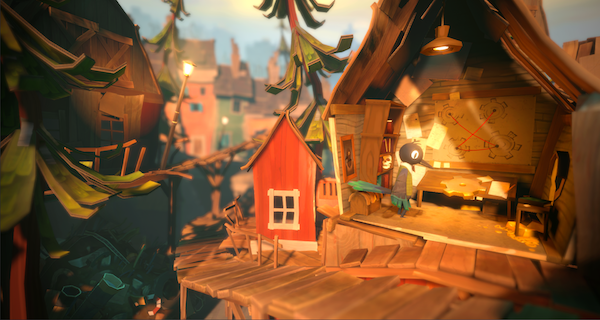 This is where I’d like to get into spoiler territory, so if you don’t want to hear details the game saves for later, this is where to check out.

Still here? Okay, Ghost Giant is a story about depression and the effect that it can have on the people in your life. Depression is a nasty affliction that can debilitate anyone and leave them and those around them feeling helpless. Ghost Giant does a fantastic job of showing the effects that depression can have on our loved ones, especially children who might not fully understand what is happening. From Louis’ perspective, his mother is just going through a rut and he can bring her out of it with a bit of music and pie. This is a brilliant example of how people, especially children, can misinterpret depression in their loved ones and feel personal responsibility for solving it.

Louis spends the majority of the game trying to keep his mother’s farm afloat and then making an attempt to cheer his mother up. He is clearly scared and embarrassed by his mother’s condition and does everything he can solve all of these problems on his own. It is not until the townsfolk of Sancourt begin to notice that something is amiss, that they intervene and provide the help that Louis’ mother needs. This deals with one of the major issues with depression in the misconception that people are just “sad” when they are depressed. Speaking as a person that has experienced it before from both sides, the issue is much deeper than that and people need support and often professional care to bring themselves out of it. 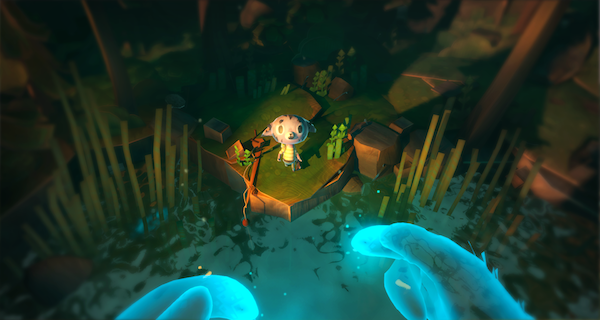 In short, Ghost Giant deals with some heavy topics and does a great job with relating them to the real world.

Ghost Giant creates a vibrant world filled with fun characters and some decent, if a bit simple, puzzle solving. The story, while dealing with some heavy themes, pulls these off in a realistic and very emotionally captivating manner. Aside from a few control-based hiccups present in most of the similar PlayStation Move-controlled PSVR games, I would happily recommend this game. Ghost Giant is available now at retailers like Amazon, GameStop and Best Buy for $29.99. Check it out and give our little buddy Louis a high-five and a fist bump today!