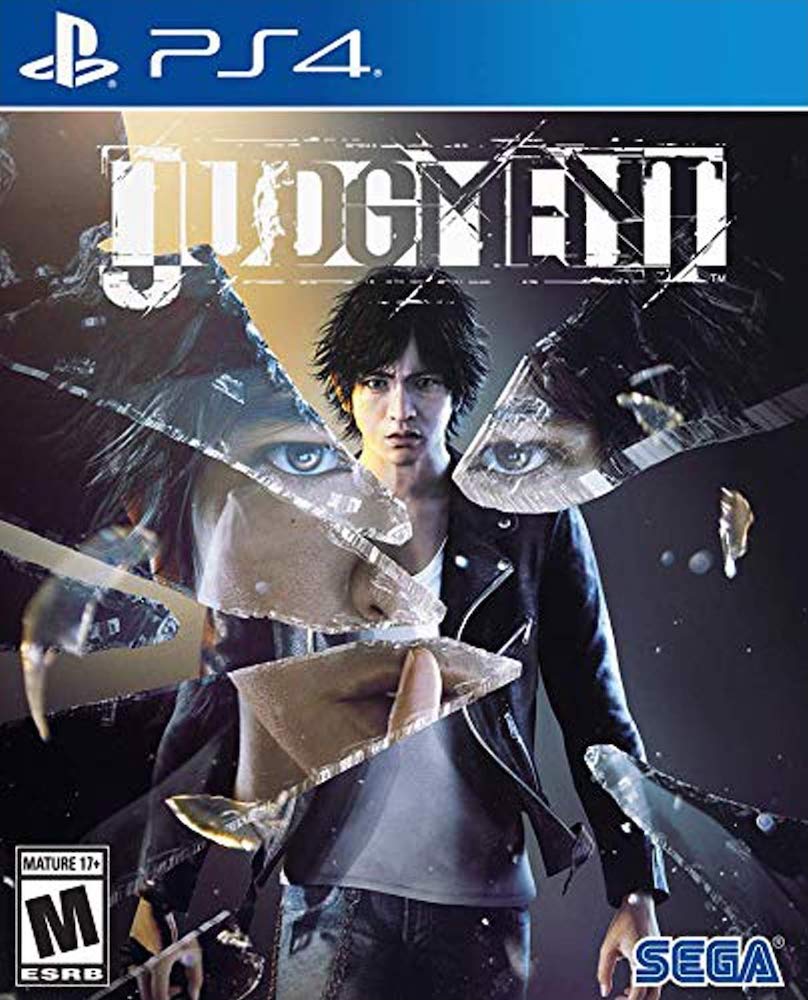 GAME REVIEW | All Eyes On Kamurocho In Powerful "Judgment"

Ryu Ga Gotoku Studio knows how to deliver an amazing story with fun, often wacky fighting mechanics. For nearly 15 years, their Yakuza franchise has given us memorable characters, heartbreaking tales, and some of the most incredibly bonkers fights anyone could ever ask for. Now that Kazuma Kiryu’s story has finally finished, where else can Ryu Ga Gotoku Studio go with the seedy world of Kamurocho? For that answer, the team has decided to look at the world of the law in Judgment.

Still placing a focus on the world of yakuza, Judgment follows Takayuki Yagami, a former lawyer that’s now a private detective. Three years ago, a client of his commits a murder, just days after being acquitted for exactly the same thing. A string of murders hits Kamurocho, with all of the victims having their eyes removed. With the aid of former yakuza member Kaito, Takayuki seeks to find the mysterious Mole, whose involvement is tied not just to the Japanese mafia, but also possibly the government. 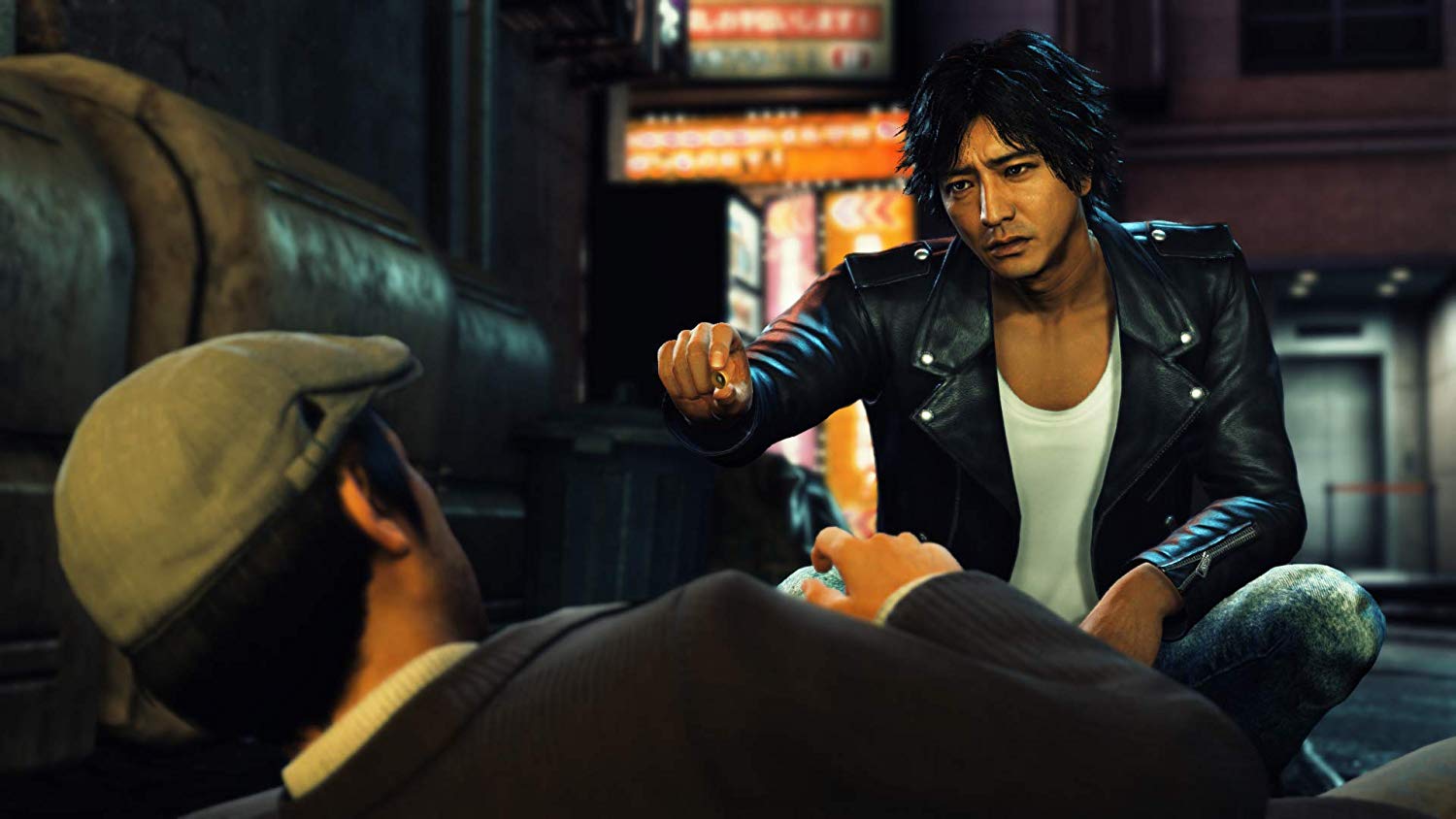 Throughout the game, players use Takayuki to seek out clues and investigate various crimes tied to the Mole case. Switching between first and third-person views, you check every nook and cranny of a crime scene, seeking blood, weapons, and even the occasional clue as to who may be involved. It can be daunting at times, especially when clues just don’t bounce out right at you, but the feeling of discovering the next hint is wonderful enough to be worth the work. And when the pieces start to come together, that “A-ha!” moment of solving a case always arrives with great enthusiasm.

Judgment doesn’t just let you snoop around for clues; it makes you work hard to get the better parts of information. Players will have to tail suspects in stealth missions, as well as use drones to find secrets in high places. Picking locks is also key, which — thankfully — doesn’t go too deep into realism here like other games. Of course, when you get too deep into a case, you’ll have to use your fists instead of your brain to get out of tougher situations. 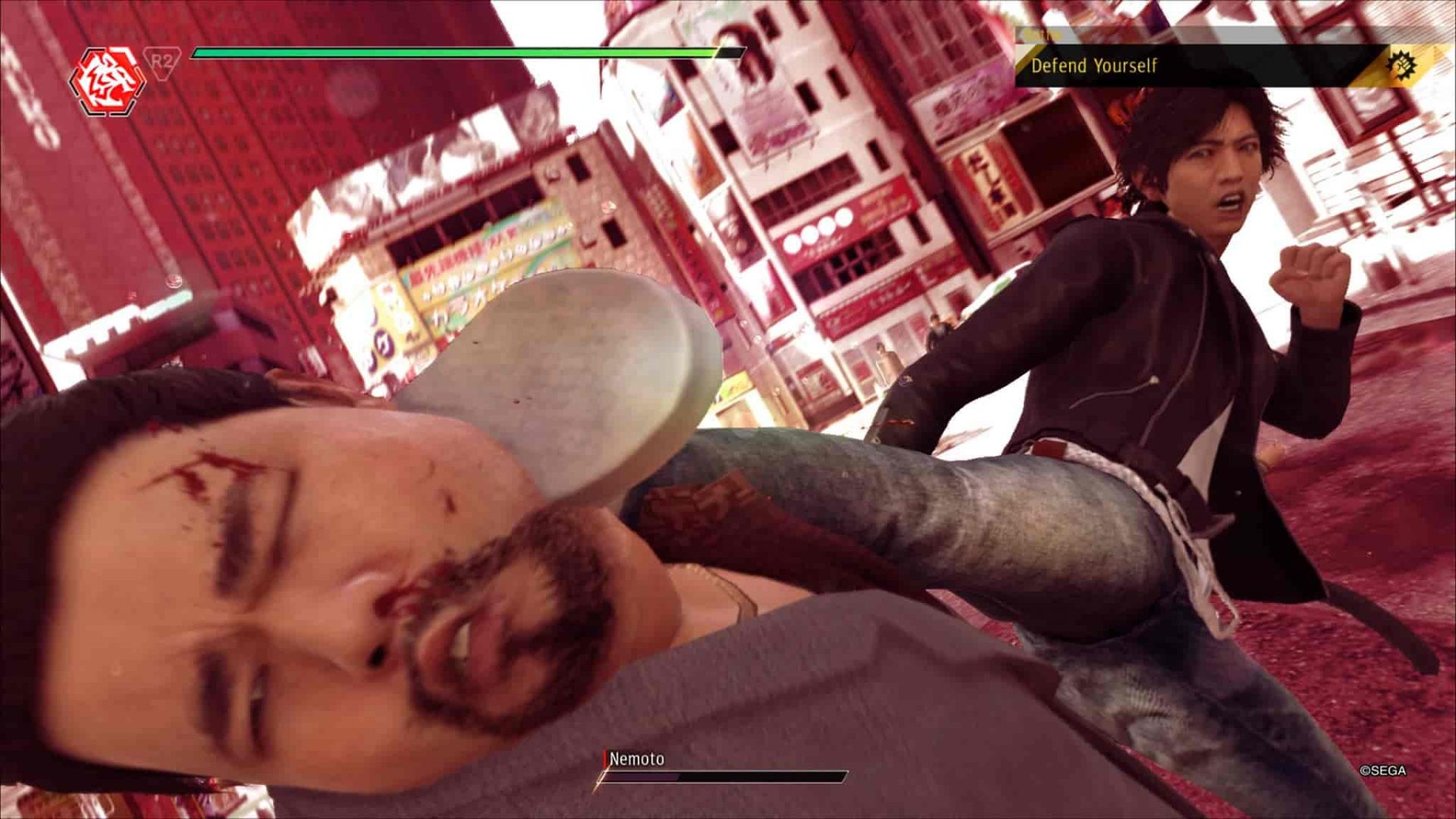 Like the past Yakuza games, there’s also a great focus on hand-to-hand combat. Taking on a gang of yakuza or street thugs results in some beautiful beat downs, be it via using your fists or from new techniques you can learn when you earn enough points. Of course, the real joy comes from picking up nearby objects to use as weapons, ranging from street signs and cinderblocks to even enormous benches! (My personal favorite is still the bicycle, the perfect weapon to take out five nuisances at once when aimed right.)

One of the strongest aspects of Judgment is its writing. With a script by Toshihiro Nagoshi and Tsuyoshi Furuta, the main story that’s presented is on-par with some of very best Law & Order episodes ever made. Practically longer than a usual one season series, what’s showcased in the story of Takayuki in his quest to find the Mole is filled with raw emotion, unexpected twists, and some deep character development. All of this is captured beautifully thanks to the voice acting work, especially of its star Takuya Kimura, who delivers a performance that is on-par with Kazuma Kiryu’s voice actor Takaya Kuroda. 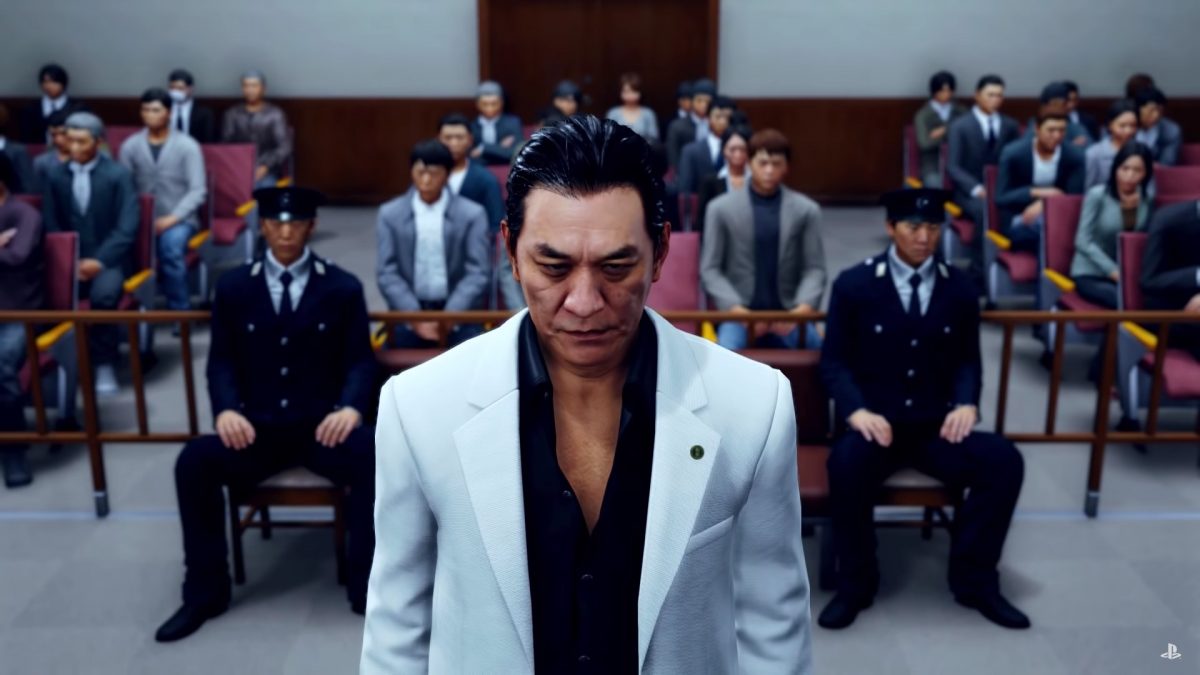 As this is a Ryu Ga Gotoku Studio video game, one would be expected to be watching more than playing Judgment. Surprisingly, that’s not the case here. More often did I have my hands on the controller rather than at my side, as interactivity plays a much bigger role here than in the Yakuza games. There are more fights, more clues, more of just about everything that made the main series great. It does a great job with keeping players on their toes, especially when things get rather hairy later on in the game.

Graphically, Judgment looks beautiful for the most part. Walking around Kamurocho makes you almost feel like you’re roaming the real Japan itself, be it the busy streets or the lively arcades & restaurants. Character models are heavy in detail, too, but there were a few times where the pixels in one’s hair was overshadowing some of the background elements. However, the realism that’s presented in the characters’ faces is stunning, be it the bags under one’s eyes or even the tiniest scar on a yakuza member’s cheek. 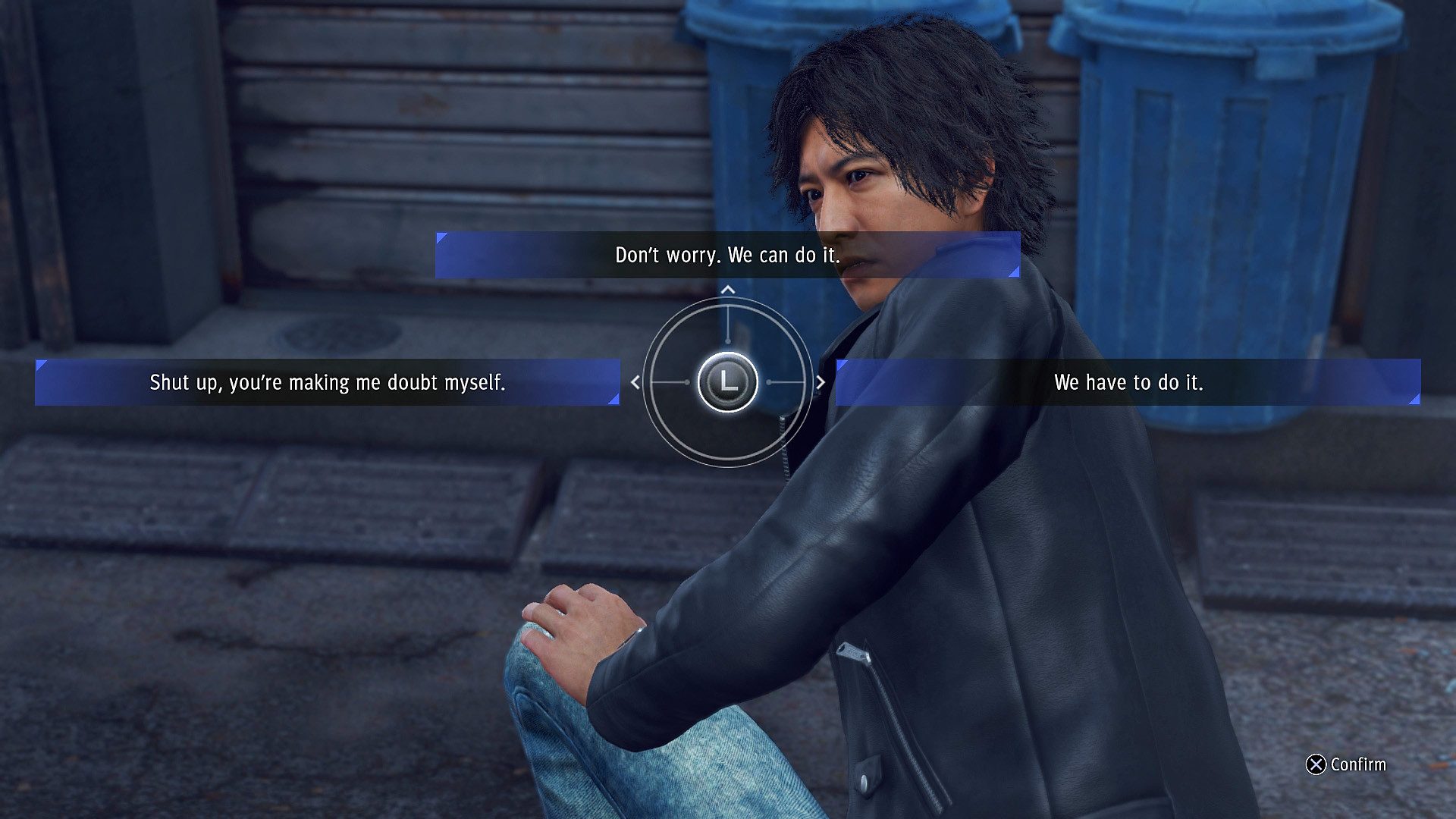 There are also plenty of side-quests to go on. Takayuki can take on various cases that may involve infidelity, stolen items, and even the occasional panty thief. Throughout the town, you can also aid fellow citizens in a range of tasks. From the intense search of a hidden bomb to the hilarious chase for an actor’s wig, they’re all presented with vibrant personality and the like. Even better is how one can develop friendships with all the characters, whom can lend you a hand from time-to-time when in combat. If you’re lucky, you can even up your dating game by winning the heart of a girl you’ve previously helped out in a past quest.

As for mini-games, there’s plenty to go around. You can play some darts or embark in some drone racing, as well as dive into some gambling with poker, blackjack, and mahjong. In the SEGA Arcades around Kamurocho, you can also experience the full versions of Space Harrier, Fantasy Zone, Fighting Vipers, Motor Raid, Virtua Fighter 5: Final Showdown, and Puyo Puyo. (This alone is worth the price tag of Judgment!) 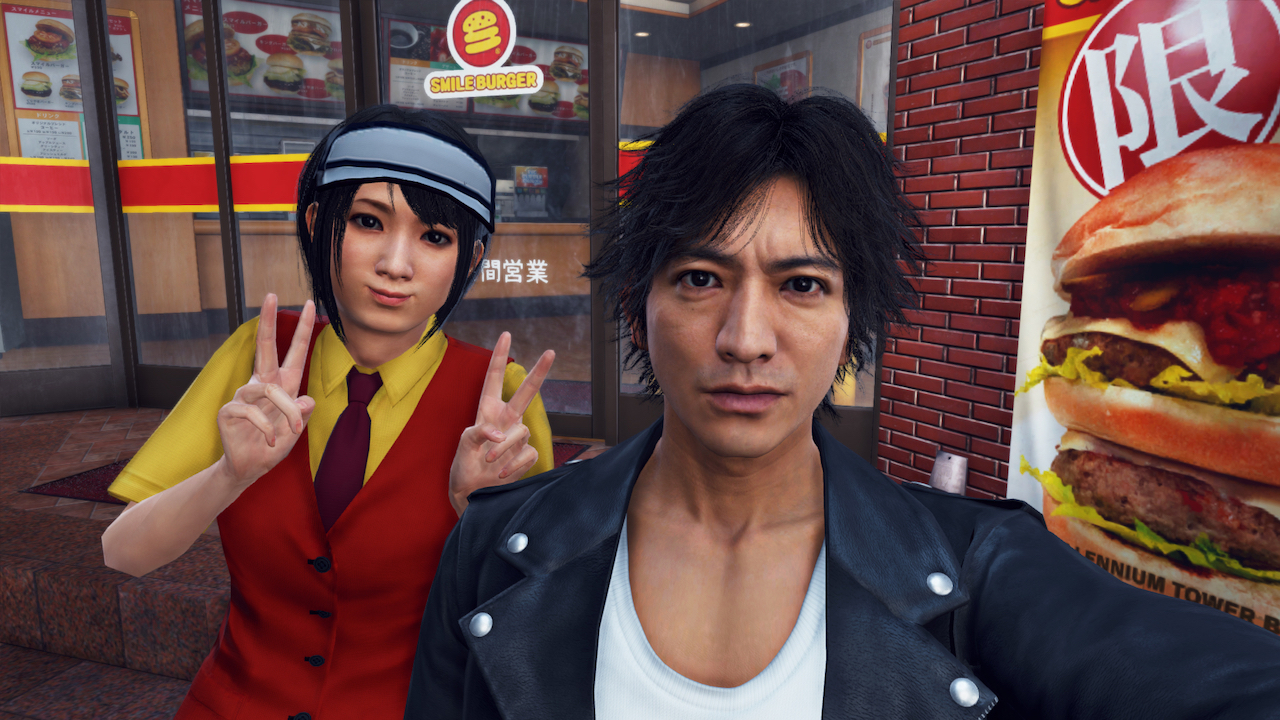 The main storyline in Judgment alone will take you roughly 30 hours to complete. After the main case has been solved, players can head back to finish up side quests and other cases that have yet to be solved. With a world as vast of Kamurocho, there’s plenty to discover even after the end credits roll!

Judgment gives me hope that we’ll see more stories within the world of Kamurocho in the future. Despite there still being a focus on the world of the yakuza, it’s great to finally see another side of the Kabukicho-based area while keeping the right things familiar to past Yakuza fans. Ryu Ga Gotoku Studio has proven that even with Kazuma Kiryu seemingly retired, there’s plenty more tales to be told within this world. If Judgment is the first step towards a new franchise, then I cannot wait to see what’s in store next!

Promotional consideration provided by Jonathon Stebal of SEGA of America