Offshoots and spinoffs have been quite common among games as of late.  Dante’s Inferno had a video release, there was a novelization of World of Warcraft’s main baddie in the form of Arthas: Rise of the Lich King, but none have been nearly as impressive in terms of sheer volume as the Dead Space franchise.  With the second game not gracing us with its presence until early next year, there are still plenty of ways to get hyped up about the upcoming horror game.  The real question is, is it too much? 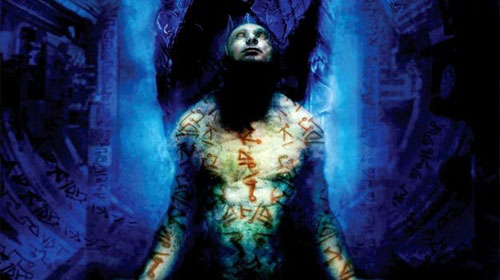 With the original Dead Space game, there was quite a bit of extra stuff leading up to the game as well.  It had not only a very interesting comic book series, which one could view in motion-comic form, but also a feature-length animated feature.  The comic was fantastic and was a great way to get me excited about the upcoming game.  The movie, which actually ended up launching a little bit of time after the game, was still fun to experience, but was admittedly not so good a movie.  It did a decent job of setting the scene for the actual game, however I could not recommend any higher purchase price than a cheap rental.

Dead Space 2 looks to trump the first with the amount of extra content that will be available.  Again, there will be a comic, entitled Dead Space Salvage, that sets us up for the sequel.  The straight to video feature will be making a return in the form of Dead Space Aftermath.  New media on the block this time around is going to be both a downloadable game and a novel.  The downloadable game, Dead Space Ignition, is going to in the motion-comic style, featuring mainly puzzle-based gameplay.  It definitely looks interesting enough to check out and will evidently get you a cool new suit for game hero Isaac Clarke in the new game.  Dead Space Martyr, the novel that is available now, looks to delve a bit more into Unitology, the fake religion in the series.

When looking at all this stuff, the question remains as how much is too much.  The thing I love about all of this media, from my experiences with all the Dead Space stuff, is that most of it stands well enough on its own.  Sure, seeing everything is going to give you a much more broad picture of the universe and for those of us who really enjoy it, it’s awesome to get to see more.  What’s important is that you can pick and choose what you want to see specifically.  None of the extra pieces are vital to understanding to game itself so, if you’re into that, then seeing it gives you that extra boost, but if you’re not then it won’t take anything away from your experience with the game itself.

Personally, I’m going to pick up the Dead Space Martyr novel at my next convenience and I will report back on what I think of that.  I the meantime, just remember that just because it has the name of something you want to play on it, doesn’t necessarily mean it’s vital for you to experience it.  Now I just need to find my official Dead Space mug and necromorph plushie and I’ll be good to go!

There's Always A Good Time To...