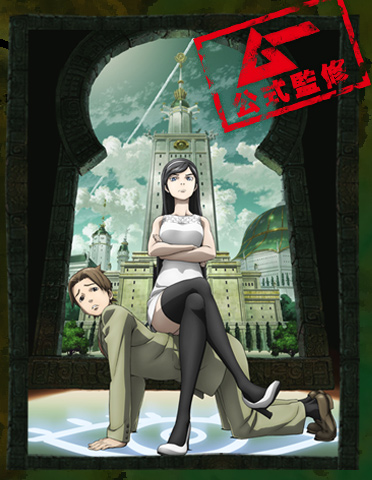 The anime world is finally showing its big guns this year, thanks in part to the new supernatural series Occult Academy. Somewhere in this country Sam Raimi and Bruce Campbell are smiling...

The year is 1999, and the principal of Occult Academy has mysteriously died. Maya, the principal's daughter, arrives at the funeral, which for some reason is being held at the school. During the service a tape of the father's somewhat last will and testament is played, where he decides to recite a spell to bring forth a friendly ghost (whose name may or not be Casper). Unfortunately he reads the wrong spell, and the dead principal's corpse rises and wreaks havoc during the funeral. Maya, who shows her hatred towards all things supernatural, beats the crap out of her father's body (involving a nice decapitation) and things settle down at the school...until a strange naked guy falls from the sky in front of our protagonist's eyes.

Occult Academy is to horror the same way Evil Dead or Ghostbusters is, where the frights bring forth more laughs than screams. Adding an anti-occult person like Maya also has it pros, and it gives our protagonist that sort of Ash-like charm to what she does. She wants to destroy the school more than save it, and if the demons have their way her wish could easily be granted; but, alas, she can't help but try to be the hero and rescue the other students. The other students also try their hand at beating the demons, which -- in one scenario -- lead to one student beating the living shit out of his possessed friend. (Trust me: you'll laugh the hardest during this sequence.) The animation is fantastic, and the scenes involving the demons is stand-out, with the blood, slime and other goo pouring out with grotesque greatness. 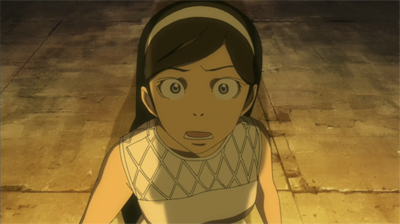 The first episode is available to watch now on Crunchyroll, and for those that are a fan of Sam Raimi's older works I would highly recommend watching Occult Academy, like, now!