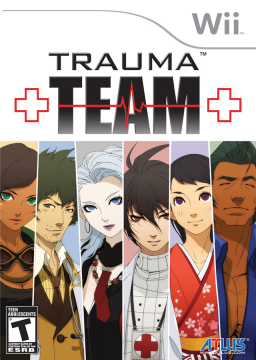 The Trauma Center series for DS and Wii has always brought a unique experience in the video gaming world, what with its surgery gameplay and storytelling. Some have complained, however, that the series has become too predictable in regards to its style. Fortunately the folks at Atlus have created a new way of taking on this world thanks to the new Wii game Trauma Team.

Players take on the role of six characters in the game: the mysterious prisoner CR-SO1 (surgeon), the Hugh Laurie-inspired Gabriel Cunningham (the diagnostician), the superhero-in-disguise Hank Freebird (orthopedic surgeon), the "Corpse Whisperer" Naomi Kimishima (forensics examiner), the fiery-spirited Maria Torres (EMT) and the honorable Tomoe Tachibana (endoscopy surgeon). These six characters' plotlines interline with one another's, helping to arc one big story over six people in similar fields. While telling the story players have to take on tasks such as ridding bodies of tumors and hemorrhages, mending broken bones, guessing patients' illnesses and discovering whodunit in a murder case.

Gameplay consists of various types of stages, ranging from stitching up wounds and adding plates to broken bones to sucking up blood clots and discovering hidden clues from crime scenes. Depending on which character you play you'll be taking on many surgical and CSI tasks. The ones I was having most fun with, however, were the Cunningham levels; and not just because he had a House-like quality to his attitude, but it felt like I was actually learning something about these symptoms, diseases and cancers. The surgery-based levels were great, too, and it gave you something of a real look at how surgery is done.

Graphics in this game are the same as in the past Wii Trauma Center games, and while there seems to be no visual improvement that doesn't mean the game is bad in anyway. The cut-scenes, however, could've been fully animated and not storybook-pictured. Its animesque look could hopefully build itself up to a full-fledged TV series depending on the popularity of this video game in Japan, thanks in part to a lovable cast of characters (especially Hank Freebird, whose superhero alter-ego Captain Eagle brings in some good laughs to a game that knows when to bring an appropriate chuckle out). 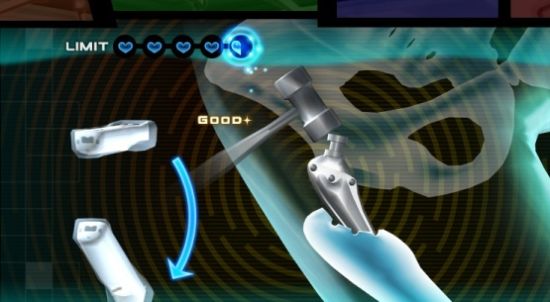 While the graphics aren't up to par with the more recent Wii games the way you control Trauma Team adds a whole realm of realism to the game's world. The controls are quite precise, so much are they that the slight of hand could cost you a few points if you're not carefully maneuvering your Wiimote. I would say that having a Wii Motion Plus option would've been nice, but had it been implemented in the actual game I think I would've wound up killing more patients than saving them. That said there are still some areas where an accidental flinch would cause more damage to the patient than good, so timing and careful precision is everything in this game. (I've found it most difficult to maneuver around the endoscopy-based levels, as I've hit the inner walls of the body a couple times to give my patients critical conditions. I must remember to show patience with my patients.)

As of this review I am about six hours into Trauma Team, and from what I have left it seems like I have another good sixteen hours to complete the game. Each level may take from as little as three minutes to as long as two hours to complete (the Corpse Whisperer stories might even take you a day to figure out wholly). And with a wide variety of different ways to sew, cut, bolt, pin and discover within the game you'll leave Trauma Team feeling like you've experienced six different good video games instead of just the one. 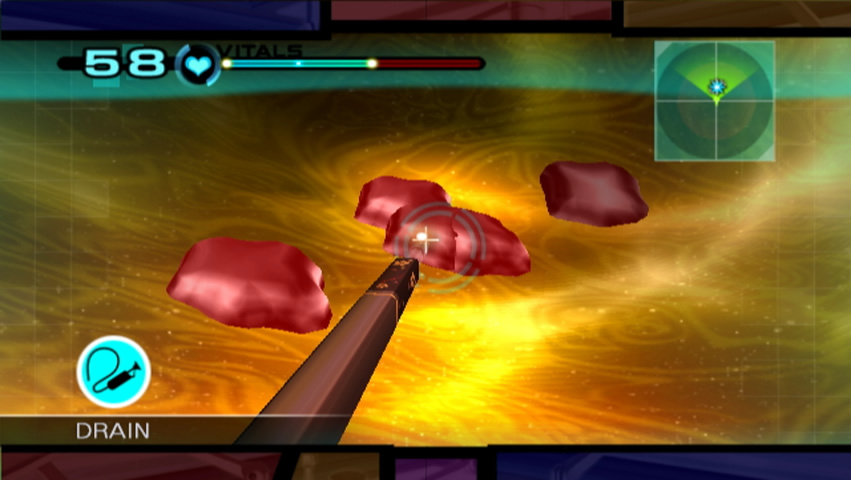 Trauma Team is perhaps one of the best video games to come out on the Wii this year. While it doesn't look as pretty as most of the other recent games out there the gameplay and excellent stories make up for it in a huge way. On top of that there's a sort of realism to it that makes Trauma Team the sort of video game that medical schools should take into consideration when teaching their doctors-to-be. Just don't expect to be a top surgeon if you S-Class the entire game. You really should bone up on the medical field before you put someone's life in your hands.

A Place to Kongregate