The only thing better than killing zombies, is killing more freakin’ zombies.

I don’t think killing zombies will ever get old. The setting and the year don’t matter, if zombies are involved I will at least give it a second look. It’s the ultimate gamer fantasy, we almost hope that a zombie attack will break out so we can show the world just how prepared we really are. Dead Rising 2 captures this fantasy perfectly and presents it in a manner that is both enjoyable and repeatable. 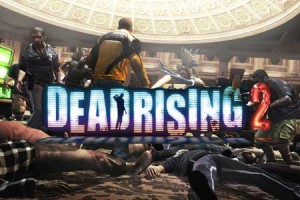 I will never forget the first day I saw Romero’s “Night of the Living Dead”. Zombies were imprinted in my brain from that day forward, and I will never love killing any type of zombie as much as I love to kill a Romero zombie. The living dead, in my opinion, should be slow, shambling, and hungry for human flesh. These new age fast, powerful, mutated “zombies” of games like Resident Evil 4/5 and movies like 28 Days/Weeks Later provide a great thrill, but the real Z factor is in the brains-craving undead monsters that move as slow as a sloth on vacation; the type of zombie that kills with numbers rather than speed or power.

Now that I have my zombie rant out of the way, I want to talk about Dead Rising 2. It is a game that lays out my ideal zombie outbreak situation onto a canvas, a canvas that I then cover with blood. At first glance the map seems small and repetitive. However, if you spend some time exploring the game world, it may be small compared to some other sandboxie games out right now, but it is rich. It represents malls and casinos perfectly in the limited space it provides while throwing the challenge of hoardes and hoardes of zombies.

And again, while the map seems small there are multiple levels with many hidden hallways, shortcuts, and hidden items. There was so much to explore in this game that I was actually tempted to ignore all of the side missions, thus failing them, just so I could explore. Granted I also wanted the best ending, so I took it upon myself to complete whatever mission I came upon, failing only about two missions, and even doing that I missed at least 25% of the survivors in the game. The depth hidden behind the novelty of this game is surprising to say the least.

The atmosphere is not as bright as one would expect a Las Vegas-ish setting to be. Granted there are plenty of lights in the casinos, but outside them there just aren’t enough neon signs and bright, bright lights that you would see in the real Vegas. Granted, this is a fictional setting in a Nevada like area, but I still think it should be brighter and more vibrant color-wise. Other than that, the atmosphere is great. The music fits the situation and there are always hundreds upon hundreds of zombies in each area. So for me, the zombies are done right, but what about everything else?

The story is fairly standard, a shadowy figure causes a zombie outbreak, and it is your responsibility to clean up the mess. You play Chuck Greene, whose daughter is infected with the virus and needs the vaccine Zombrex to stay human. You are framed early on as the one who causes the outbreak and you must spend the game both proving your innocence, and preventing your daughter from turning. Chuck makes for a decent protagonist, a former motocross star that now makes a living as a contestant on Terror is Reality, a game show where the contestants kill zombies in various ways for money and the entertainment of the masses. He has a few cheesy one liners, and is fairly noble, trying to save as many people as he can while keeping his daughter at the top of his list of priorities.

The survivors are split into two different categories: absolutely effing retarded, and those that just want to survive. I mean, I don’t know about you, but if I was in a zombie apocalypse and didn’t know where was safe, I would not be practicing my comedy routine with my partner in a sex shop. But hey, I guess some people just lose it when shit goes down, and that’s fine. At least they didn’t start killing people off because they went absolutely bat-shit insane. Oh wait, some of them did.

Bosses in this game are called “psychopaths”. Now, I was never able to extensively play the first Dead Rising, as I do not own an Xbox and refuse to buy the downgraded Wii version. I have played certain segments, thanks to a friend, and when I saw “psychopaths” as part of the trophies, I immediately thought of the cultists from the first game. I thought that was what I’d be facing, until I earned a trophy for killing X amount of psychopaths without seeing a single hooded cloak. As it turns out, a psychopath in this game is anyone who has lost their mind due to the zombie outbreak.

Each boss battle gives a great, unique feel. All of them lost their minds in a different way and all of them act, attack, and speak differently (dialogue is important in a zombie setting, at least to me). I only wish that each boss had a unique strategy to beat them. Unfortunately, each battle must be fought the exact same way: run around in circles, wait for the boss to attack, get in one to two swings with whatever weapon you have equipped, and continue circle running maneuvers. Granted, I have played games where bosses shared both attack patterns and defeat strategies, so this is not the worst boss system I have ever come across, but it is also far from the best.

Getting back to the survivors that don’t completely lose it, their A.I. is surprisingly good at avoiding zombies. If you can manage to run past a crowd of the walking undead, chance are whatever survivor you are guiding back to the safehouse will be able to do the same. There are even magazines that increase survivor usefulness in battle. Give a group of survivors some guns and tell them where to stand and they will power through a boss’ health while you keep the boss busy in melee combat. I was amazed that survivors could actually be an asset rather than a hindrance after being jaded by years of game after game where A.I. partners are just terrible at life in general. So survivors are well done, but these games are all about just how many ways you can lay the undead back to rest.

The sheer number of ways you can lay waste to zombies in this game is worth at least a rental. Everything you see is a weapon, and there is no way to be disappointed by how many zombies you can kill with a potted plant. Weapon combos are an amazing game mechanic that keeps the constant killing fresh, even after that 5,000th kill. I mean come on, a double sided chainsaw that you can use to wade through a sea of zombies as blood and limbs fly into the screen? It just does not get much better. The combo weapons seem to fall in to one of three categories: crowd control, single shot, and miscellaneous. Some are good at taking out a large number of the brainless flesh-eaters, others are more suited to killing bosses with their short-range, high-power attacks. Then there are weapons like the drill bucket.

The drill bucket consists, visually, of three drills and one metal bucket. This weapon is placed on the head of a single zombie and then the drills activate and the brain of said zombie is completely obliterated. While an awesome way to kill something, and one the best uses of a bucket I have ever witnessed, it is not particularly effective during a zombie outbreak. But again, it is the number of ways things can die that give this game its true novelty. Even bosses die in completely unique and sometimes gruesome ways, but the game manages to present them in ways where the carnage is almost imagined, without showing the actual gruesome gore – something that should be praised.

The instant gratification of killing zombies in various ways and gaining experience is great. This game rewards in the same way a T.V. spoof of GTA does. Bat to the face of a zombie, 50 ponts! Oh man, you just drove that bat into a zombie’s brain, 150 points! Did you just drop kick that zombie in the face!? 50 points! And of course, as you kill more zombies and are awarded PP, you level up and earn new moves, gain more combo cards, and power up both offensively and defensively. And each move is more over the top than the last. Elbow drop? Really? You are really elbow dropping downed zombies? Are you that confident in your survival skills that you can jump into the air, risking injury to just, all of you, and then land on a zombie, get up, and go about the rest of your day? Well kudos to you sir.

By the way, between Josh in Resident Evil 5, all the characters in Uncharted 2, and Chuck in this game, I have now deemed the dropkick a necessity in all games. The double dropkick is the ultimate insult to anyone on the receiving end, and I want to be able to put both my feet in all of my enemies’ faces, while my friend simultaneously does the exact same thing. I can’t imagine anything hurting more than four feet square in your mouth.

I have not tried the co-op yet, but as I understand it, it is story mode with a buddy. I can’t wait until I try it, because it could be the perfect way to spice up the constant death of zombies that the game throws at you. Granted, the co-op is online only, and I’d love to be able to sit in the same room with my co-op partner and muse about our zombie killing adventure, but I also think that split screen would limit the players in a big way. There are just so many zombies on screen at all times that it is tough as it is to keep track of them all, split screen would be a large hindrance.

The competitive multiplayer is fun as well, reminding me of Smash T.V. from days long past. A television show where the purpose is to earn money by killing shit. In this case, it happens to be zombies and there are 9 mini-games where you have no other purpose than to kill zombies and be better than your opponents at it. It’s a lot of fun and it earns in-game money for your story mode, which is always a bonus.

For me, everything about this game is a buy. Zombie killing galore and replayability that just keeps on giving, with multiple endings. Granted, there is no free mode, but you can technically ignore all missions, even the main story missions, and you will have 72 in game hours (about 6 real hours) of gameplay that is just pure zombie killing action, but be prepared to get the worst ending possible. For the average gamer that is not necessarily a fan of zombies, I would recommend a rental first. But for the zombie aficionado like myself, this game is an instant buy. I could spend every weekend playing this game finding new ways to go to war against the shambling undead. The choice is yours, but I recommend it fully. You’ve got red on you.