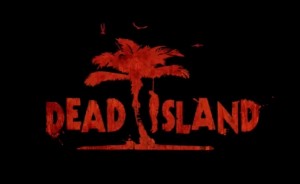 Dead Island...Got Questions?- So do I.

When Deep Silver's fresh new trailer for Dead Island hit the internet my instant reaction was a blatant I-must-own. The reception of the trailer was initially negative. Some felt that seeing a young girl being flung from a window by her father to her death was distasteful. I don't know about you guys but...am I the only one who saw that she bit him?! The trailer raised a lot of questions like: What kind of game are we looking at? What will make this game different from very other zombie survival game out there to date? So I set out to find some answers or at least a few good leads.

Dead Island was going to make an appearance at Pax East 2011 however it eluded me again. I wasn't going to let it slip through my fingers at E32011.

The first question I had was about the experience we were going to get from Dead Island. The type of experience most zombie enthusiasts are looking for, is a plethora of zombies, an endless selection of weapons, and a clear means to the end. These four individuals may not necessarily interact with each other on this vacation getaway gone horribly wrong, but all have to find the means to find out what is really going on and obviously stay alive long enough to check out.

The intriguing tidbit that got my ears to perk up was a flare of RPG elements in this type of game. There are four character types- each with a particular skill set. There is an ability to craft weapons to help you carve your way through zombies,and even skill trees to help customize your characters abilities. This game also feature 4 player co-op, which will not impact on the overall mood of the dead island universe.

Overal,l it sounds like this game has all my favorite pieces of my other go to zombie games: Resident Evil 5's sun kissed atmosphere, Dead Rising's customization of weapons, and Left for Dead's co-operative abilities. I am more than curious to see these blend together to create a more enriched zombie survival genre. This might be the zombie title that surprises you.