Long lines are an inevitable reality at an event like E3.  With some of the most exciting and innovative hardware and software to be seen there were several at the show this year.  One of the longest I waited in was for the Playstation Vita where, ironically in my opinion, several people were playing with their 3DS while they waited.  The promise of the Vita, much like it’s predecessor, is the ability to have what feels like a current generation console as a handheld.  It also promises innovation and some great new games.  From what they’ve shown so far, do these seem like promises they can keep? 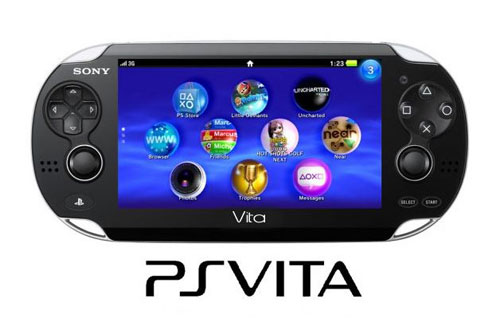 The first thought that went through my mind when I laid my hands on the device was that it was much lighter than I had anticipated.  About as thick as the original PSP, it feels like it would be easy to carry around and hold as you play.  The second thing that occurred to me was that the graphics did in fact feel like I was holding a portable PS3.  Holding it in your hands feels natural and the buttons do a great job of making the it feel like you have everything that a PS3 controller has and more.

One thing that was done quite well at the booth, once you got up to the front, was that they handed everyone a headset and sent them to five different stations, each with a representative.  There was a game at each station and you got to spend about four minutes at each one.  The headset was so that, amidst the chaos, you could still chat with the representative while playing the game. 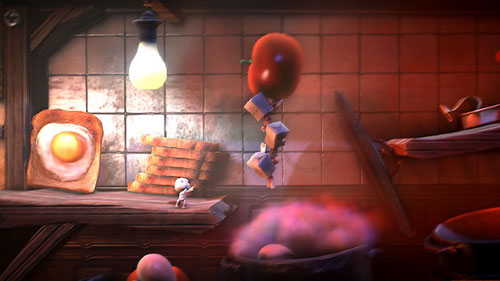 The first station I visited had LittleBigPlanet running.  Of all of the games I saw during my Vita tour, this one had the best combination of new and old exciting features.  Upon first glance, the game looks and feels a great deal like the LittleBigPlanet games on the PS3.  When going a little deeper, they’ve implemented some fun new mechanics.  Much like the Playstation Move function in LittleBigPlanet 2 you can move objects around the environment using the touch screen.  There are also panels that can be pushed backwards to allow you to pass by.  In a stroke of genius, with the touch screen on the back of the Vita, you can then push these same panels forward again.  This series is definitely known for its innovation, so I’m very excited to see what else comes out of this title.

The next game I got to play was Virtua Tennis 4.  I’ve never been a huge tennis game fan and this one didn’t look to change my mind, but it seemed to look good and play appropriately with the hardware.  The controls were mainly based around swipes on the screen with your finger to return the ball.  It reminded me a bit of playing Wii Sports where you definitely have an added sense of being in the game by reacting to the game with real-world motions.

Little Deviants was my third stop on the Vita tour and this was another good example of a good use of the back touch screen.  There were several little mini-games playable in this demo, but one of them involved rolling a ball towards a goal.  In order to do so, you must use the back touch screen to push the ground upwards and move the ball around.  It took a little getting used to, but the mechanic was interesting and fun.  There were some instances when I was using the back touch screen where it did feel a bit awkward, but most of the time it added a great deal.  The ground moving up is a cool effect because it almost seems as though you can see you finger pushing the ground.  Bravo on this mechanic, but the game itself didn’t seem quite as polished as LittleBigPlanet.  The graphics were something you’d be more likely to see on PSN and it was simply a collection of mini-games.  With games like braving the wild frontier of what the system can do though, we’re bound to see some great stuff soon. 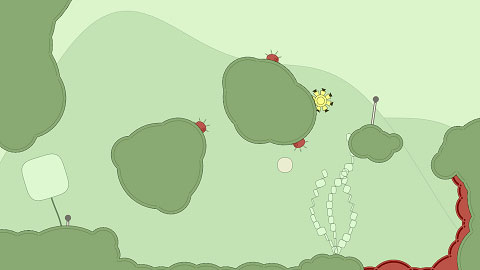 Music games are often great innovators and my fourth stop on my tour through Playstation Vita, Sound Shapes, was no different.  The game operates by someone creating a track.  This track is both a song and a level of the game.  You put shapes into areas of the screen.  Each shape makes its own sound depending on the size and position of the object.  You can another shape that has the ability to leap from object to object.  With each that you touch, more is revealed of the song.  There are also obstacles that can be put in place to make it more difficult to get through the levels.  It definitely seems like there is more that needs to be put in before the game is finished, but it was fun to play and should be interesting to see how creative people get with it.

Last, but certainly not least, on my journey through the Playstation Vita was Uncharted: Golden Abyss.  Graphically, this one was obviously the most impressive.  Just as good looking as the original Uncharted, this will not disappoint fans.  The controls remained very similar to the console counterparts and feel quite good as you are playing.  The demo had me running, leaping and climbing just like all of the other games.  One awesome addition was that when I picked up a sniper rifle, not only was I controlling the aim of it with the gyroscope controls, but when you want to zoom, all this is needed is to slide your fingers outward along the back touch screen.  It felt very natural and worked extremely well.  This game will be one to look forward to seeing plenty more when it comes along. 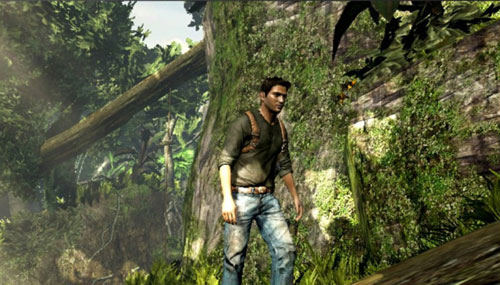 The name of the system aside, I think there is plenty to look forward to about this portable system.  Not only is Sony clearly going to keep their promise of making this a powerhouse portable system, but also their promise to make some great and innovative games for it.  My one and only concern about the system at this point is one I had about the PSP.  For a lot of these games, I’m afraid of feeling like I should just be playing these games on a TV.  I think with the right extra twists, they can make their point as to why these games are going to be better to play on a portable system.  Now, the wait begins again.

Rayman Returns To Limelight With &...