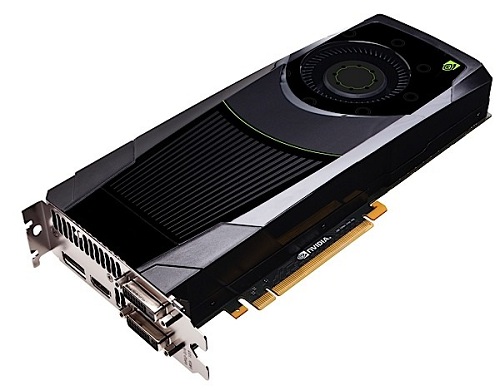 Nvidia recently released a new video card to the masses. Does it measure up? Does it unseat the previous top dog the AMD Radeon 7970? Read on to find out.

Nvidia has been teasing their new Kepler architecture for a while now promising something amazing when it finally arrived. Well they delivered. It is priced less than the Radeon 7970, and delivers between 5 and 30 percent gains across the board. At a baseline price of $499, nothing in that price range comes close.

Some of the most interesting tech in this video card is the new GPU Boost system.  What this does is dynamically adjusts the clock speed of the card depending on the demands on it. So it could be clocked at 1GHz and then adjust itself to 1.2 GHz automatically.

AnandTech said GTX 680 gives 5 to 20 percent gains over the HD 7970 in most of the recent games, with "wholly unexpected and completely stunning" gains as high as 28 percent in games like Battlefield 3 and Portal 2. The card even hung with the Radeon HD 6990 and GTX 590, not bad when you consider that those dual-GPU cards sell for about $200 more. Overall, AnandTech says "this is by far the easiest recommendation we've been able to make for an NVIDIA flagship video card."

HardOCP said “We were somewhat amazed at how this NVIDIA GPU does when it comes to gaming, pricing, efficiency, and features.”  “The GeForce GTX 680 is NVIDIA's current flagship video card with a set MSRP of $499. This puts it in competition with AMD's Radeon HD 7970 primarily, although you can find some customized and overclocked HD 7950 cards are close to $499 as well. The Radeon HD 7970 is more expensive at $549 but has often been found at even higher prices close to or over $600, again for customized and overclocked models. We have been complaining that AMD has been running roughshod over the consumer in term of pricing due to NVIDIA not providing any competition. Well, all that just ended today. Taking into consideration that NVIDIA’s GTX 680 is simply less expensive in terms of silicon and RAM the lower price may not be surprising. The fact that the GeForce GTX 680 is simply a better video card than the Radeon HD 7970 is bound to surprise many...of those of you that live under a rock considering all of the leaks NVIDIA has allowed in the past weeks.”  This pretty much sum everything up in a single paragraph.

Tom’s Hardware stated “Sometimes, when a new graphics card launches, we really have to put some effort into figuring out whether the performance and features justify the price. It’s not a science, and the right answer isn’t always crystal clear. This is not one of those times.

Overall if you're in the market for a high end video card this is the one to get. Unless of course you have an AMD processor.