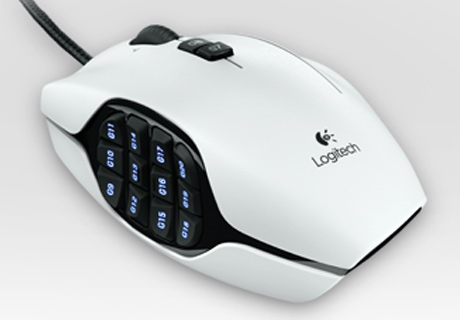 Logitech seems to have released a new mouse.  If it is a little familiar that's because the G600 MMO Gaming Mouse looks a lot like Razer Naga.  It has a similar key configuration to the Naga with all the buttons being lined up in rows for the thumb. I'm not a fan of this layout, but it seems to work for a lot of people. From what I can see these buttons seem to be more textured than the Naga’s. This is a smart idea since one of my biggest complaints with the Naga was not being able to find the button I needed quickly.  My other complaint was the mapping of the buttons. It was relegated to either the number pad or the number bar. Not many options there, something else Logitech fixed with their offering. Three memory settings, with the option of a shift key, to double up on the programming of each button, and this is looking like a hand down better mouse that the Razer Naga at first glance.  I can’t wait to do a hands on with this thing to see if the theory can stand up to real life application.