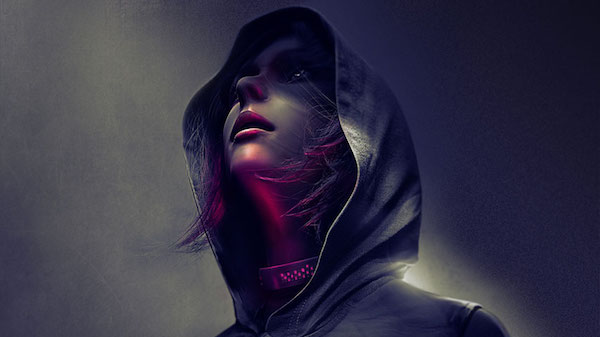 Audio logs can be a great way to fit some extra narrative content into any video game, but it seems like the use of this mechanism has been in decline lately. This is a problem that République has aimed to solve and then some. Introducing an intriguing narrative and filling the story with some truly interesting characters, République takes a unique spin on stealth and adventure games. Delivering one of the biggest gut-punching moments in recent gaming memory, this is one episodic stealth game you'll want to check out.

Starting its life as an iOS game that was successfully funded on Kickstarter, République is a stealth adventure game with a heavy focus on narrative. Set in a mysterious complex, you are tasked with helping 390-H, or Hope to her friends, escape from the clutches of the Prizrak. What sets this game apart is that you are not playing as Hope, but helping to guide her along by hacking into all of the security cameras throughout the facility. 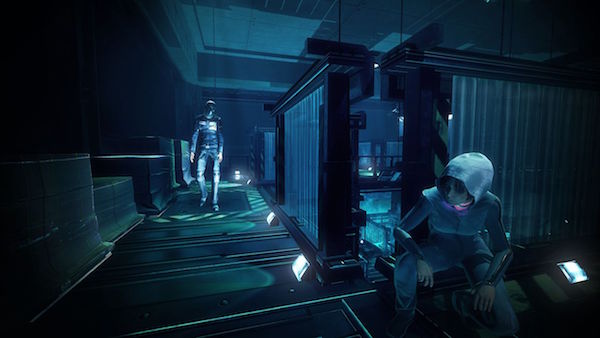 Storytelling is by far the strongest element in République. The audio logs are numerous and well-performed, painting an intriguing picture of life in the Metamorphosis facility. Giving off a major Orwellian vibe, République tells a story of intrigue, oppression and experimentation that will leave you on the edge of your seat. More than that, the immense amount of story-based material the game throws at you does a great job of making you both love and hate the various players on the stage of République.

Never before have I been as excited about collectibles than when playing République. Helping you understand the ins and outs of sneaking around the facility, a rogue Prizrak agent named Cooper communicates with you via a text-to-speech program. Almost every enemy you pass by is carrying a floppy disk with a real-world video game on it. One of my favorite parts about the collecting these floppies is getting to hear Cooper gush about all these real-world games. Even though you never hear Cooper's real voice, it always made me smile to get to hear how much he, and in reality the devs who made this game, talk about all these other games with such passion. 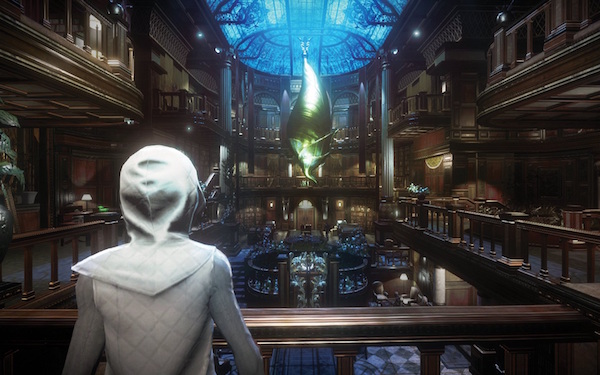 After praising the narrative so much in this game, I feel obligated to mention that there is one major problem with how it's handled. It all comes down to one thing: pacing. For nearly all of the various audio-based collectibles you can pick up or scan, you have to stop to listen. What's confusing here is that with the moment-to-moment action being sneaking around and waiting on enemy patrol patterns, it would be perfect to be able to listen to the audio logs in real time. This fact slows down the game in a negative way and feels like an excuse to lengthen the episodes. If the content hadn't been as interesting to me, I may have even opted to skip them entirely, missing out on the majority of the awesome story content in the game.

My favorite episodic games can usually be completed in bite-sized chunks. There are five episodes contained within République, each lasting about 3-4 hours if you're listening to all of the collectibles found within. This makes each episode just barely out of reach of that one sitting length, unless you're willing to blaze through, but that would rob you of understanding the bigger picture of the story. 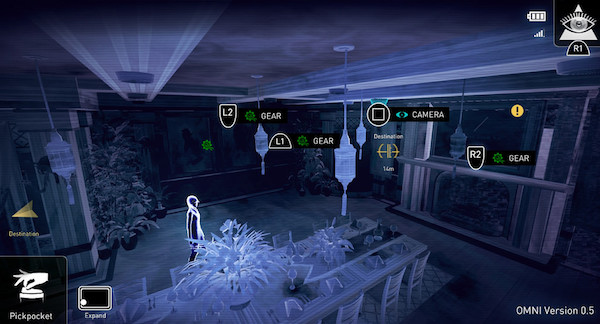 As you switch between the various security cameras throughout the Metamorphosis facility, you can guide Hope with one of the analog sticks. If you move her too far out of view, the camera you're currently in will switch to one with a better view of Hope. One unfortunate feature, when Hope is crouching and stops moving, she takes a small step backward. When triggering the camera switch, sometimes there is a bit of a delay and I usually let off the analog stick. The aforementioned step backward would, all too often, lead to the camera switching back to the previous view. Not game breaking, by any means, but certainly an annoyance that happened at least once in every episode.

Personally loving narrative-focused games, République was an easy slam-dunk for me. It looks great, especially consider it started as an iOS game, and displays an obvious love for both video games and literature through the collectibles. There are certainly some performance issues and pacing problems with the game, but nothing that can't be easily overlooked. If you're a fan of games with a great story, look no further than République, which you can find now on iOS, Android, PS4 and Steam.

Epistory - Thinking Outside the Or...