Let's say that you're taking a leisurely plane cruise in the South Pacific and suddenly your plane goes down, crash landing on a deserted island. You're still alive, but what do you do next? You get your iPhone out of your pocket and start playing the game Survivors: the Quest. It's not a training manual for your situation, but at least you'll be entertained until your battery runs out.

Ever wonder what it would be like to be marooned with a group of strangers in a wilderness location, where you must scrounge up food, water, fire and shelter? This free-to-play video game matches your tastes perfectly. Three air passengers find themselves stranded on a secluded tropical island after a plane crash. Soon they discover the island is not as isolated as it seems. Strange buildings, an old laptop and other findings suggest that the island was used for some sort of scientific research. But who was behind it? And what else is the island hiding? 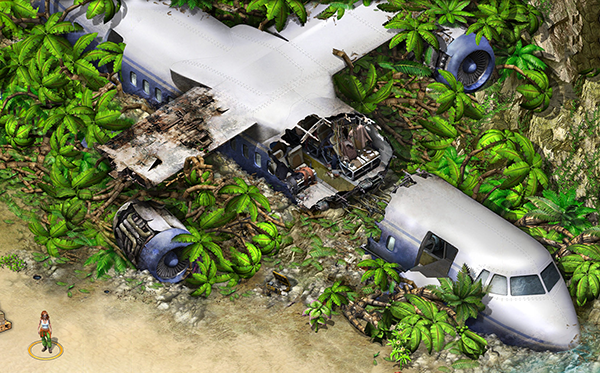 Help the survivors get along, avoid starvation, unravel a startling mystery and make their escape. Playing as each of the three characters, you will have to take care of their well-being to be able to explore the island and fulfill quests. Find and use objects to solve puzzles, collect and cook food, find your way through the jungle and complete collections to earn bonuses that help the characters keep their energy levels high.

The game plays on iPhones and iPads.

It's not real racing until yo...