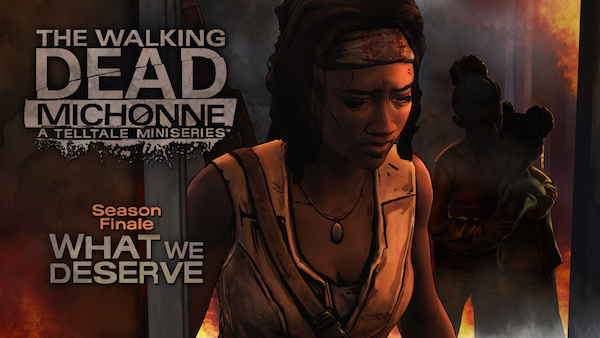 The illusion of choice is something all of the recent Telltale games have been playing with for quite some time now. Guiding these characters through harrowing events, it often feels as though they've made it through only by your wise decision-making skills. The third and final episode of the Michonne mini-series, entitled What We Deserve, is the first time the veil has been lifted for me and I realized just how little control over these circumstances the player has in the game.

Honestly, I made some unpopular choices leading up to that final episode. I know this because the game tells you the percentage of people that made the same choices you did. The entire mini-series was building towards one particular final conflict and, in spite of my efforts to prevent it, that conflict is always going to shake out in the same way. I won't go into too much more detail here, but it did break my immersion just a little bit, because I felt like I made all the right choices leading up to that moment. 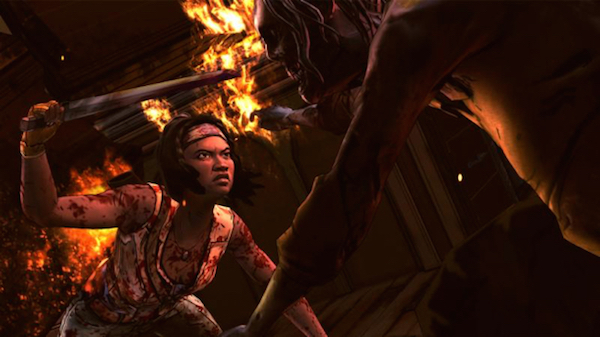 All that being said, I completely understand from a narrative point of view why it needed to happen that way. Everyone begrudgingly shaking hands and parting ways doesn't make for a thrilling conclusion to any story, much less one set in the universe of The Walking Dead. Still, I would have preferred the desperation of knowing the situation can't go well to the somewhat forced conflict with which I was presented. Had I made the choices the game wanted me to however, I can easily see this episode being an exciting conclusion to the events that led up to it.

Characterization throughout this mini-series has been expertly crafted. Nothing in the universe of The Walking Dead is completely black and white. No character is completely free of either blame or absolution. While Randall remains a heel throughout the entire series, I honestly empathized with Norma a bit more and could see where she was coming from much of the time. This makes for a much more interesting hero-to-villain relationship than can be found in many other games. Michonne's journey throughout this story feels a little more inconsequential for her character though it was still fascinating, especially in this third episode, to get more of a view into the guilt she feels over her children. 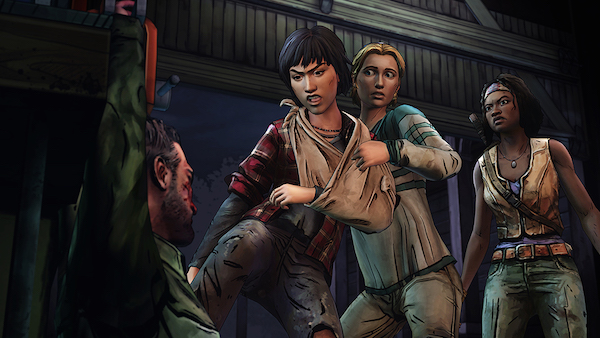 As though having personally read my review for the second episode, one of my most major complaints was addressed in this entry. Previously, the camera angle might change, which can be confusing when deciding which button is appropriate to move forward. In nearly every sequence, when Michonne suddenly turns a corner and the camera angle has changed or she finds herself crawling along the floor, a prompt popped up on screen letting me know how to proceed. Normally, this would seem pandering, but given having died a few times trying to figure out how to proceed, I'm glad for the guidance. Some frame rate hitching is still present, but it's nothing that interferes with gameplay.

This entire mini-series scares the hell out being the same length as one episode of a regular-length season game. Don't get me wrong, I actually think the mini-series idea in general is a fantastic idea. Seasons going on five or six episodes long tend to wander a bit narratively and having a tidy three-episode arc actually felt very good. The Walking Dead: Michonne makes up in style what it lacks in overall length. If you're a fan of any version of this series, definitely check this one out. You can download The Walking Dead: Michonne - Episode 3: What We Deserve today on PC, Mac, PS4, PS3, Xbox One, Xbox 360, iOS and Android today.