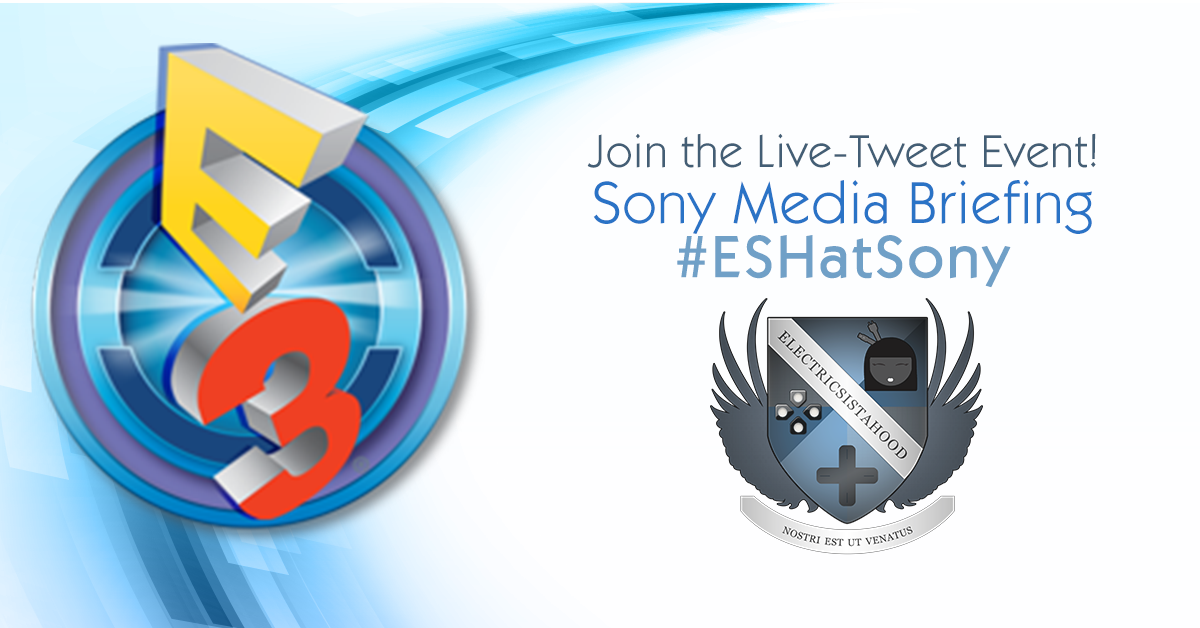 We end our E3 2016 media briefing coverage today with ESHatSony. Join our live-tweet coverage of the Playstation event with #ESHatSony on Twitter.

Join the team as we cover the Sony Media Briefing at E3 2016 live. We'll all be watching and covering the thing – some of us direct from the Athletics Center in LA, some of us from our couches...but we'll all be using the hashtag #ESHatSony on Twitter. Join in the conversation using the hashtag in your tweets or jump into the chat below and let's geek out about video games together.

But our E3 coverage doesn't end with this briefing. We'll be publishing news, sharing photos, videos and more all week long, so be sure to check out all of our E3 coverage this week and the rest of the summer of course.